Volatility increased, but natural gas price continued to be supported in the short term 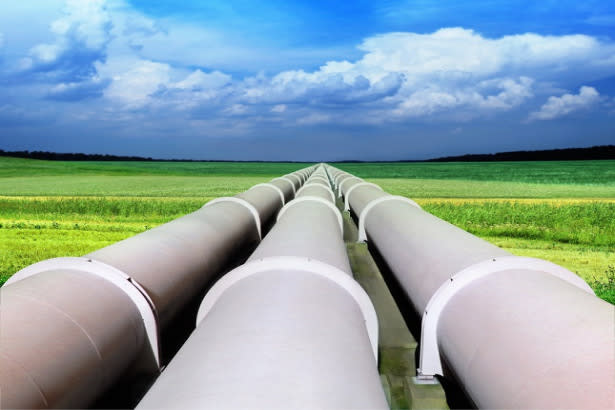 Last week, the price of the reference natural gas futures contract in Europe experienced a strong increase in volatility, which led to a new all-time high of €227.20 on Monday, before falling -27.35% on Wednesday and -18.91% on Thursday, and close the week down -31.84% from the previous Friday’s close.

Since the beginning of the war, the volatility of the price of natural gas has increased considerably and is estimated to continue this way due to fears of additional sanctions that include the energy sector.

Additionally, these expectations of the implementation of some measure that puts at risk the level of gas imports to Europe will also provide important support to the price in the short term.

Gas flows from Russia to Europe are on the rise

Despite fears of a possible reduction or total suspension of natural gas flows from Russia to Europe, as a retaliatory measure against the application of economic sanctions by the United States and the European Union, natural gas flows have feel in recent days.

The Yamal-Europe outage, which had flow in the opposite direction since the end of December, started to show sporadic flows from Russia to Germany from February 25, but since March 8 the flows have been continuous.

Additionally, the flow through the Nord Stream 1 pipeline to Germany, as well as the flow to Poland and Slovakia through the Ukraine, have been maintained during the war.

The Italian foreign minister, Luigi Di Maio, comments that “in two months the country will manage to reduce its dependence on Russian gas by half and by winter it will be able to achieve even more”, thanks to the “availability of Algeria, Qatar, Congo and Angola to increase the amounts of gas” that they send to Italy.

According to Reuters figures, Italy imports 90% of the natural gas it consumes and about 40% of those imports come from Russia.

On the other hand, the German government is in talks with Qatar to achieve cooperation on energy issues, as part of another effort to increase gas imports from suppliers.

Qatar has declared that it would be able to redirect between 10%-15% of the volume of liquefied natural gas that it exports to Europe.