Voices: Rishi Sunak is the ‘tax-cutting chancellor’ who hasn’t actually cut any taxes 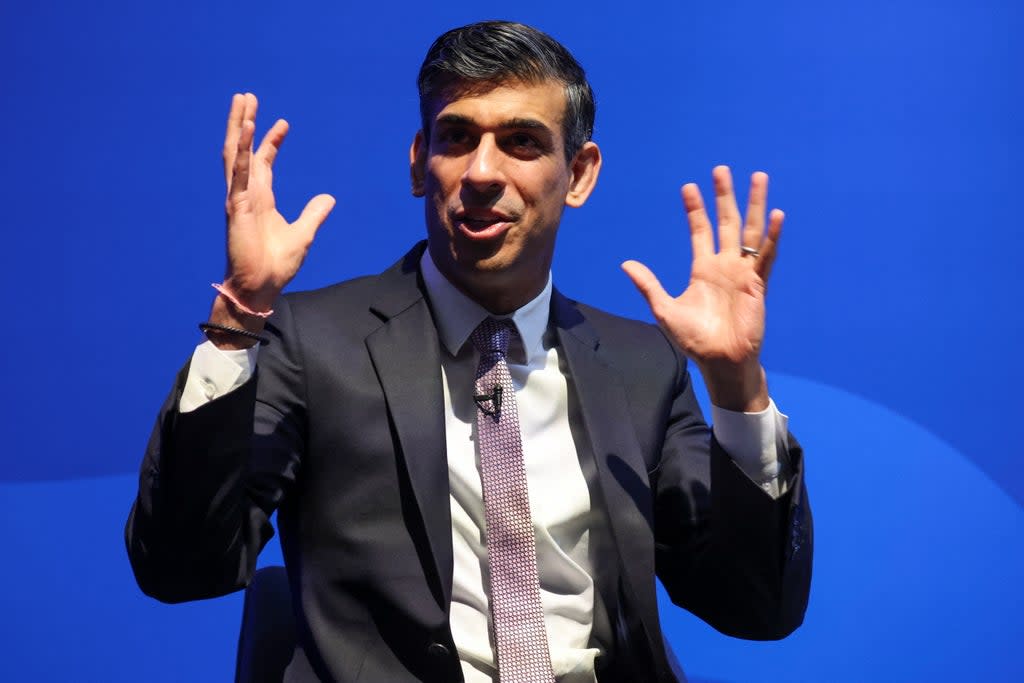 For those of us who don’t quite understand why Putin is bombing Ukraine to get a British prime minister off the hook for breaking the law and then lying about it in the House of Commons, there are some sudden signs of cautious optimism.

With much more egregious events occurring elsewhere, the question of Johnson’s own egregious personal was gone, but due to the frank mismanagement of the paper by whoever is in charge, the Conservatives have foolishly allowed their own spring conference in Blackpool go ahead. That now is precisely a day, and the motto on the lectern could well be: “No, we really are like that. Did you forget?

Rishi Sunak fired the starting gun: “My priority is to cut taxes,” he said, just as he said in the November budget, during which he announced the biggest peacetime tax increases in decades, and which sparked The daily telegraph to describe the speech as “The death of conservatism”.

It’s never entirely easy to figure out exactly what’s going on with Sunak, mainly because he’s significantly less brilliant than he thinks. There is, quite possibly, a part of him that actually believes he is actually cutting taxes, even as he raises them to the highest level since the end of World War II.

And even as it goes ahead with a rise in social security contributions, which will cost ordinary families hundreds of pounds a year, in the face of an unprecedented energy crisis and Europe’s first major war in 80 years, it really does. at the same time. at the same time he talks about his mission: his great belief in tax reduction.

It’s not easy to see how he’ll get away with it (aside from inevitably cutting them off again before the election). Usually in politics you can get away with saying one thing and doing precisely the other, but people tend to notice when their monthly take-home pay goes down, and it’s clearly because the chancellor who loves cutting taxes keeps raising them by mistake. .

Oliver Dowden, the party’s chairman and chief culture warrior, has been welcoming literally dozens of Blackpool delegates, telling them that what the British people want to see “is a little more Tory pragmatism and a little less dogma.” net zero”.

And this, no doubt, is in itself a bit of conservative pragmatism on the part of the president, in that it was only a few months ago that he personally bragged on Cop26, issuing large public pronouncements about the number of tech companies that he had convinced. Sign up for Net Zero, apparently no one cares anymore, so don’t worry, Oliver Dowden doesn’t either.

Matt Hancock, meanwhile, is still trying to make Matt Hancock happen, this time positioning himself as the leader of the Ukrainian refugee effort, making his ever more desperate attempt to open his new home to as many refugees as possible. possibly can.

Around 200,000 Britons have signed up to welcome Ukrainian refugees. And what Matt Hancock has in common with absolutely all of them is that he is not in government in any way. All that distinguishes him from the other 200,000 selfless individuals is that he is the only one who has been busy launching op-eds and doing TV interviews about his own selflessness, as Richard Madeley wasted no time telling him.

If the war in Ukraine has gotten Johnson off the hook, one would think the average minister in his cabinet would have the sense not to at least admit it publicly. People are dying by the thousands, after all, but enter Jacob Rees-Mogg, for whom breaking public safety rules you yourself created and then lying about them, has now been exposed for the “fluff” he always was.

Is it necessary to point out that 150,000 people died, and that absolutely everyone lived a very miserable life for a long time, to try to keep that horrible figure down, and that stuff like that isn’t really nonsense?

Probably not. Nor is it worth dwelling once more on one of the enduring stories of the last six years, which is that all Rees-Mogg seems capable of doing in public is embarrassing himself.

Meanwhile, Peter Cruddas, the former Tory party treasurer whose peerage last year was in no way related to the vast amounts of his own private treasury the party continues to receive, has been on the radio. Boris Johnson, he says, “is the best thing that has happened to this country in a generation.”

Look, it’s never easy to know precisely what a generation means, especially since Johnson has prematurely killed one and personally sired another, and each of us is entitled to our opinions.

If you think Johnson is better than the worst financial crisis since the great depression, better than covid, and better than the first major war between European countries since the 1940s, then, well, maybe we’ll concede that he could at least go to a Photo. Finalize.