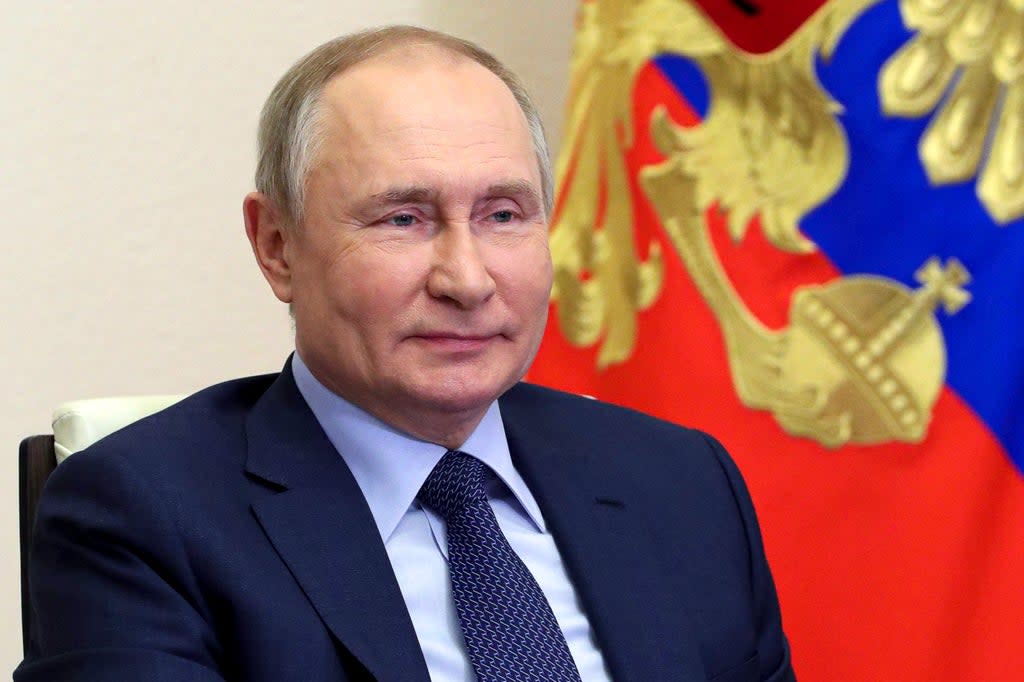 Vladimir Putin seemed to be preparing the Russians for a possible downsizing of their ambitions in Ukraine, shifting from seizing kyiv to fighting for control of the east.

As the Russian president’s troops suffered a series of setbacks, Moscow said the “special military operation” would now focus on the “main goal, the liberation of Donbas.”

There were hopes that the move could amount to a reduction in the invasion, as Ukrainian troops were believed to be regaining ground around the capital of kyiv.

Western intelligence also suggested that a Russian brigade commander, Colonel Medvechek, was deliberately run over and killed by his own troops.

In the defeated city of Mariupol, authorities said some 300 people were killed in a Russian airstrike earlier this month on a theater where hundreds of people were sheltering.

If confirmed, it is likely to lead to renewed calls for Western powers to step up military support for Ukrainian forces.

In his late-night speech, Ukrainian President Volodymyr Zelensky said that more than 16,000 Russian soldiers had been killed in the conflict and called on Moscow to negotiate an end to the war, but warned that it would not cede sovereign territory.

Western officials said the Russian statement was an acknowledgment that its forces were overstretched and that they may have to “pause” operations in kyiv and other cities while they concentrate in the east of the country.

“It is clear that Russia is recognizing that it cannot conduct its operations on multiple axes simultaneously,” an official said.

“So it has to concentrate its force, particularly its logistical supply and firepower, on a more limited number of approaches.”

The former British ambassador to the US, Lord Darroch, believed that Putin was trying to reformulate his goals, having said from the start that one of them was to “de-Nazify” the government in kyiv.

“I think he is trying to get his version of events out first. It’s a pretty shaky story, let’s face it, but he’s trying to create the narrative in the hope that the Russian people will buy into it and hide how bad this has gone,” he told BBC Newsnight.

The former diplomat said “this was certainly not the plan”, adding: “They did not launch a multi-pronged invasion a month ago to say now that it is really just Luhansk and Donetsk.”

An intelligence assessment by the UK Ministry of Defense said the Ukrainians were continuing to press against Russian forces advancing on the capital.

In other developments, Environment Minister Victoria Prentis told the Telegraph she had taken in a Ukrainian refugee who is a friend of the MP’s daughter.