Vinícius: “I will continue at the biggest club in the world” 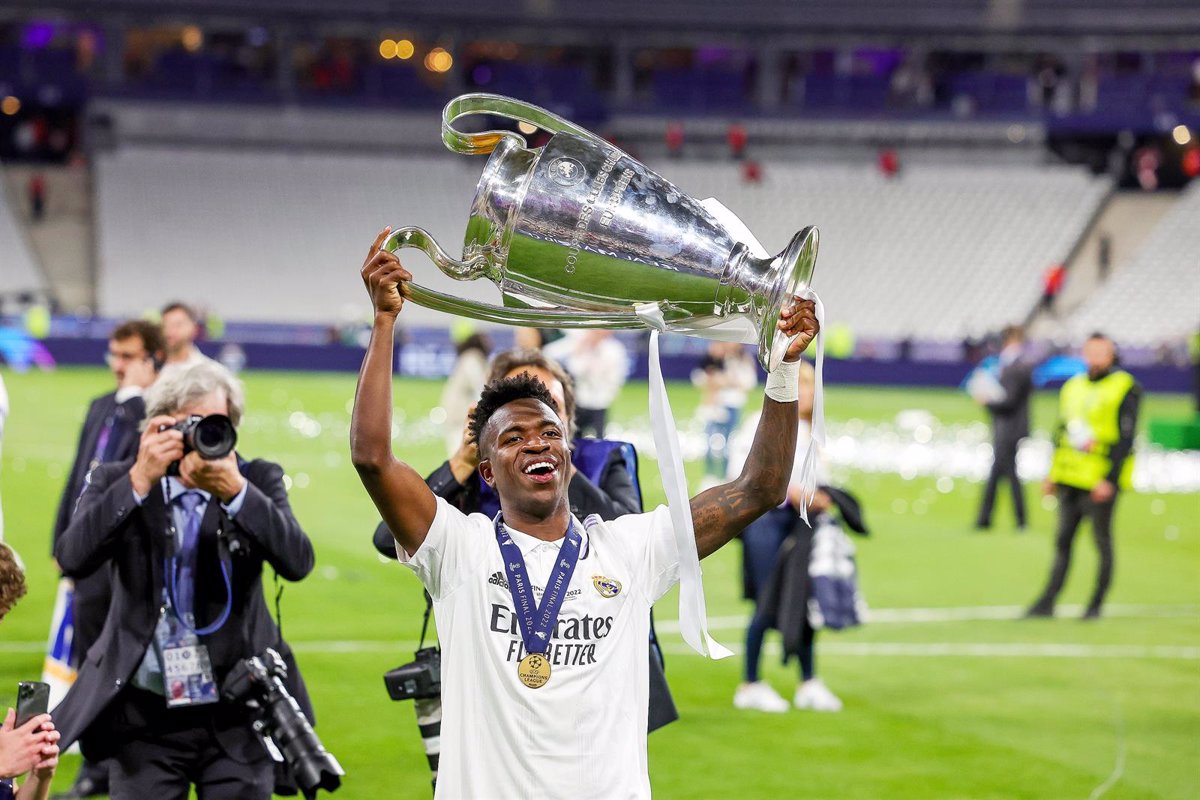 Real Madrid’s Brazilian striker Vinícius Junior has assured that he intends to renew at the ‘biggest club in the world’ despite possible offers from other teams, explaining that Frenchman Karim Benzema is one of his main backers and ‘does everything’ . ” for him “in the field”.

“I will continue in the biggest club in the world,” he confirmed on the show “Bem, Amigos!” from the Brazilian channel SportTV, the winger, author of the goal in the Champions League final, who came to the white team in 2018 from Flamengo for 46 million euros.

He also highlighted the good mood in the dressing room. “It’s the most cohesive team since I arrived. The celebrations were different this year, we all felt something special. Younger people came, with Rodrygo, Militão, Camavinga and me. Everyone loves each other, that’s important,” he said.

In a different order, he downplayed the episode where Frenchman Karim Benzema asked his teammates not to pass the ball to the Brazilian during the break of a game. “There was nothing. Karim has a lot of affection for me, he always did everything to help me. The next day he came to talk to me, he said it wasn’t. I’m always fine in a good mood, I did that, don’t take it negatively. He always does everything for me on the pitch,” he explained.

“There’s a lot of pressure at Real Madrid but I’ve had the help of Karim Benzema, Marcelo, Casemiro, from the players with more experience. I’ve developed over time. This season I’ve done well, so that’s it normal for the next one to be better than this one,” warned the striker, who has scored 22 goals in 52 games this year.

He also showed the “affection” they all have for Italy coach Carlo Ancelotti. “He always talks about Kaká, Pato, Rivaldo, Richarlison… He always tries to help us, he has a very young coaching staff that gives us information and confidence. Sometimes he scolds us because he has to,” he joked.

Finally, Vinícius assured that the Brazilian team has “the best atmosphere in the world” and highlighted Neymar as the “best player” of the “Canarinha”. “Rivals are putting more and more pressure on him and he asks us to run into space because he has an exceptional quality to find us. He does everything for me, he’s a great friend for me and the younger ones. The pressure is greater for him, but he calls it responsibility. It takes it from us too,” he concluded.