Vinicius: ‘Benzema always tells me to be brave since I’ve been at the club’ 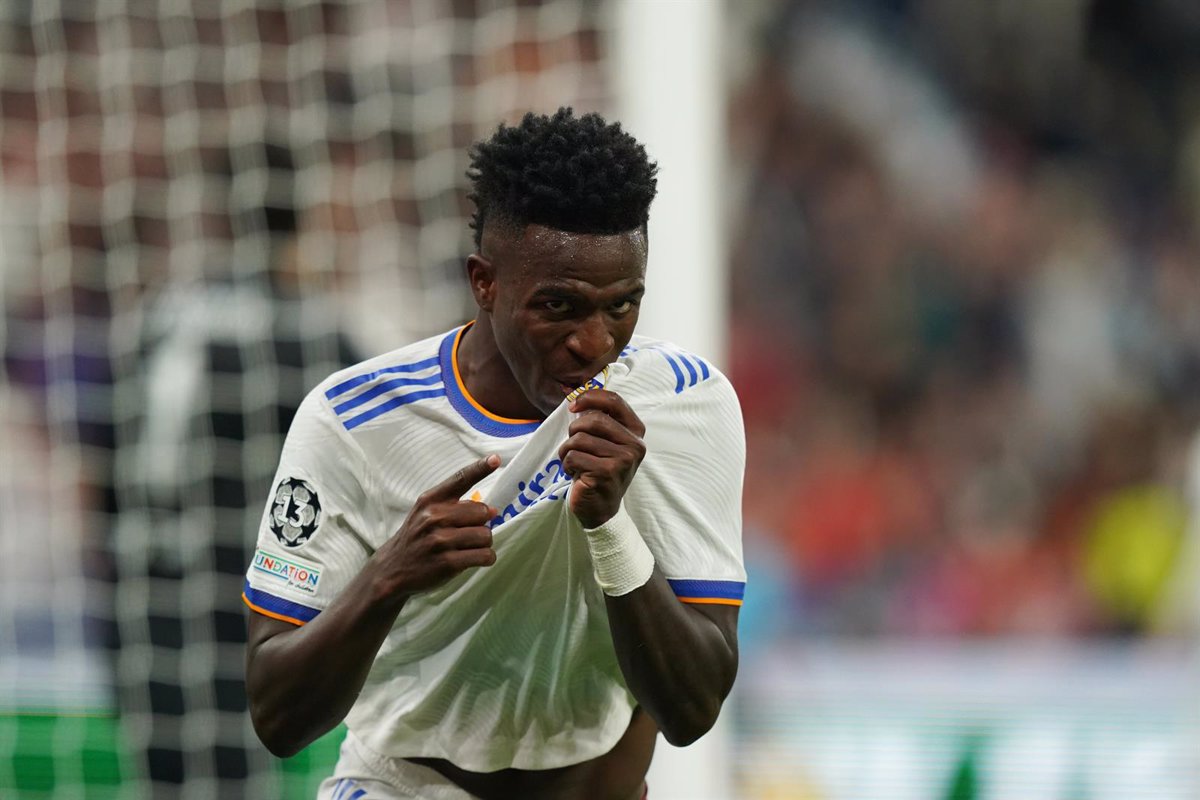 Real Madrid’s Vinicius Junior, a Brazilian, declared this Monday that he would do “everything” to fulfill his desire to know how to face the Champions League matches at 10,” recalling the Madrid side’s fourteenth European Cup as well to Karim Benzema’s advice to be ‘brave’ on the pitch.

“It’s important to win as many games as possible, especially when you want to win important titles like the European Super Cup. We’re preparing for the season and the game on August 10. We’ll do everything we can to to attempt.” to win the first title of the season,” assured the Brazilian in an interview with UEFA media, analyzing the match against Eintracht in the European Super Cup.

The Brazilian, who had his best season as a Real Madrid player last year (22 goals and 20 assists), praised the club’s idyll with the Champions League. “It’s the DNA of this club and this shirt and it always comes up in the important games. We have players who know how to approach the Champions League games,” he said.

He recalled his goal in the final against Liverpool to win the title as an “unrepeatable sensation”. “Only someone who has scored in this type of game in the Champions League can understand that feeling. It’s indescribable. You don’t know how to put it, how to say it, there’s no way to explain it. Only those who have lived football and experienced the emotions that we have experienced this season, they know how important it is and how happy it makes you,” he added.

“After a wonderful season it was only fair to crown us with a win in the final. I’ve been playing football for more than fifteen years and you never know when you’re going to play a final so I wanted to enjoy it.” it to the fullest,” he said of the fourteenth.

And the comeback against Manchester City in the semifinals was a crucial point for the final. “Some matches become an emotional rollercoaster and we know how to bring them to our ground. In two minutes Rodrygo came out and scored two goals that took us to the final. That was the most important moment of this competition,” he admitted .

“We managed to get the best out of ourselves as a team throughout the season. We managed to combine the experience of the most experienced players with the youngest. That mix has been key to winning titles this season,” he said of the connection between the two youngest and veteran rosters.

He thus highlighted his ‘very good’ relationship with Benzema on the pitch and revealed the advice the Frenchman gives him. “It’s always important to have an impact in games and Karim has always told me to be brave since I came to the club. You have to shoot to score or pass to help. If not, keep at it,” he said.

Finally, the 22-year-old winger highlighted his dribbling as one of his strengths. “I always try. Even if it doesn’t work out, I’ll try again,” he admitted. “I want to advance as much as possible and give my team the opportunity to play the best game on the field. If I manage to dribble, there’s one less opponent for me and one less for everyone,” noted.