Viewer’s Guide to the 2022 NCAA Tournament: Why You Should Watch Sunday’s Elite Eight Games 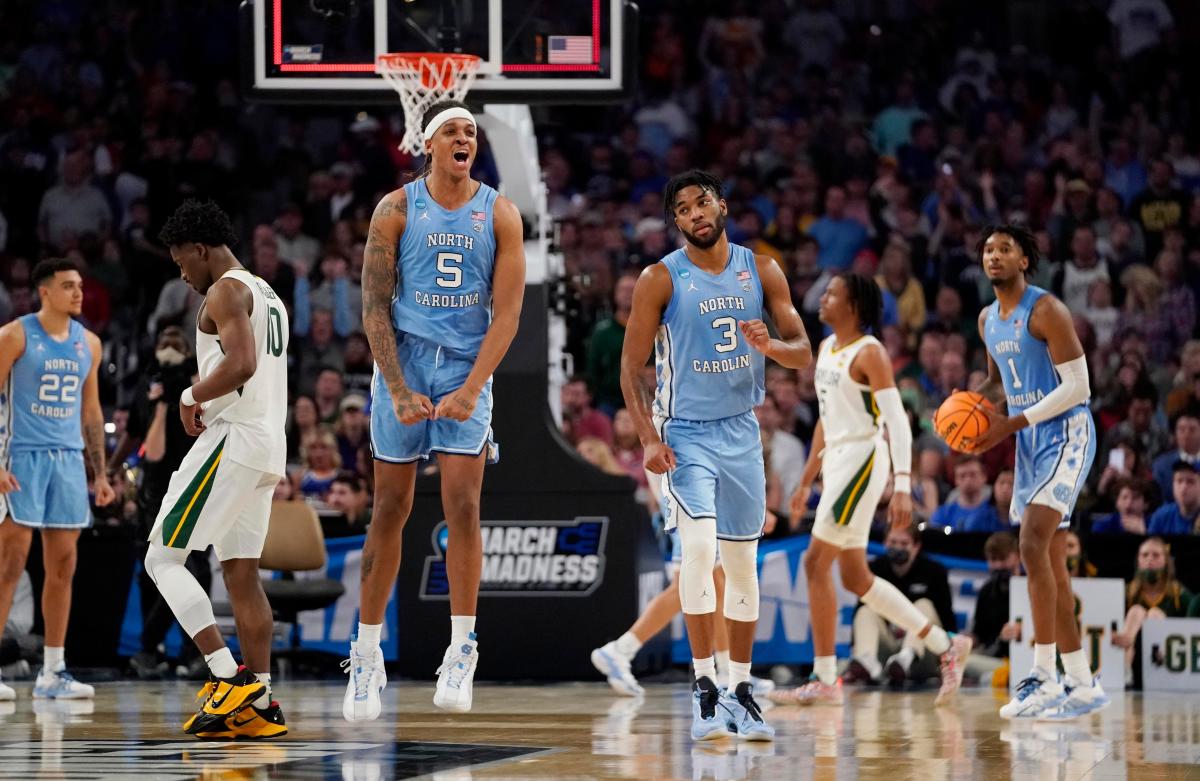 Before the men’s Final Four can be set, there are two more New Orleans tickets due in Sunday’s Elite Eight matchups.

Two of the teams taking the court represent the top layer of college basketball. North Carolina and Kansas are making their 30th and 26th appearances, respectively, at this stage of the tournament, trailing only Kentucky for the most all time. The schools have a combined 35 trips to the Final Four.

At the opposite end of the spectrum, there are two double-digit seeds in the Elite Eight for the fourth time since the tournament began seeding teams in 1979. One of those double-digit seeds is Saint Peter’s, the highest seed to advance that far. Before the No. 15 Peacocks beat Purdue, no school ranked higher than 12th had won their Sweet 16 game.

No. 10 seed Miami made history of its own by reaching the Elite Eight for the first time by beating Iowa State. And Jim Larrañaga did the same by becoming the first coach to take two different programs as double-digit seeds to the Elite Eight.

A breakdown of both matchups:

Why watch: Hurricanes are not a fluke. Though they struggled early in the season, the veteran group held together with Larrañaga’s steady hand guiding them. Miami has won 10 of its last 13, including a win over No. 2 seed Auburn in the second round. The Jayhawks shouldn’t walk all over them after close games against Creighton and Providence. Bill Self’s tournament record also includes some surprising losses. Look for the Hurricanes to rely on Kameron McGusty and Isaiah Wong to provide the offense and their disruptive defense to thwart Kansas and keep this game close.

Why it might disappoint: With Big 12 player of the year Ochai Agbaji and size inside, Kansas, among the nation’s leaders in field goal percentage, has the ability to score in bunches. That’s something Miami has to address by controlling the pace. The more rhythm there is in the game, the better it is for the Jayhawks and that could lead to the Hurricanes playing from behind.

Why watch: The Peacocks have captured the nation’s attention with their unlikely streak that includes losses to Kentucky, Murray State and Purdue. Another win would cement them as the last Cinderella in tournament history. Shaheen Holloway’s team hasn’t backed down against other big names, so it won’t against the Tar Heels. Carolina is also making an amazing run after an up-and-down regular season in which she failed to reach her potential. Back-to-back losses against Baylor and UCLA were the result of decisive shots at crucial moments. Caleb Love was the hero on Friday and will be a challenge for the San Pedro defense.

OPINION: San Pedro right in the script for this NCAA Tournament

Why it might disappoint: Cats have nine lives. It’s unclear how many Peacocks they have, but it’s worth wondering if this team that was 12-11 before winning its last 10 games to get here will finally run out of luck. North Carolina is physically bigger and Armando Bacot’s size will cause big problems. The Tar Heels will want to play fast and if Love and Brady Manek make outside shots, this game could get out of hand.