Videos | The Ghost Towns of the Ukraine War 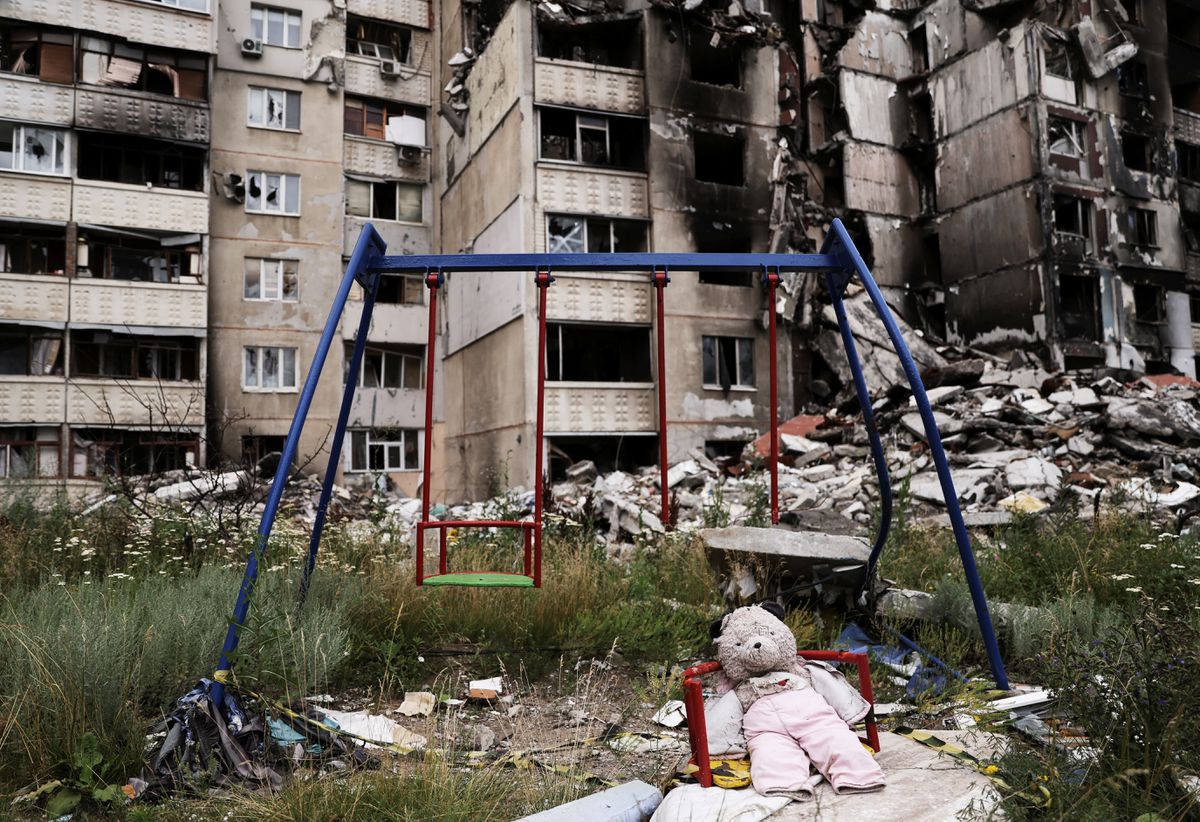 All cities look the same after a bomb attack. The same holes left by rocket impacts, the disfigured buildings burned and covered with rubble, and impossible living conditions for their inhabitants. The war in Ukraine has destroyed dozens of cities through airstrikes and ground combat. Many of them have become ghost towns, where only those survive who have nowhere else to flee. In the video that accompanies this news, you can see what life is like in three ghost towns left by the war in different parts of their geography.

One is in the Saltivka district of Kharkiv, Ukraine’s second largest city, which once had more than half a million residents in its huge Soviet-built apartment blocks. Now the same buildings are empty, decaying or burning. In some there are still people who have not left, like Viktor Lazar, who fetches water from a broken pipe in the basement because the supply has been cut off. After filling a basin, he faces the camera and says, “This is my house. where will i go

In the Zaporizhia region, a retired military officer tells Anna she is not afraid to live in Mala Tokmachka, a small town where they survive without electricity, running water or gas. “Fear or not, we have to hold out here,” he announces. There is no longer anyone in this town to till the land, to take care of the business, or to clear the rubble. In Popasna, a neighbor who left his house when the conflict started has returned for the second time to check on his condition: the roof has collapsed. “In all wars there is peace, but the question is: what is its price?” asks the man, just before loading some belongings into his car to return to a safe place.

Previous articlePrincess Sofia of Sweden: Therefore, in the event of a divorce, she has no right to the family home
Next articleDGT anticipates 6.9 million trips for Operation August 1 Exit, which begins tomorrow