Videos | In the library of Manuel Vilas: “I’m in literature because living drives me crazy” 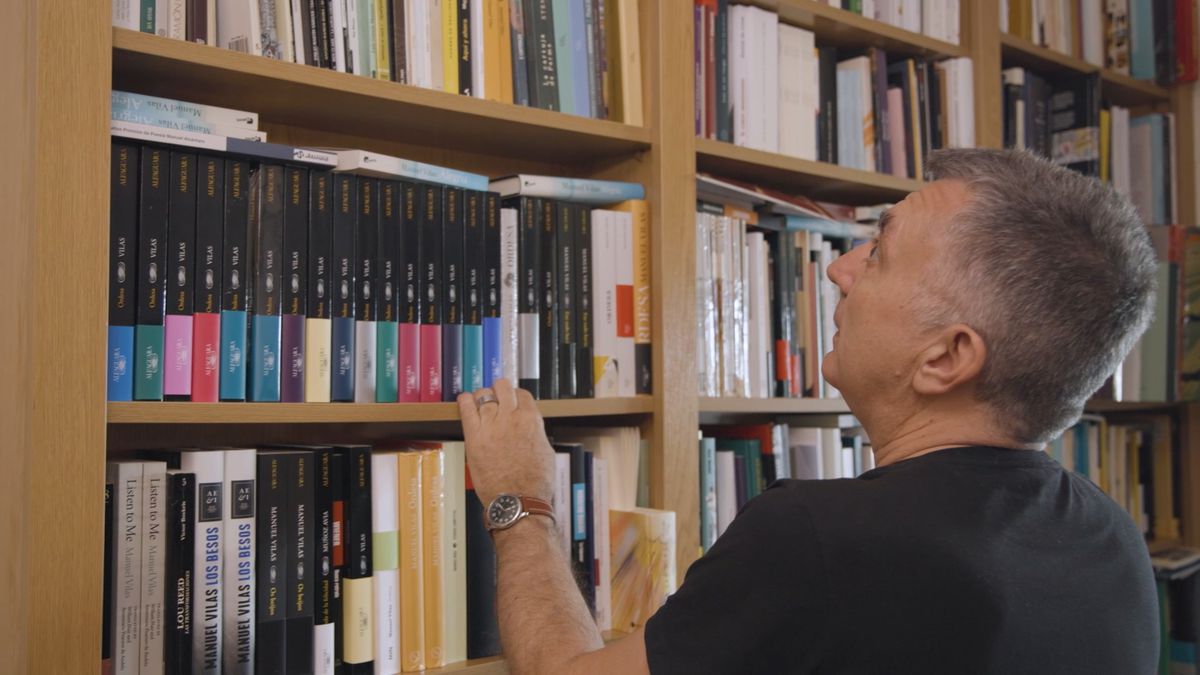 Manuel Vilas (Barbastro, 1962) library is a shipwreck. It spreads disorderly throughout the house. In the hall, in the living room, in the bedroom, in the office… Buñuel, Cernuda, Cervantes… Any piece of furniture, even chairs, can accommodate books. It’s the living reflection of a chaotic life, but accepted. And lived. Lively. That of someone who has traveled the world many times and, as his admired Lou Reed used to sing, fearlessly walked on the wild side. “I am in literature because I have seen that it is deeply connected to life. What drives me crazy is life,” says the novelist, who is just sixty.

He strategically placed it on the table in the living room Complete Works by Franz Kafka, which he inherited from his father. These two burgundy leather-bound books are your best mirror. The memory of who he is and why he does what he does. The reading that made him a writer more than thirty years ago, on his way to his first assignment as a teacher in Teruel. “I never found out why my father bought this collection of books. At the age of twelve they took him out of school, he had no education, he experienced the post-war period, he suffered from hunger…. I think he bought it for me to read. The fact that I can make a living from writing seems to me a marvel of the historical, social and sentimental redemption of this Spain,” explains Vilas in the interview for this new episode of in the library of.

This “strange effort” by parents to educate their children was the author’s great philosophy of life and literature Order (2018) and happiness (2019). But Vilas could not be fully understood without also mentioning his never-ending fascination with the Rock’n’Roll. “I think that music and literature have the same energy. When I was young I read Baudelaire and listened to Dylan, they nourished me as well,” he comments on his book Lou Reed was Spanish between hands A passion that has managed to infect his students in the two decades that he has been a literature teacher. “One year I put her into sophomore high school Kafka’s CastleIt’s a difficult read. I got them to read it because they saw me excited. When the student sees an enthusiastic teacher, he reacts.” And he also points out that he is very optimistic about the new generations.

What does Manuel Vilas’ library look like? Which books have influenced you throughout your life? Why is it more by Cervantes than by The Quixote? How do you understand literary activity? Which Virginia Woolf book would you have liked to have written? Above all, why is he a great vitalista? This interview with Manuel Vilas is the last in the series “In the Library of”, an audiovisual format by EL PAÍS in which we have discovered the personal libraries of great writers such as Nobel Prize winner Mario Vargas Llosa, Arturo Pérez-Reverte or Rosa Montero, among other things.