Videos | In Mario Vargas Llosa’s library: “I’ve never felt like a foreigner thanks to books” 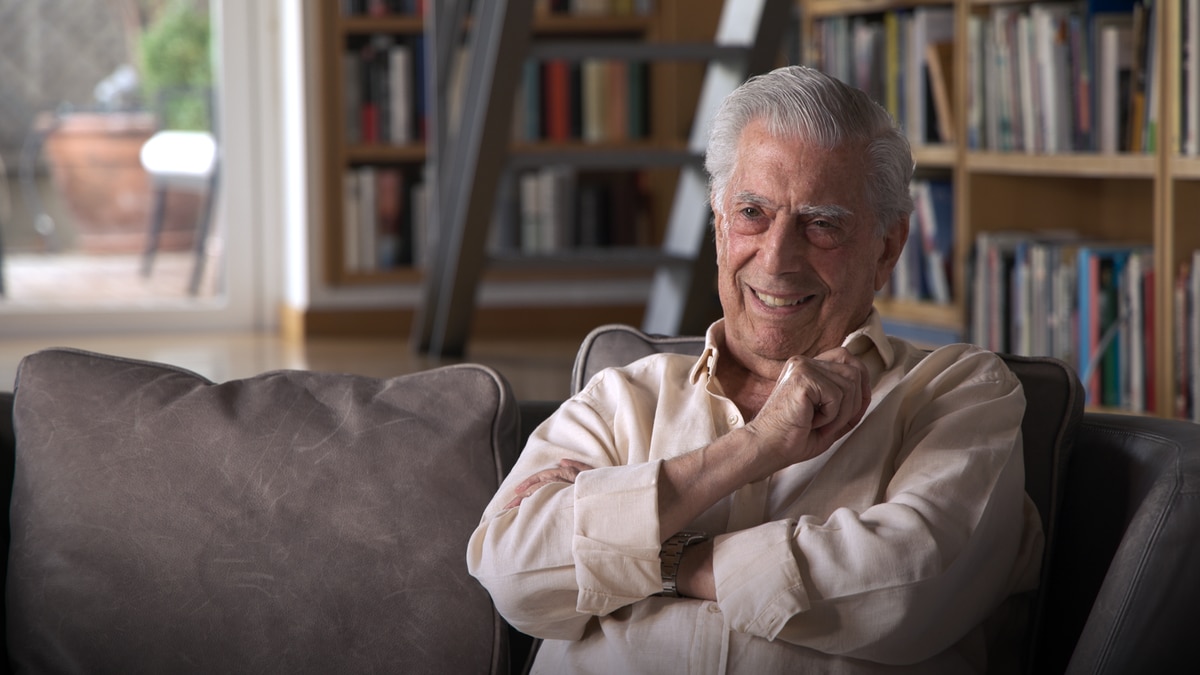 Mario Vargas Llosa (Arequipa, Peru, 1936) laughs vigorously at many points in the conversation. His laughter is sonorous and enveloping, the kind that spreads unintentionally. Two months ago, the coronavirus chained him to a hospital bed, but he has made a full recovery. The Nobel Prize does not end at the age of 86. In April he published an essay on Pérez Galdós, he has just returned from the book fair in Buenos Aires and is already planning his next novel. What is most surprising, however, is the clarity he maintains when looking back into the past. “In all the countries I’ve lived in: France, England, Spain… I’ve tried to feel at home and connect to his books. Thanks to that, I never felt like a foreigner,” he explains in the video of this new episode of in the library of.

With such a nomadic and exciting life, Vargas Llosa’s personal library is scattered halfway around the world. At his apartment in Paris, where he had finished writing The City and the Dogs, retains some of the French classics that most influenced him in his early years. He gave away about 20,000 to the public library that bears his name in Arequipa — where all his books will end up when he’s gone. The jewel in the crown is located in the center of Madrid. On this bright and spacious floor he built one of his largest and most complete libraries. Spread over several rooms and a basement, he keeps some of his most valuable books there. Below is the first edition of Mrs. Bovary. “I’m very excited to know that Flaubert, who I admire so much, could have played it. Thanks to him, I know what I want in life,” he comments excitedly, running his finger over the year of publication.

Vargas Llosa is a frequent theater reader and likes to have books on politics, history and philosophy near the glass table, where he works without a computer and surrounded by his iconic hippo characters. He who played Cyrano de Bergerac as a young man, writing the letters that his military school colleagues sent to their girlfriends, has a large collection of poetry: Góngora, Miguel Hernández, Lorca… “I also started writing poetry write, although at first I thought that in Peru there was no point in devoting myself to literature. When I learned to read at the age of five, I remember how the world expanded and my life was enriched. I’ve never lost that feeling.

Who is the writer Vargas Llosa has read the most? And the novel that finally awakened his literary vocation at the Leoncio Prado Military Academy? Why did Gustave Flaubert’s work show him what kind of writer he wanted to be? What are your most important novels? How is your library organized? In which book appears The Quixote defend and assert Mario Vargas Llosa reflects on these and other questions in this interview in his library in Madrid.

- Advertisement -
Share
Facebook
Twitter
Pinterest
WhatsApp
Previous articleAdam Sandler: Critically despised for Oscar’s bet while continuing to carry on as usual
Next articleThe Count of Atarés murdered his wife the day she was about to leave him

Father of Bataclan Attack Victim: ‘I Managed to Live On’