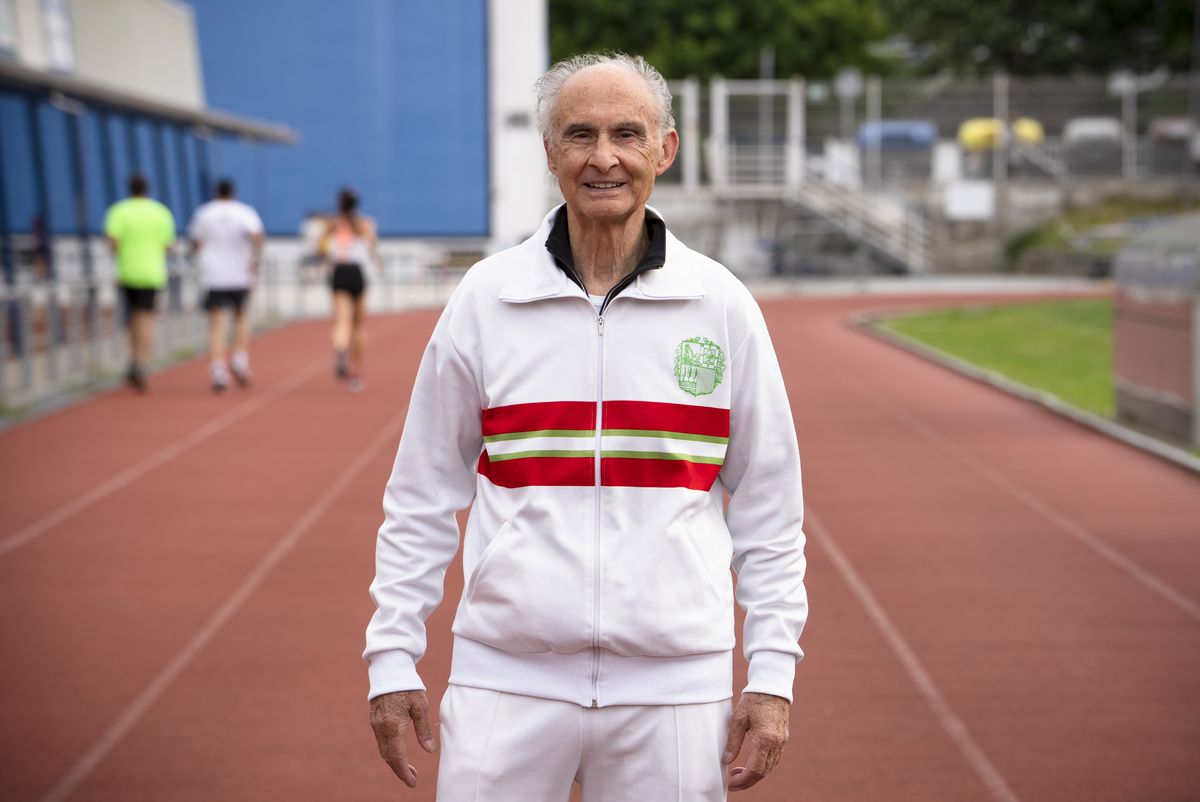 When Armando Roca broke the Spanish record for the 100 meters, the Beatles didn’t exist yet, man hadn’t reached the moon and Philips was projecting the world premiere of the first cassettes. Shortly after, Roca was also champion in the 200 and 4×100, the other two big speed tests. Now, more than half a century later, in the age of smartphones and 5G networks, this Catalan architect continues to challenge the limits of his body on tartan.

He does it every week in Tolosa (Gipuzkoa), a city that dazzled him and where he has lived and trained since 1962, when at a rally for the Spanish team he met his wife Mercedes Ceberio, a worker at the Concentration Hotel in the wo where the national team was staying. “For my husband, athletics comes first; second, the family; and third, the architecture,” she says. And he adds: “The day Armando has to leave him… Absolute family drama. I dont want to know it!”

César Roca, son of Armando, is also his coach. He has a degree in exercise and sports science and assures that the relationship with his father is very fluid at the track: “There is no argument. There is a very special complicity between father and son in every training session.” In addition, his father is always the one who draws the binomial, he says: “Whenever a competition ends, he starts talking to me about the next one. Always look to the future.”

Armando Roca, winner of dozens of metals in many championships, has been a full international with Spain 14 times. Now, en route to 88 Springs, he looks back from his beloved Tolosa and reflects: “What makes your body run 30 or 40 meters at full speed is something imperishable. It lives through years and years in a moment. For me it’s the same feeling as when I was 15.”