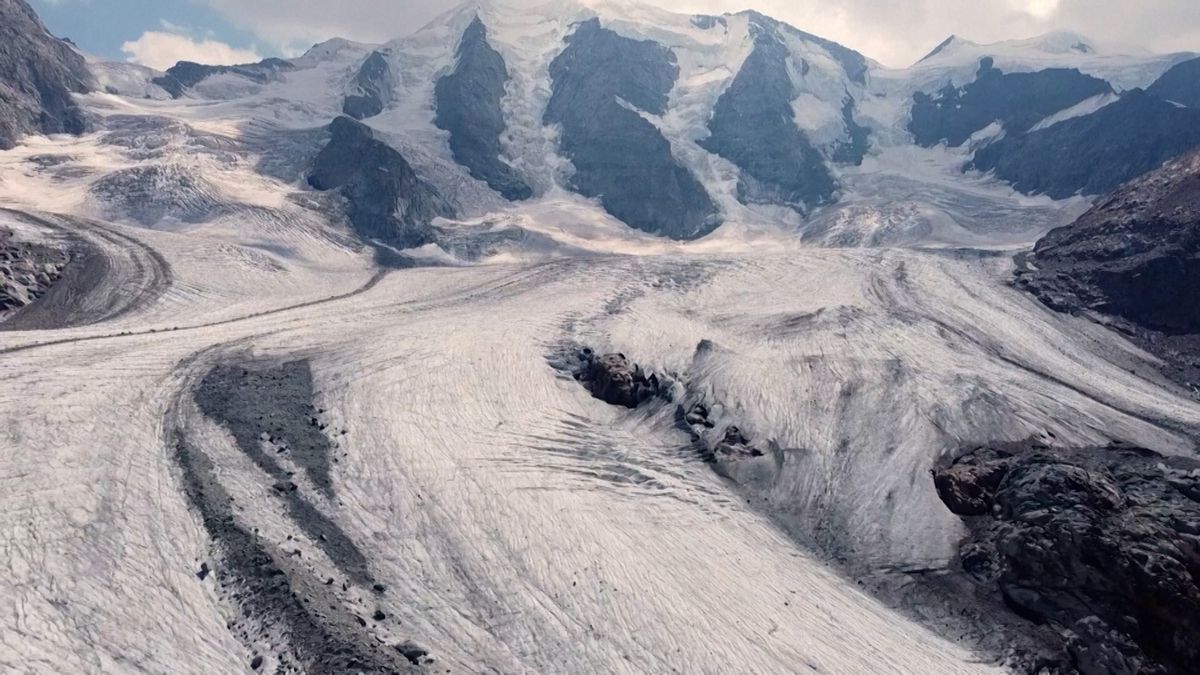 As can be seen in the video accompanying this news, the heat waves are destroying the glaciers of the Alps, which are on the way to suffering the greatest loss of mass in at least 60 years, according to the data provided by the Reuters agency. Because of their size, these glaciers are very vulnerable to global warming. To measure how much a glacier has shrunk over a period of time, scientists just need to look at the difference between the amount of snow that falls in winter and the amount of ice that melts in summer. Since last winter, when there was little snow, the Alps have experienced two major heat waves in early summer, including one in July with temperatures hovering around 30 degrees Celsius in the Swiss town of Zermatt. During this heatwave, the height at which the water froze was measured at a record 5,184 meters, compared to the normal summer level of between 3,000 and 3,500 meters.

Swiss glaciologist Andreas Linsbauer usually climbs the Morteratsch Glacier at the end of September, taking advantage of the end of the summer melting season in the Alps. That year, excessive ice loss forced him to ascend earlier to check the condition of this 15-square-kilometer glacier and perform emergency maintenance work for its survival. The Morteratsch has changed a lot since the glacier appeared on the tourist maps of the region. The long tongue that previously jutted into the valley has shrunk by almost three kilometers, while the depth of the snow and ice cover has shrunk to as much as 200 meters. A parallel glacier, Pers, flowed into it until 2017, but after it retreats, its place is taken by a sandy expanse that expands between them.

As you can see in the video, the logging rods used to record changes in mantle depth are in danger of becoming detached entirely as the ice melts, requiring new holes to be drilled. Most of the world’s mountain glaciers are retreating due to climate change, and temperatures in the Alps are warming at a rate of 0.3°C per decade, about twice the global average. If greenhouse gas emissions continue to rise, glaciers in the Alps are expected to lose more than 80% of their current mass by 2100, and many will disappear, according to a 2019 report by ONU’s Intergovernmental Panel on Climate Change. Ice loss this year 2022 has scientists and glaciologists from Austria, France and Italy worried as many glaciers lost part of their lower snouts ahead of August, the month of the biggest melt of the year.

- Advertisement -
Share
Facebook
Twitter
Pinterest
WhatsApp
Previous articleElectric bikes of the year: the best innovations from the biggest brands and outsiders
Next articleSocial Rights is calling an urgent meeting tomorrow to address the “attacks” on Roma families in Jaén