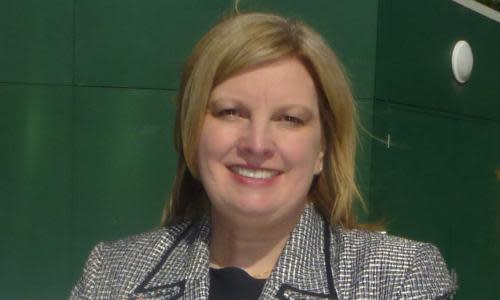 Victorian Liberal MP Wendy Lovell has been heavily criticized for saying there is “no point” in having social housing in wealthy areas “where children can’t mix with others”.

Lovell, who pointed to the inability of low-income families to afford “the latest sneakers and iPhones” as one reason children would have a hard time adjusting, made the comments Wednesday during the House debate. high of the state parliament on a Greens bill to set a target to end homelessness in Victoria by 2030.

The former housing minister said the most vulnerable Victorians must have access to long-term social housing, which is integrated with public and private residents.

Related: Yoorrook Justice Commission: How will the truth-telling process work and what will it achieve?

“It only creates stigma if people can see that difference, so we need to make sure that [social housing] properties are not as identifiable as they have been in the past,” Lovell told the Legislative Council.

“It doesn’t make sense to put a very low-income family, probably dependent, on the best street in Brighton, where kids can’t mix with others or go to school with other kids, or where they don’t have the same ability to have the the latest in sneakers and iPhones.”

Lovell said social housing residents need to “really fit into a neighborhood” so they can “have a good life.”

Labor MP Mark Gepp, who grew up in public housing in the 1960s, in his speech described the comments as “bloody disgraceful”. It elicited an interjection from Lovell and another fierce response from Gepp.

“Everybody in this place heard it loud and clear … ‘Oh, we don’t want kids being made fun of because they have a Samsung phone instead of an iPhone,'” he said.

“Well, to hell with that, because your position on the socioeconomic ladder should never determine your participation in this society under any circumstances. You should be ashamed for suggesting that I should.

“[She] he made some exceptionally clumsy comments when talking about stigmatization,” he told reporters outside parliament.

“As a former housing minister, she certainly tried to find the best intention. It certainly hasn’t been said that way. In my opinion, social housing should go where services are available to people who need them.”

Prime Minister Daniel Andrews dismissed Guy’s claim that Lovell had been “clumsy” with his words.

“No, she didn’t… you can’t say those things and then double them down,” he said.

“The people who live in public and social housing are all of us. My grandparents lived in public housing. They are members of parliament who spoke so passionately and eloquently yesterday about growing up in public housing,” he said.

“It’s the tens of thousands of Victorians on the housing waiting list who are shut out of the skyrocketing housing market. It is an issue that affects us all.”

Related: Inside the lower house of Victoria, where non-government businesses are not allowed

“Matthew Guy should step in and apologize, not just on behalf of the Liberal Party, he should apologize to everyone who has ever lived in public housing,” Wynne said in a statement.

In 2017, the Victorian government announced it was building 10 roughhouses on South Road in Brighton, one of Melbourne’s wealthiest suburbs.

Brighton MP James Newbury in the 2018 election announced that a coalition government would close the facility and sell the land.