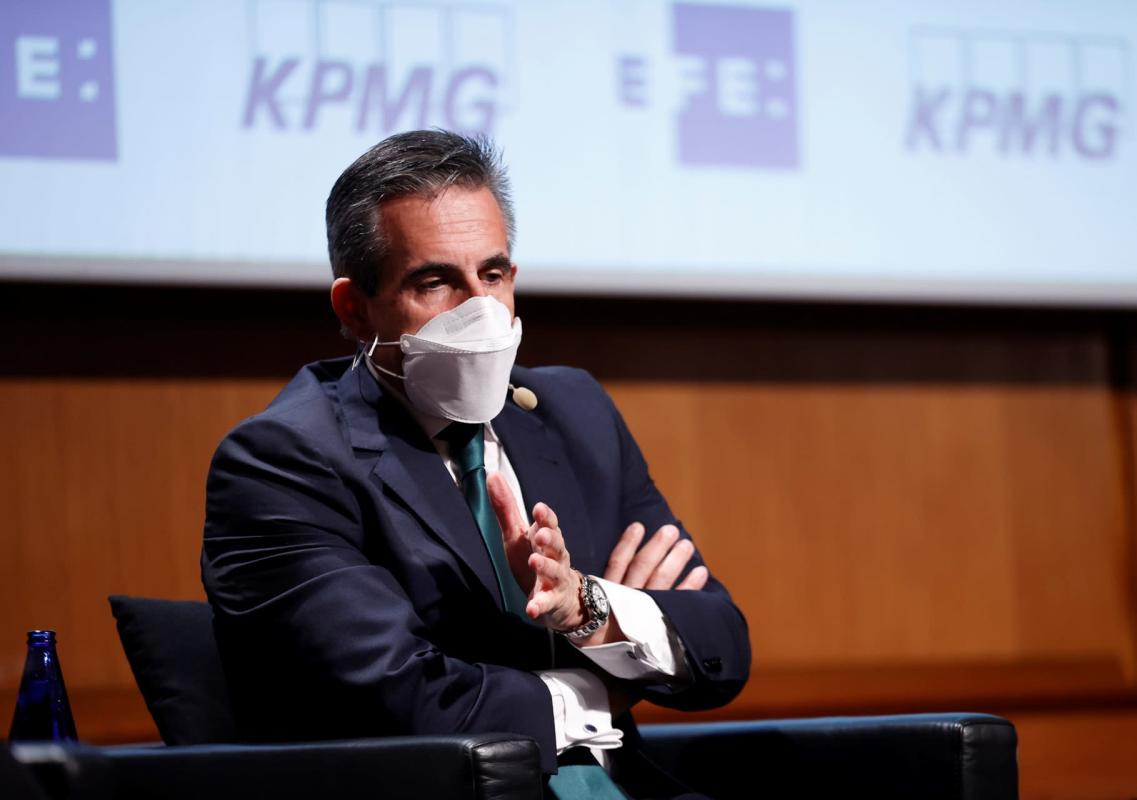 Madrid, March 28 (EFECOM).- Víctor del Pozo has left El Corte Inglés after five years as CEO and only two months after renewing as such for another five years, a decision that, as explained on Monday by the group of distribution, the manager himself has taken “at his own request and for personal reasons”.

From now on, and as approved today by the Board of Directors of El Corte Inglés, it will be a delegated executive committee that will take the reins of a group that is in the midst of transforming its business model, with a strategic plan in Marcha, and with its IPO in mind.

The former CEO renewed his position on January 26 at the Extraordinary Board of El Corte Inglés for another five years, which he will not fulfill due to his brilliant departure from the group and when he was called to become the key man after joining the group of Mutua Madrid.

Without the figure of the CEO, the highest body of the group has unanimously decided to create the aforementioned commission, which will be made up of the president Marta Álvarez, the directors José Ramón de Hoces and Javier Rodríguez-Arias, and two general directors: José María Folache and Santiago Bau Arrechea.

The new structure at the top of El Corte Inglés aims to “strengthen management and promote” the Council’s strategic plan, “within the framework of most practices” of corporate governance.

The Board of Directors, meeting this Monday in Madrid, has considered that it was “necessary to open a stage that responds to the challenges of the future with a renewed team and professionals specialized in the different areas covered by the group”.

The department store giant points out that these changes also respond “to the new scenario that emerged after two years of great complexity in the macroeconomic environment.”

Rodríguez-Arias, an executive of the group, has been appointed director, while folache will be in charge of directing the retail business and Bau will assume the businesses of the corporation and those of new creation.

Folache and Bau will report directly to the delegated executive committee, which is added to the three existing Board committees: the Audit and Control Committee, the Appointments and Remuneration Committee, and the Sustainability Committee.

The Shareholders’ Meeting of July 23 of El Corte Inglés presented the roadmap for the 2021-2026 period, whose aim is to place the department store giant in a new dimension and strategically boost the business, after the impact of the pandemic of covid-19.

The new lines of the company were compiled in that five-year plan that, supposedly, was going to be piloted by Del Pozo.

The group’s objective was to recover in the short term the transfer of profits after the negative accounts of 2020, which ended with the largest losses in the company’s history (2,945 million euros).

However, Del Pozo will not be the commander of that operation and the figure of Marta Álvarez at the head of the company is reinforced, appointed president in July 2019 and in April 2021 also of the Ramón Areces Foundation, the main shareholder of the chain of distribution, with 37.39%.

A TWIST FOR THE SAME IDEA

This five-year period is marked for the next company with the same objective of undertaking an unprecedented digitization process in the face of new consumption habits that the pandemic has accelerated, in addition to recovering the level of sales prior to the spread of covid-19.

El Corte Inglés has opted for the new turn in its dome, but with the same course, when the group’s sales in the first half of 2021 were settled at 5,503 million, which represented an increase of 25.1% over the same period from the previous year.

The changes coincide almost in time with the strategic alliance with the Mutua Group, which meant a total income for El Corte Inglés of 1,105 million and resulted in a strong reduction in debt, among other issues.

On the 18th of this month, El Corte Inglés completed a refinancing of its bank debt with 21 entities for a maximum aggregate amount of up to 2,600 million and a term extended by at least two years, until March 2027.

With the conditions of its debt improved, its capital and shareholders recomposed with the entry of Mutua and with the forecast of positive accounts to close the year, El Corte Inglés has given another turn of the screw in its direction, now without Del Pozo and distributing parts of the executive in a commission also made up of Marta Álvarez.