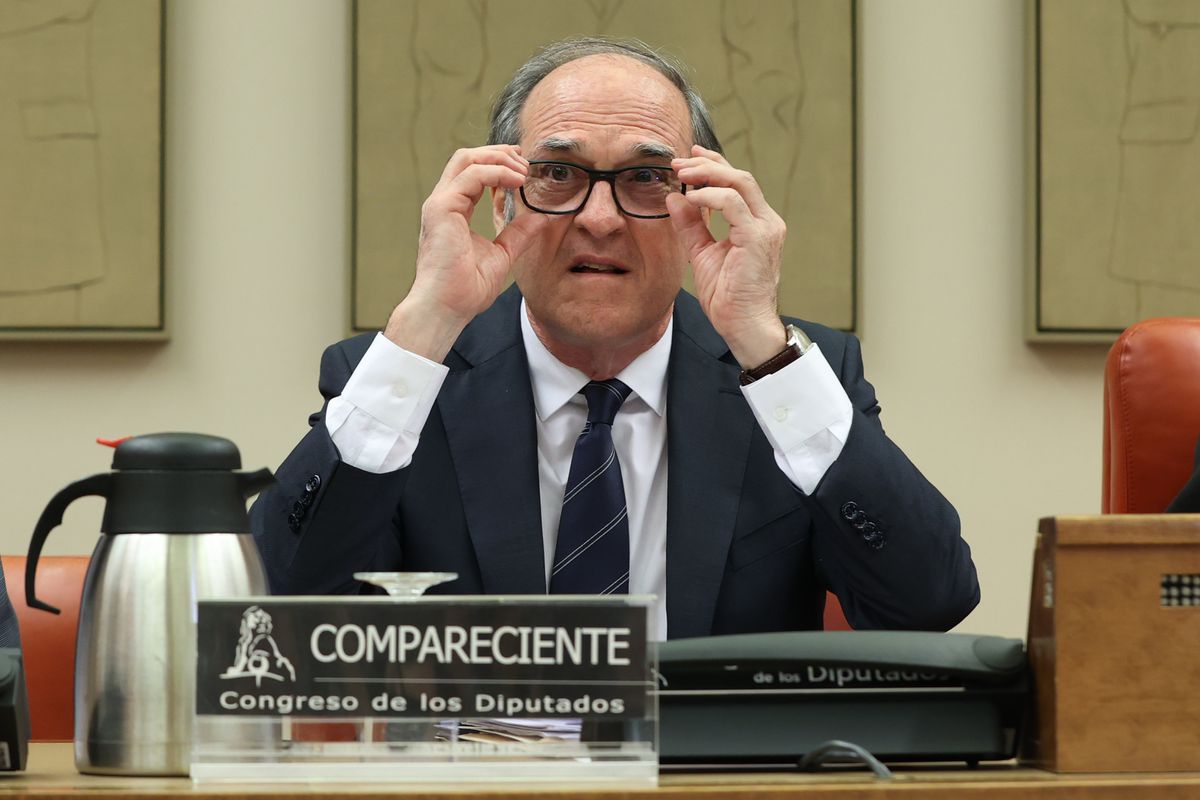 Victims have a direct way of advising the ombudsman on his investigation into pederasty in the Spanish Church, the agency’s head, Ángel Gabilondo, reported Monday at the Mixed Commission for Relations with the Ombudsman, where he appeared on own desire to give an “account” of the work done so far in this matter. This consultation channel is called the Association Forum, a space where the representatives of the organizations of victims of abuse who wish to do so will contribute “their experiences and positions in various working sessions” in order to collect indications and recommendations that the defenders can later include in the final report that the Congress of Deputies commissioned three months ago.

Gabilondo has also announced the formation of two work teams. The first, an advisory commission composed of 17 specialists and three members of the Office of the Ombudsman, Gabilondo himself and his two deputies, Teresa Jiménez-Becerril and Patricia Bárcena. The remaining members are external consultants from the professional and academic fields with experience in victim support, legal knowledge and victimology. Among them stand out Miguel García-Baró López, professor of philosophy at the Pontifical University of Comillas and coordinator of the Repara project – Office for the Care of Victims of Abuse of the Archdiocese of Madrid –; María Jesús Raimundo, Prosecutor of the Technical Secretariat of the Attorney General’s Office; Letizia De la Hoz, Advocate and Assistant Advocate at the Apostolic Nunciature; Lourdes Menacho Vega, President of the General Council of the Official Associations of Educators and Social Workers; María Vilches Fernández, Prosecutor and Advocate for Equality and Gender Violence of the General Council of the Judiciary; Julián Carlos Ríos, criminal defense attorney and mediator in restorative justice cases for crimes of terrorism and sexual abuse within the Catholic Church; Josep María Tamarit, Professor of Criminal Law at the Open University of Catalonia and co-author of the report Sexual Abuse in the Catholic Church: Analysis of the Problem and the Legal and Institutional Response and the co-author of the same report Gema Varona, Professor of Victimology and Crime Policy at the University of the Basque Country. The work of this group is to collect, evaluate and analyze the testimonies collected with the aim of producing a report that reflects the true dimension of the abuse problem in the Church and its cover-up. “The Advisory Commission is not a court,” Gabilondo clarified.

The other team will be a unit consisting of 10 full-time employees who will take care of the victims. Everyone has experience with this type of interview. The defender has announced that he will have an apartment in Madrid where an office dedicated to the care of victims will be opened. A location away from the institution’s headquarters that guarantees privacy during the process of hearing pederasty survivors. In the same way, it will allow for an electronic mailbox – accessible through its website – and a contact telephone number. Gabilondo has made it clear that his role will be to collect data and not to be a “victim therapy unit”. Work is expected to begin in early July.

The defense attorney has also asked EL PAÍS for access to the cases of pederasty in the Catholic Church, which he has been reviewing since 2018, when he began his journalistic investigation on the subject, in order to include this material in the preparation of the report. Among the data requested are the two reports sent by the newspaper to the Vatican and the Spanish Bishops’ Conference (CEE); the first, last December, with 251 unpublished cases; and the second, last week, with 278 testimonies pointing to 200 new cases, in addition to another 44 priests who had previously been reported. So far, at least 840 cases and 1,594 victims of clerical pederasty have come to light, according to the accounts kept by this newspaper in the absence of official data.

Regarding the deadline for submitting the report to Congress, Gabilondo has made no progress. However, he has made it clear that he will appear regularly on the mixed Congress-Senate commission to report on his progress. In principle, it is also planned to present a document in 2023 before the end of the legislative period, which summarizes the investigations to date, with the work being continued until necessary. The Ombudsman’s position does not end with the legislature, but was elected last November for a five-year term.

The main objective of the report commissioned by Congress is to establish the facts, establish forms of redress that can explore the possibilities of civil liability, and propose actions and recommendations for legislative changes to improve institutional awareness of this issue. It is not yet clear whether a sociological study will be carried out on the data collected. In France, the Commission is tasked with dealing with this issue produced a report through a survey estimating that at least 330,000 French people have been victims of clerical pedophilia since the middle of the last century.

The Church’s relationship to the defense attorney’s investigation remains a question mark. Gabilondo stated during the performance that he initially asked the bishops to attend, but they took a step back. The bishops pledged last April that they would not be part of that commission, reasoning that they could not be “judges and juries” on this type of initiative. However, both the President of the CEE and CONFER (Spanish Conference of Religious) added that “they will cooperate in whatever you ask of them”. At the same time, the law firm Cremades & Calvo-Sotelo — a firm that the Spanish bishops have tasked with investigating pederasty in the Church for the past several decades — was open to collaboration. The work of this law firm has dealt with about 60 complaints from victims in the last two months, although half stem from events that took place outside the church sphere.

Access to church archives, as well as the statements of the possible perpetrators – bishops, religious superiors, members of the clergy, etc. – is essential for the defense attorney to prepare a full account of the problem. However, both dioceses and parishes are under no obligation to open their files or provide the dates of cases they have tried or heard in their own courts. A right contained in the 1979 treaties between the Spanish State and the Holy See.

If you know of an unreported case or would like to add new information to those already published, you can write to us at the email address [email protected]