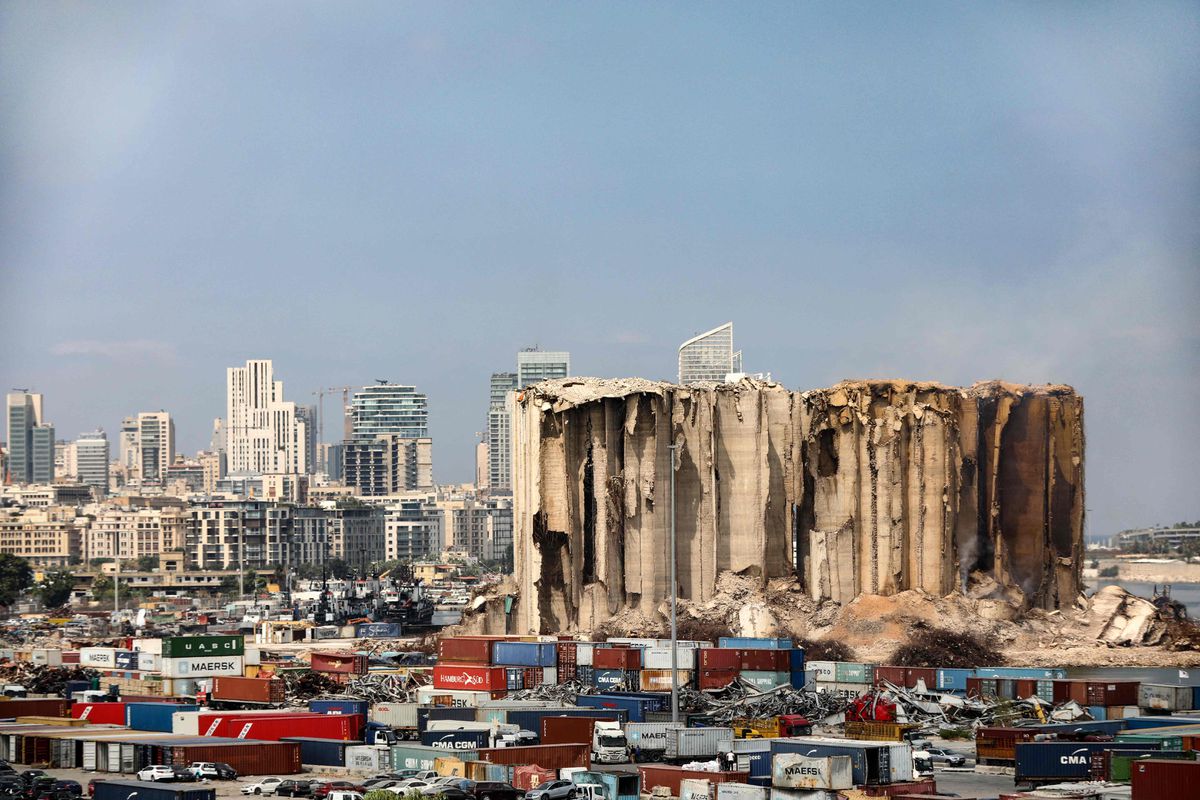 Lebanon is spiraling into a failed state without offering reparations to the victims of the blast that devastated the port of Beirut two years ago, in one of the largest known non-nuclear detonations, devastating almost half the city. “The government is taking refuge in impunity and is blocking the judicial investigation,” lawyer Tania Daou, who lost her husband while accompanying her to a doctor’s visit on the afternoon of August 4, 2020, cried on Wednesday via video conference from the Lebanese capital. The crystals thrown by the sweeping wave cut his throat.

“The Lebanese judiciary has been behind schedule in dealing with the claims of the victims and their families for more than two years. It is necessary for international justice to intervene,” lamented this tragedy survivor in a digital appearance organized by Human Rights Watch (HRW). This NGO, along with Amnesty International and three other humanitarian organizations, appealed to the UN Human Rights Council on Wednesday to conduct an independent investigation “immediately”.

The blast that devastated the port of Beirut and surrounding neighborhoods, killing more than 200 and injuring 6,500, also caused €5,000 million in property damage. The remains of the port silos collapsed in a fire earlier this week, another symbol of the carelessness with which the disaster was planned.

The open judicial investigations in Lebanon have been dormant since 2021, when judge Tarik Biktar summoned senior government officials to testify. The blockade imposed by the political authorities under the guise of official immunity obtained through appeals has so far prevented any official from being investigated.

The explosion happened at a storage facility for ammonium nitrate, a substance used in fertilizers and explosives. The shock wave hit more than 75,000 homes and displaced 300,000 Beirut residents from their homes. Its echo reached the island of Cyprus, about 200 kilometers away. The ammonium nitrate was brought to the port of Beirut in 2013 aboard a Moldovan-flagged ship that had unloaded more than 2,700 tons. An estimated 550 tons were stored at the time of the great fire without it being known who the importer was and where the rest of the cargo ended up.

“No one has been charged and the internal investigation has stalled,” warns Aya Mazjub. HRW researcher in Beirut. “A coalition of human rights organizations and survivors of the blast is now turning to the international community for justice,” he said. France, the colonial metropolis of Lebanon, did not favor the path of an investigation by the Human Rights Council, Mazjub said during a debate on Zoom.

Independent experts join them from Geneva, the European headquarters of the organs of the United Nations UN Human Rights Council They also called on Wednesday for international justice to be applied. “It is one of the greatest tragedies in recent history and yet the world has done nothing to find out its causes,” agreed three official reporters in a statement quoted by France Presse. Human rights experts have been demanding for two years that the Lebanese government and the international community respond to demands for justice and redress from survivors and families of victims of the Beirut port blast, which they attribute to “negligent governance” and widespread corruption.”

“I’m still breathing, but I’m dead inside,” admitted Mireille Jury, whose 15-year-old son was killed in the Beiruti disaster. “I have a right to know why I lost my son and who was responsible. So far, Lebanon and the rest of the world have let us down,” he lamented in the same letter that international and Lebanese NGOs released to the international press. “It is vital that justice is done, not only for the victims, survivors and their families, but also for Lebanon, which cannot continue to stand on such weak foundations,” he added. Antonia Mulvey, director of the NGO Global Legal Action, in the same joint statement.

Pope Francis, who was forced to suspend a trip to Lebanon in June for health reasons (and the country’s instability), reminded the Vatican this Wednesday that in cases like the Beirut blast, “the truth should never be hidden.” . Lebanon remains the Middle Eastern nation with the highest percentage of Christians, with 40% of its population ascribed to various rites of Christianity.

No stable government for three years

Without a stable government, the International Monetary Fund has already warned against failing to implement approved bailout programs to bail out Lebanon’s economy, which has been in bankruptcy for more than three years. Sunni billionaire Nayib Mikati, who was able to form a cabinet last September after months of chaos, is trying to consolidate himself at the top of the executive branch. Mikati, who was prime minister in 2005 and 2011-14, embodies the clientelistic power-sharing model that has led to the ruin and misrule of the Mediterranean Levantine country. He is also one of the richest Lebanese, having sold his telecommunications company for €4.65 billion in 2005.

Hezbollah, the powerful pro-Iranian militia party, and its Shia and Christian allies lost a majority in the Lebanese parliament in last May’s elections. The first elections after the outbreak of the greatest political and economic crisis since the civil war that drained the country between 1975 and 1990 also reflected societal dissatisfaction with the post-war sectarian power-sharing system.

In the months leading up to the explosion, the social protests are against a ruling class only trying to perpetuate the Status quo They have already shook the Lebanese streets on a scale unprecedented since the civil war. Two years after the blast, Lebanon is still on the verge of becoming a failed state, with eight out of ten citizens fallen below the extreme poverty line and the pound devalued by more than 90%.