Vice Speaker of the Arab Parliament: UAE is the gateway to Syria’s return to the Arab embrace 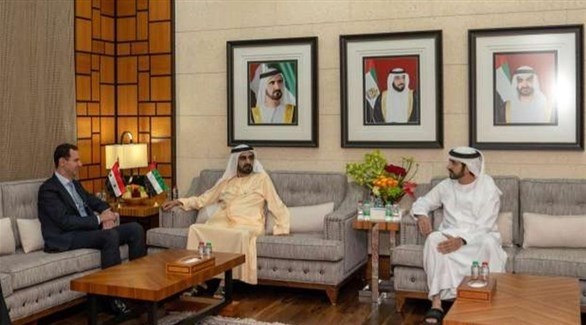 Member of the Federal National Council of the UAE, Vice President of the Arab Parliament, Muhammad Al-Yamahi, stated that the UAE has always been a forerunner of Arab reunification and that the visit of Syrian President Bashar Hafez Al-Assad is proof of the return from Syria. to the Arab embrace, especially that Syria and its people must not be isolated from the rest of the Arab countries.

Al Yamahi noted, in a special statement to 24, that the United Arab Emirates and the Syrian Arab Republic have historical relations, and before the establishment of the union in 1971, it was established by the late Sheikh Zayed bin Sultan Al Nahyan, may God rest his soul. in his soul, that he believed in the position of Syria and its fundamental role in the region.

The heart of Arabism
Al-Jamahi said: “Syria has always been in the heart of the Arab citizen, and as the late President Gamal Abdel Nasser said in this regard (Syria is the beating heart of Arabism), its return to diplomatic and official integration with the rest of countries and its return to take its seat in the Arab League has become inevitable, especially since the Syrian state has suffered so much over the years. The last ten years are largely due to the scourge of war and terrorism.

emirate diplomat
Al Jamahi added: “The UAE is making intense efforts to resolve the Syrian political crisis and return Syria to Arab status. The visit of the Minister of Foreign Affairs and International Cooperation, Sheikh Abdullah bin Zayed Al Nahyan, to Syria confirms the UAE’s continued enthusiasm on constructive communication between Arab countries and Syria’s reintegration into the Arab and regional community. And its return to the Arab League to stand by its Arab brothers.”

He stressed that the UAE, since the beginning of the Syrian crisis in 2011, has made unremitting efforts with its Arab and international partners to alleviate the suffering of the Syrian people. Their residence or travel documents ended with their status being changed, allowing them to remain in the country, and visas did not stop for resident Syrians, and residence facilities were provided for them.

Reconstruction
He stressed that the UAE believes in joint Arab action in various fields, exchanging experiences and providing support for investment projects in Syria, and will contribute significantly to the reconstruction and development of the Syrian economy with the aim of promoting development in Syria. and return the situation. to what it was before the crisis.