Vice President of the Arab Parliament at 24: The UAE and Egypt are a historic partnership and ongoing coordination 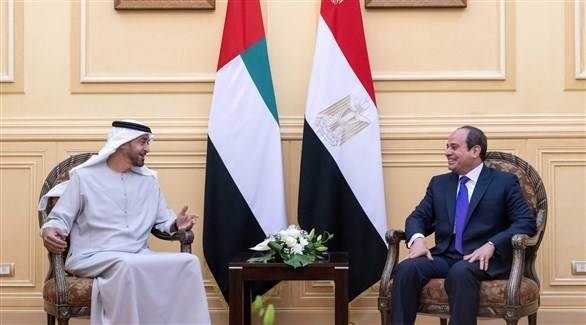 The Vice President of the Arab Parliament, a member of the Federal National Council of the United Arab Emirates, Mohammed Al Yamahi, stated that the visit of the Crown Prince of Abu Dhabi and Deputy Supreme Commander of the Armed Forces, Sheikh Mohammed bin Zayed Al Nahyan, to Egypt, it reflects the strength and solidity of the historical and strategic relations between the two countries, and the depth of partnership and ongoing coordination on all issues of concern.

Al Yamahi stressed, in a statement to 24, that “the historic visit will lead to strengthening the historic and distinguished relations between the two countries in various fields, and is clear evidence of Sheikh Mohammed bin Zayed’s interest and enthusiasm in consolidating Emiratis.” -Egyptian relations at all levels between the two countries, the government and the people.”

He added: “Everyone knows that Egypt considers the back of the Arab nation, and it is the power and influence in the Middle East, and there are many files that the leaders of the two countries agree on, in addition to the coordination on Arabic and regional issues, and we note the enthusiasm of Sheikh Mohamed bin Zayed and President Abdel Fattah Al-Sisi to develop bilateral relations between the two countries in consultation.” military cooperation, in addition to the multiple agreements between the two countries to promote their interests and satisfy the aspirations of the two peoples.

Al Yamahi noted that “the UAE and Egypt have historical relations even before the establishment of the union in 1971. It was founded by the late Sheikh Zayed bin Sultan Al Nahyan, may his soul rest in peace, who believed in Egypt’s position and its fundamental role in the region, and Egypt was one of the first countries that supported the establishment of the union of the Emirates”. And I was quick to acknowledge it as soon as it was announced and supported it internationally and regionally as a pillar of security. and stability, and a new addition to the power of the Arabs.