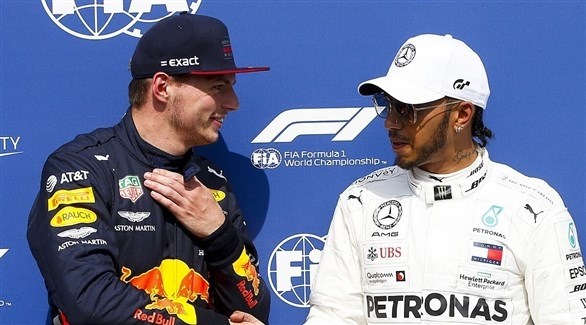 Dutch driver Max Verstappen, the Formula One world champion and Red Bull driver, was skeptical of comments from his British counterpart Lewis Hamilton, who indicated that his Mercedes team will not compete for wins in the opening stages of the new season.

Verstappen, who beat Hamilton for the world championship last season in controversial circumstances at the Abu Dhabi Grand Prix last December, set the fastest time on the final day of pre-season testing, which took place in Bahrain on Saturday.

Before Bahrain hosts the first race of the new season next week, Hamilton hinted that the Mercedes team was unlikely to challenge for victory in the opening races of the season due to problems with its new car.

However, Verstappen scoffed at those comments, accusing Mercedes and other Formula 1 teams of underestimating his potential before the start of the season.

And the British magazine Auto Sport, specializing in mechanical sports, quoted Verstappen as saying: “(It’s) always like this.”

“If someone is doing well or everyone expects a team to do well, then the conversation is different, they say ‘No, we are definitely not the best,'” Verstappen explained.

“And then a week later, when everything is going well, and suddenly they say ‘No, but we changed it in a week, it’s not a normal job, it’s amazing, thanks to everyone at the factory! ‘),” Verstappen joked. .

The Dutch driver also confirmed that Mercedes was a “very strong team during the opening races of last season”, with Hamilton winning the season-opening race in Bahrain after making similar comments about the team’s problems this time around in 2021.

Verstappen, 24, also spoke of Ferrari as a possible rival to Red Bull next season, noting that they had been “consistently quick” during the pre-season testing period.

“Obviously they (Ferrari) have a stable car at the moment, it looks good for them, they also had very few problems, we’ll see next week who is faster, but so far they’ve had very good testing.

- Advertisement -
Share
Facebook
Twitter
Pinterest
WhatsApp
Previous articleTens of Thousands Demonstrate for Peace in Berlin: DGB Chief Against Rearmament – Ukrainians Call for a No-Fly Zone – Berlin
Next articleWe call on Russia to stop the war and resolve the conflict peacefully.