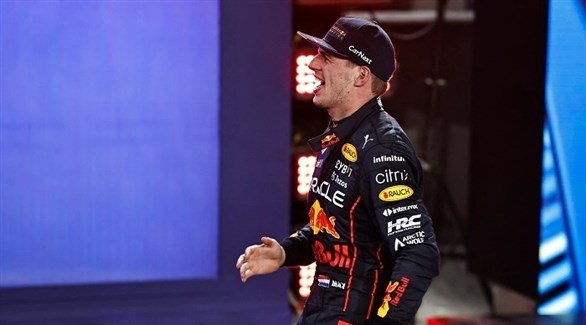 After a generational battle last season and the young Max Verstappen snatching the title from seven-time world champion Lewis Hamilton, the new era of Formula One has unleashed a battle between two 24-year-old drivers.

The first two races of the season under the spotlight in Bahrain and Saudi Arabia saw a thrilling contest between Ferrari’s Charles Leclerc and Red Bull’s Verstappen to win a race each.

Both drivers lead the new generation of youngsters who were children when Mercedes’ Hamilton began his Formula 1 career in 2007. Leclerc and Verstappen have been karting competitors since childhood.

“They competed in their infancy and now they are competing for the top spot in Formula 1. It is very good for Formula 1, a great start to the season,” Ferrari boss Mattia Binotto said on Sunday.

Leclerc leads the standings ahead of his teammate Carlos Sainz (27 years old), followed by Verstappen in third place and George Russell (24 years old) in fourth place with Mercedes, while Hamilton is fifth.

The sport has undergone drastic regulatory changes in the hope of making racing closer and more exciting, and Red Bull boss Christian Horner said the evidence was there.

“In the last two races, we’ve seen Charles and Max overtake each other about ten times, which we haven’t seen in previous seasons, and it was great competition.”

“It’s just a start, but it shows that the regulations have been put in place and the racing is more even and exciting. It’s unbelievable.”

The next round will be held in Australia on April 10, before Formula One returns to Europe with a race in Imola, Italy, in front of Ferrari fans.

“Now it will be about developing the cars and unleashing the potential of these early-stage cars,” said Horner.

“We can see that Ferrari have a very fast car and it will be a busy period for the rest of the spring to try to extract the full potential of the cars and understand how the tires work and so on for the next few races.”

* Battle equality
Ferrari leads the way to Melbourne, where it leads the constructors’ championship with 78 points of the 88-point limit, but Binotto said Red Bull was still the team to beat.

“I think it will be a good fight again, an even fight. I think Red Bull is still very fast, it is the strongest because it has the world champion.

“I would say (Red Bull) is still the candidate, we are trying to do our best, let’s see. There are many situations that could happen.”

Red Bull is third in the constructors’ championship with 37 points, one point behind Mercedes, and what concerns the team is efficiency issues with the car as it came out of the Bahrain race empty-handed.

“Luck tends to be the same all year long,” Horner said. “We just have to take each race at a time. We’re a long way from the target now. We scored points and won our first race of the year. Both drivers fought hard And now we have some momentum.”

At Jeddah, Red Bull was quickest on the straights while Ferrari was quickest through the corners, and the different circuits will play to each team’s strengths.

Meanwhile, the constructors’ champion, who was dominant in the championship, must deal with the rebound problem in his car to get back into competition.

“It’s a tough fight with Ferrari,” Horner said. “I have no doubt that at some point Mercedes will join that fight, but my focus is very much on our team.”