Versailles Summit: How the EU wants to arm itself against crises – politics 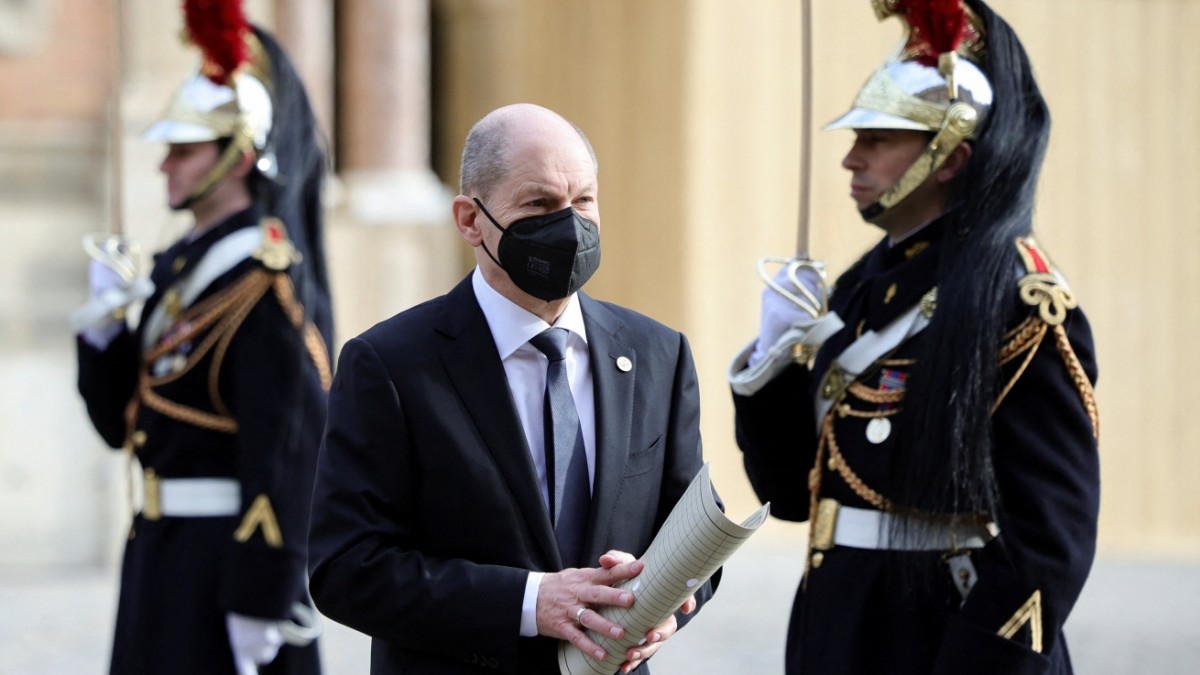 The three political leaders slowly cross the magnificent Battle Gallery: in the center, French President Emmanuel Macron, on the right and left, the President of the Commission, Ursula von der Leyen, and the President of the Council, Charles Michel. Macron points out to his companions the paintings that fill the walls of this “Galerie des Batailles” in the Palace of Versailles. They show scenes of important battles in the history of France. The trio then take the stage and present the results of the EU summit that took place there on Thursday and Friday.

Macron bridges from martial wall decorations to the present in the EU. “If some thought that fighting and war were a thing of the past, Putin proved us wrong,” he says. The attack on Ukraine and the question of how the European Union will react also dominated this EU summit. In the “Versailles Declaration”, the final document, the 27 heads of state and government pledged, among other things, to invest more in weapons and become energy independent from Russia. The head of the Commission, von der Leyen, also announced that the Union would soon adopt another package of sanctions against Russia.

Former Federal Minister of Defense warns that member states must act in concert when investing in their armies; the Commission will compile the military areas where the EU needs to close gaps. At the same time, Federal Chancellor Olaf Scholz (SPD) is standing in the Hercules Hall of the palace and speaking of “a very special summit in a special place at a special time”. He also stresses the importance of increased spending on weapons: “We must do more together to ensure security in Europe.”

Furthermore, on Friday the heads of state and government discussed how the European economy can become more resilient to crises and where the billions needed for climate protection and digitalisation should come from. These issues are important to Macron’s campaign, and with his government holding the rotating EU presidency until June, he put them on the agenda of the Versailles summit. The subject should have been the focus of the entire meeting, but the invasion of Ukraine left it in the background.

In the Versailles Declaration, the heads of state and government pledge to support various EU initiatives to make the economy more resilient and competitive. Among other things, the EU should consider creating emergency reserves for important and scarce raw materials. The war in Ukraine shows that these are not abstract concerns. Europe’s auto industry relies on imports of the precious metal palladium from Russia. Furthermore, Europe’s share of the global chip market should double by 2030.

The summit declaration also offers comprehensive promises to break down barriers to cross-border transactions in the EU and create a common market for banks and stock exchanges. However, this type of declaration of intent has never been lacking, the problem is rather the implementation. It is likely to resemble a commitment to attract more investment by “drastically reforming, simplifying and accelerating administrative procedures”.

The sticky point of budget policy is covered near the end in a vaguely worded paragraph. Consequently, governments must pursue “sound” policies and not jeopardize the sustainability of their public debt. However, at the same time, they should invest in growth, climate protection and digitalization, taking into account “the new geopolitical situation”, that is, invest in defense and independence from Russian energy imports.

On Thursday night, the heads of state and government discussed other burning issues: dependence on Russian energy and Ukraine’s desire to join. Von der Leyen’s goal was to wean off Russian gas, coal and oil by 2027. By the end of the month, the Commission also intends to come up with proposals on how to prevent record gas prices from driving up prices. of electricity.

The heads of state and government discussed Ukraine’s application to become a member of the EU until the early hours. Contrary to the wishes of some Eastern European governments, the summit declaration does not guarantee the country an accelerated accession process, but considers accession possible after a successful process that has lasted for many years. The governments will also double military aid to Kiev through the “European Peace Facility” program and provide an additional 500 million euros. Scholz dryly says in Hanseatic fashion: “Nobody has been found who thinks it’s bad that the European Union keeps messing around.”