Verónica Alcocer, the structure of a First Lady 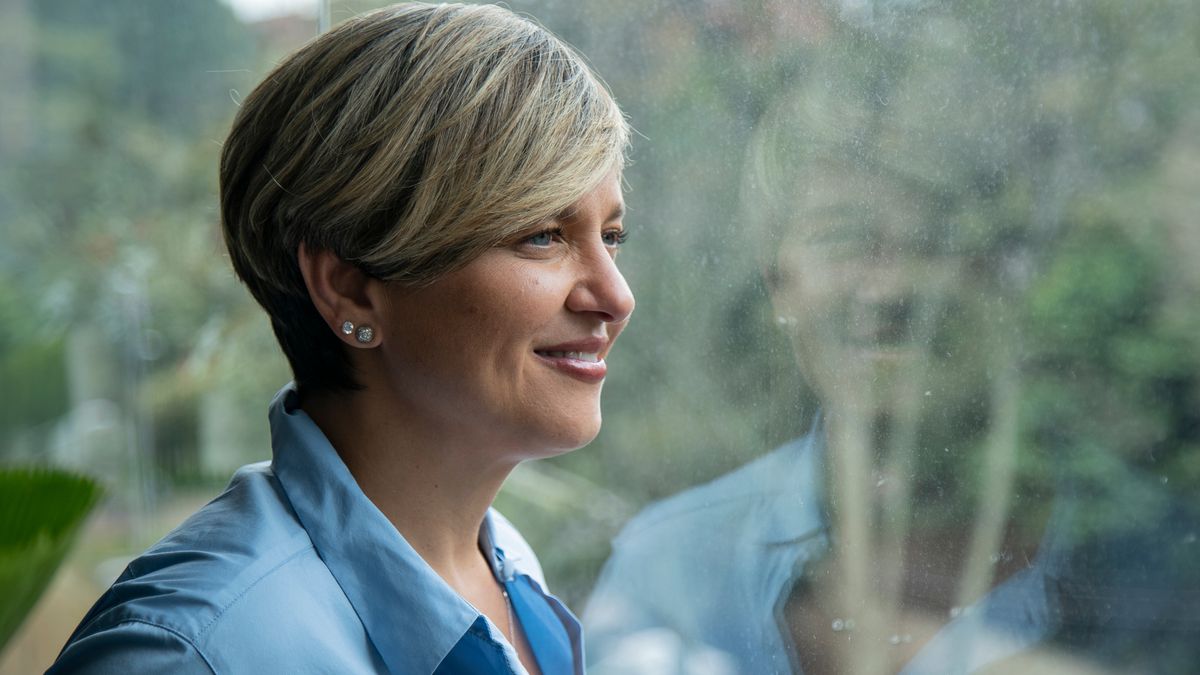 Verónica Alcocer always wanted to be an artist. His father, a conservative lawyer from the Colombian Caribbean, thought this wasn’t life for the eldest of his children. To please her, Veronica began studying law up to three times. Only the last one took it seriously, but it was also short-lived. In the first semester, several politicians gave lectures at his university. She, then 21 years old, was struck by the “intelligence” of one of them, a garrulous man, unconventional. He, 39, asked a friend to message this beautiful woman. Everything went very quickly. Three months after the call, Veronica warned her father, “I’ll introduce you to a character, but don’t even ask me the name.” Mr. Alcocer, a passionate cook, prepared braised turkey with new corn, cassava crackers, and rice with coconut to. That night in 1999, he opened the door of his home and found himself face to face with Gustavo Petro, a former M-19 guerrilla fighter.

Many other dinners followed, now father-in-law and son-in-law. There were topics that were not addressed, although there were some after-dinner tips in between laughter, whiskey and tobacco. The right-wing man, an admirer of conservative leader Álvaro Gómez, ended up loving the left-wing politician like a son who took his daughter to Bogotá as his wife six months after they met. When the lawyer died nine years ago, Petro tearfully asked to speak at the funeral. It’s one of the few times he’s been seen crying.

Verónica recalls these and other anecdotes as she looks at the camera from her apartment in Bogotá for this interview. He gestures, laughs and rejoices as if he has lived his whole life in front of a gate. Sing and dance the song right away Mom, I want to be an artist. She seems very comfortable talking about her life, although the wife of one of the country’s most famous men was unknown to most Colombians until recently. The possibility that Petro could achieve the presidency, as he finally did this Sunday, gave him the impetus to expose himself. Her children are grown, they don’t need them that much anymore, the two eldest are studying in Europe and the youngest will soon be 14. For months she has had “a very personal feeling” that the story from four years ago would not repeat itself , when Petro lost to Iván Duque in the second ballot. Verónica Alcocer preparing to perform as First Lady.

He opened profiles on all social networks in search of his own style, away from the shadow of politicians. “I am passionate about telling the stories of Colombia! Sincelejana, mother and friend,” she introduces herself. The initial idea was that his Twitter account shouldn’t follow Petros, even though he’s doing so due to a mistake made by someone on his team. Michelle Obama, Greta Thunberg, Kamala Harris or the Pope are other profiles she follows. As of January, it has more than 145,000 followers. Petro wouldn’t have blamed him unfollow If they had wanted to correct this mistake, their tweets reach 5.3 million people. Alcocer admits that he now understands that visibility not only exposes you, but can also help you. She’s touring Colombia with what she calls “the Verónica Alcocer project,” a plan she hopes to continue as First Lady. On the one hand it wants to show Colombian folklore, the positive aspects of a country that has been scarred by war for so many years, on the other hand it tries to “build” its name around women and children fighting against violence and abuse.

She was a very young mother. At 21, on her second attempt to study law in Bogotá, she became pregnant. His partner asked him not to have the child and decided to end the relationship. “The topic of sex education has always been very present, in my day it was a story to talk about. A lot of girls get pregnant out of ignorance, so you have to work,” she says, as if writing it on her diary. Nicolás was born in the capital and Verónica was only accompanied by her mother. Five months later she returned to Sincelejo with the child but stayed with some friends. “My father did not receive me.” She re-enlisted in law to regain her father’s affections, which had cooled with the pregnancy. The grandfather gradually approached his grandson. “In the end, my son Nicolás was the love of his life.” The classrooms were short-lived again. Then Petro crossed his path.

At first I didn’t know who he was. “I didn’t marry Gustavo because of politics, but because I fell in love.” Nor did she have a very strong ideology beyond the world that had surrounded her. She had participated as a child in the campaigns of Álvaro Gómez and later Andrés Pastrana, with whom she wanted to travel to Bogotá with the youth of the Conservative Party, but her father refused. She always felt like a very restless, mischievous girl, but deeply shaped for the better by the traditional and Catholic upbringing she received as a family and in a school run by Franciscan nuns. “I want to be a nun when I’m 15, then I fall in love and do my Abitur. In the midst of these traditions, I was very liberal in terms of clothing, with backpacks, very relaxed, with a bow.”

Alcocer feels her husband’s appearance today was a “perfect match” between what she learned from the school’s missionary sisters and “practice.” “I now see that service to the other that you spoke of in a flesh and blood human being who lays down his life and gives everything for others. For me, Gustavo’s life was a life of service. She is the best example of a Christian person and I love it because she ties in with what I experienced as a young girl.”

Already married, Petro, Alcocer and little Nicolás, who calls Gustavo “Dad”, moved to Bogotá in 2000. He describes the encounter as “dark”. Armored windows, constant security, bodyguards. “It was like being locked in.” Life, always vigilant, has never left her in these 22 years. “It’s the condition that touched us. That’s how we live and so many other people on one side and the other, it shouldn’t be like that.” The children are hit the hardest, he says. “They almost went to Europe for that.” Security has forced her to live in a nice rented apartment in the capital during election year instead of her home in the country.

His daughter Sofía, 21, a political science student in Paris, is at home for a while. He accompanies his father on numerous occasions, unlike Verónica, who lives immersed in the launch of her project. They are the women who surround the politician. Verónica, Sofía and Antonella, the youngest who is a goalkeeper in a city team and wants to devote herself to professional football. Petro, they say, is not very interested in sports. “Gustavo has a feminist wife and daughters, he has never been able to distance himself from feminism. He lives among feminists and battle-hardened women,” says Verónica, to deal with criticism of him for occasionally questioning the feminist movement.

Last Christmas Sofia gave the politician the book Feminism for Beginners (“I’ll be happy to read it,” Petro said in networks) and on her Instagram she can be seen taking part in the demonstrations for the decriminalization of abortion in Bogotá this year. Alcocer is very religious (“I have a faith that is not moved by anything or anyone”), her position on abortion is more ambiguous than her daughter’s determination. “I couldn’t judge anyone. I throw for ahead [en su embarazo]. It’s a very personal matter, but I’m pro-life, pro-love, although in some cases a different choice can be made. It seems dangerous to me that it can almost become a contraceptive method. But since the subject is so sensitive, I try to take a very cautious position and not judge.”

One of the times Veronica has accompanied the politician to a public event in recent months, she went to the Vatican to meet with the Pope. “I was speechless, I had a light, a calm,” she recalls an experience that she compares to the birth of her children.

As the interview progresses, Alcocer becomes more comfortable. If he said on arrival that he didn’t like being photographed, he now poses freely in the living room of the apartment. At this time, Petro is preparing to end his campaign in central Bogotá in front of thousands of people. The politician, known for his lengthy speeches, is described in his home country as being more silent. “I’m the one speaking here,” admits Alcocer, who tries to keep the conversation from always being about politics. He lets off steam while cooking, she dances.

As First Lady, Alcocer wants to be with the people, “not encapsulated in parties.” “I want to be where I need to be, on the street, in the neighborhood, from shift one to six. Being there for everyone from those who have the least to those who have the most because we are all human. We all suffer from violence.”

– And who are your speakers?

The first version of this article was published on March 11, 2022

Subscribe here to the EL PAÍS America newsletter and receive all current regulatory keys in the region.