Verdi calls for warning strikes at airports on Monday 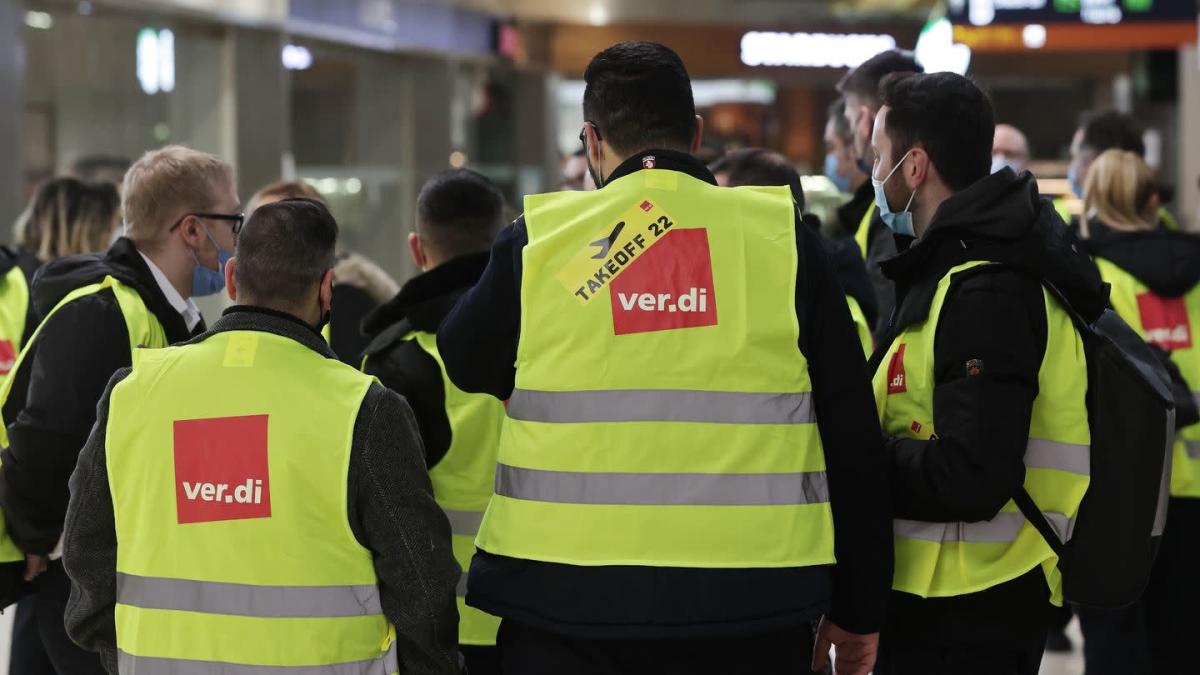 Berlin (dpa) – Verdi has asked the security forces at passenger control at several German airports to carry out all-day warning strikes for Monday.

According to the union, strikes will be held at the airports in Düsseldorf, Cologne/Bonn, Berlin, Bremen, Hannover and Leipzig. The warning strikes are part of the collective bargaining dispute between Verdi and the Federal Association of Aviation Safety Companies (BDLS). The union is negotiating with the bosses a new collective agreement for some 25,000 security forces throughout the country.

In late February, after two rounds of negotiations without result, there were warning strikes at individual airports. At the beginning of March, the third round also had no result. Verdi describes the employer’s offer as “insufficient.” The Federal Association of Aviation Security Companies had talked about approaches after the most recent talks, but ideas were still a long way off.

Verdi wants to sign a contract for twelve months and increase the hourly wage by at least one euro. Salaries for baggage and staff screeners should reach the level of passenger screening clerks, aircraft security and boarding pass clerks should be paid uniformly across the country. Both sides want to meet on March 16-17 in Berlin to continue negotiations.

- Advertisement -
Share
Facebook
Twitter
Pinterest
WhatsApp
Previous articleWhen was Al-Ittihad’s last league…and how many championships did Al-Ameed have in the Saudi League?
Next articleTiger Woods reflects on what makes him most proud of his Hall of Fame career in an interview with NBC’s Mike Tirico that aired during the Players Championship.