Venice in artistic mode: a guide to navigating the Biennale 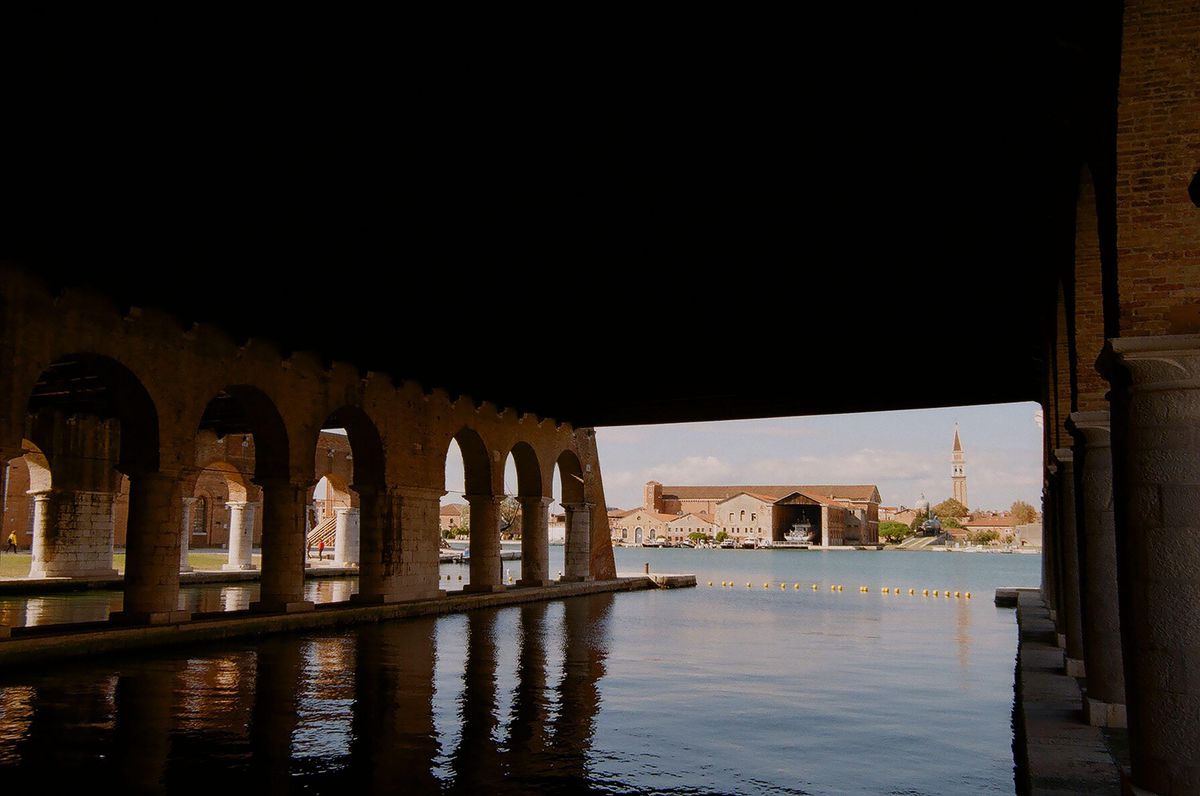 Year after year since 1895, the Venice Art Biennale has brought together the international scene of contemporary art around the canals of the Italian city. It opened its doors last April and closes on November 27th, so during all these months it’s an excellent excuse to visit the city (as if it were necessary) or another incentive for a trip already planned.

As a matter of fact, played was held last year but the pandemic forced it to be postponed and this year 2022 everyone has embraced it even more eagerly. This edition (the 59th) has already been well received by critics, has 80 participating countries and has decidedly opted for women, the vast majority of the artists selected. So this is a very good opportunity to break the ice and get into the twists and turns of contemporary art.

First, a first tip: when landing at Marco Polo International Airport, regular guests the biennale Taxis and buses are saved crossing the bridge that crosses the lagoon and connects Venice to the Terraferma and go straight to the dock from which the vaporettos from the Alilaguna company to the Grand Canal, the Rialto Bridge or St. Mark’s Square: they are cheap and comfortable and there is no better way to start Venice than to reach its heart directly by sea.

Basically, the Biennale has a double format. On the one hand, it consists of a large collective exhibition with hundreds of artists selected by an expert or curator of international prestige (this year the Italian Cecilia Alemani) on a general theme that is also a bet on the lines and formats that follows the art the future. It is based in the old Arsenale of the city, the complex of shipyards, docks, shipyards and warehouses that has been successively expanded since the Middle Ages: impressive colossal spaces that are worth visiting and that can be reached in a walk of about 20 minutes from St. Mark’s Square. It is advisable to reserve a full day for the visit just for this part if you want to stroll around in peace and admire the works. Within the huge enclosure there are cafes and more or less formal restaurants and gardens where you can rest. A trick to save energy and show off a bit: stop spontaneously and get on the small trains without complexes that walk and retrace the path between the entrance and the exit; not everyone knows that it is a free service.

The Biennale’s other venue is the Giardini della Biennale on the Lagoon shore and a further 15 minute walk from the Arsenale in the opposite direction. These include the Central Pavilion, where the thematic exhibition continues, and 27 country pavilions, where the lucky pioneer countries (the available space has long since been exhausted and many others are occupying temporary venues scattered across the city) will display the works of artists working for their representation were chosen (a bit like the Olympic delegations). Constructed throughout the 20th century, they are a compendium of eclectic architecture ranging from revival Folklore to big names like Alvar Aalto or Gerrit Rietveld. The tour has its charm somewhere between vintage and fun, it’s a bit like the art world’s Eurovision moment, and again it’s a good idea to devote at least a full day to them. The Giardini, with their tall trees, rare in Venice, are pleasant in themselves, and the atmosphere is reminiscent of a sophisticated version of the old funfairs and amusement parks. Every country compete with spectacular projects, sometimes even too many, and if you take it easy and with a few drops of irony and humor, the walk turns out to be a very special (and vivid) experience. By the way this year The Spanish Pavilion presents a wonderful project by artist Ignasi Aballí and curator Bea Espejo, powerful in its elegance and economy of means, leaving ditto high.

Aside from its official venues, the Biennale is a great opportunity to discover secret spots in Venice that are open during these months to host temporary exhibitions. A perfect example are other gardens that Giardini Reali, one of the very few parks in a city with hardly any green spaces that today houses the temporary exhibition of the Illy Art Collection: for thirty years, the Italian coffee brand has commissioned more than 130 artists to create limited-edition works to create the distinctive design of your cup and saucer. From Marina Abramovic to Pedro Almodóvar, from Anish Kapoor to Cecilia Vicuña, winner of the Golden Lion at this year’s Biennial. The complete collection can be seen in their spectacular old kiosk greenhouse. It’s a fun moment when traveling with kids and a good stop to recharge your batteries and have an Italian coffee (you know: espresso, without additives and in one gulp like a tequila). Finding it is in itself a small expedition through secret Venice: you have to seek its entrance under the arcades of St. Mark’s Square, next to the mythical Caffè Florian, and pass through the tunnel that opens to an unexpected view of the gardens and the lagoon.

Other accessible secrets: In the same square, in the arcades opposite, is the Negozio Olivetti, remodeled by the ingenious architect Carlo Scarpa in the 1950s as the flagship store for the legendary typewriter brand. Today it is run by the FAI and its superb interiors feature works by Lucio Fontana and Antony Gormley.

And near the Arsenale, in the Castello district, is the Thyssen-Bornemisza Art Contemporary Foundation’s Ocean Space, which uses the spectacular spaces of the formerly consecrated church of San Lorenzo to show installations by the artists Diana Policarpo and Dineo Seshee Bopape. It is also worth visiting the impressive interiors of the Complesso dell’Ospedaletto and the Church of Santa Maria dei Derelitti, which open their doors to host the collective video art exhibition gloomthe Fondazione In Between Art Film.

In another converted church, that of San Fantin, veteran Portuguese artist Pedro Cabrita Reis mounted his spectacular installation Set up. And after long lost in the alleys of the same sestier From San Marco, the reward will be to find the provisional and very elegant space of the English gallery Victoria Miro, showing delicate drawings by the painter Paula Rego, one of the great stars of this edition.