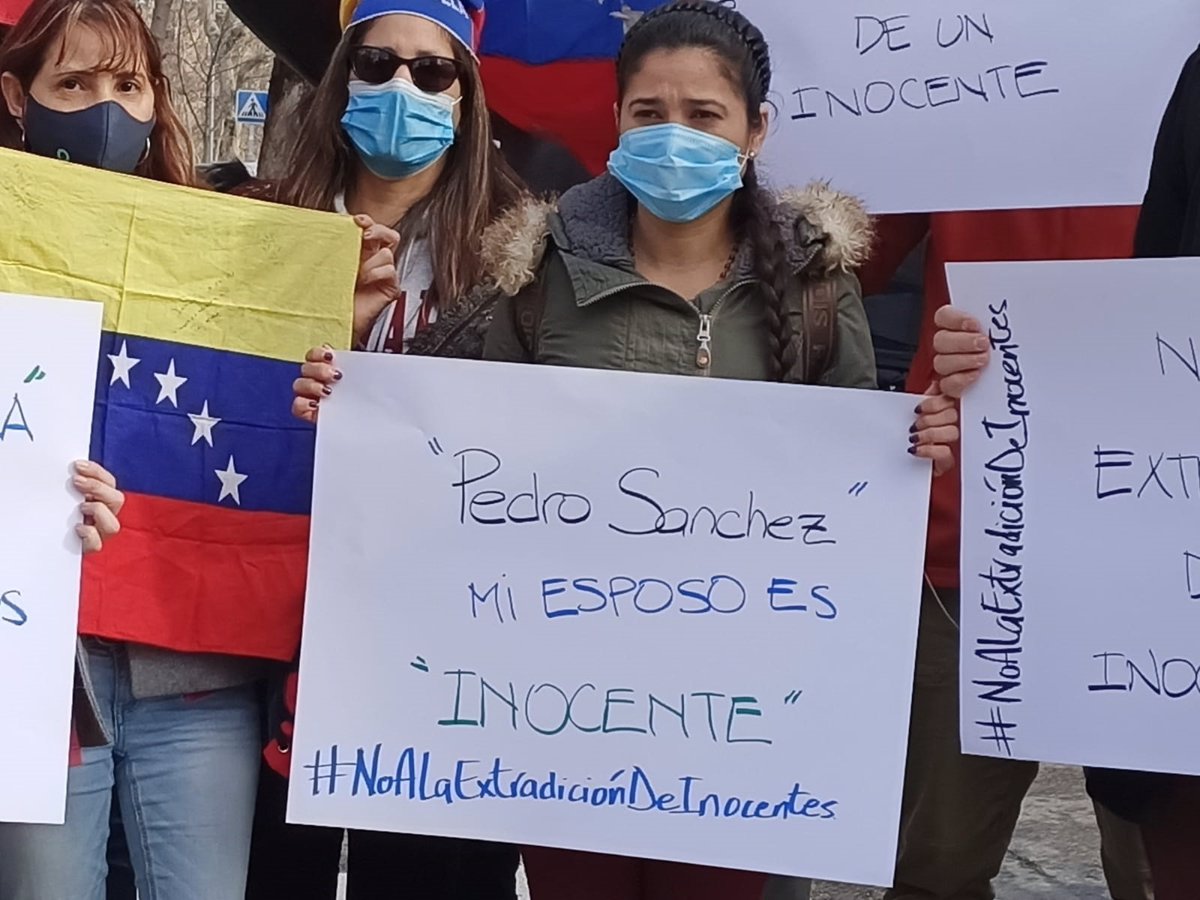 The detainee defends himself by saying that the allegation of fraud, because of which his extradition is being demanded, is “completely” wrong

Venezuela has asked Spain to extradite within three weeks, between July 11 and 14, opposition candidate Ernesto Quintero, who has been in temporary custody for more than a year in Soto del Real (Madrid) prison for fraud on behalf of the Venezuelan authorities .

The Venezuelan Ministry of People’s Power for Internal Relations, Justice and Peace has proposed these dates for Quintero’s extradition to the Spanish government through Interpol and the Embassy of the Bolivarian Republic in Madrid, according to a series of documents accessed by Europa Press.

If it had Spain’s consent, Venezuela would send it a flight plan, with departure and arrival times, the officials who would be present at the delivery, and passport numbers.

A proposed date that the Interior Ministry sent on June 14 to the National Court, which processed the extradition and asked Venezuela for the date and time. In the absence of a date, Quintero requested that his case be put on hold as Venezuela was “lazy” to set a date and because he believed the fraud allegation was “completely false”.

Quintero was arrested in Madrid on February 10, 2021 after both the government and the National Court approved an extradition request from Venezuelan authorities, who have accused him of being a member of the management of a currency exchange agency that allegedly defrauded $40 million.

Since then, Quintero has been detained waiting for Spain and Venezuela to agree on his extradition date, as stipulated in the bilateral extradition treaty. It was supposed to be delivered on February 12 but was put on hold due to complications related to the coronavirus pandemic.

Quintero’s defense, which practices Oliver Lawyers “pro bono”, has complained in successive documents that his client “has been deprived of his liberty for more than 15 months on the pretext that his surrender to the Venezuelan authorities should be executed”.

In response, the Criminal Chamber of the Supreme Court issued an order on June 8 requesting the Venezuelan embassy in Madrid, through Interpol, to notify the headquarters of the judiciary “within a week” of the date they would be able to transfer Quintero to the Caribbean nation.

In any case, his defense pleads for the extradition to be suspended until the European Court of Human Rights (ECtHR) has ruled on the lawsuit filed on May 24 for alleged violations of fundamental rights.

In this context, they submit before the National Court that they intend to challenge the decision of the Council of Ministers authorizing it to send Quintero to Caracas by lodging an extraordinary appeal for review against fixed administrative acts.

Likewise, they have put on the table that the Congress of Deputies recently adopted an initiative, as an illegal proposal, to “suspend extraditions and urgently grant asylum on humanitarian grounds” to both Quintero and his Venezuelan opponent Rolando Figueroa he sees himself “persecuted for his political engagement in his country”.

Quintero’s defense argues that the reason Caracas asked for his extradition “is not only completely false, but also hides the political motivation already claimed on several occasions regarding the political persecution against the brokerage firms and their employees, declared by the Venezuelan Attorney General”. see them as “linked to a capitalist ideology”, opposed to and “persecuted” by the regime.

The defense affirms that the opponent’s relationship with the company in which he worked was of “absolute subordination”, with “only administrative functions always being carried out under the direct supervision of the company’s president, held by Enrique Auvert”. And they point out that the latter said in a court statement in Venezuela that “Quintero did not have the ability to commit the criminal types listed in the warrant against him.”

His defense adds that “no courtesy is due to the requesting authorities” since those requesting extradition are the President of the Supreme Court and Attorney General of Venezuela Mikel Moreno and Tarek William Saab, respectively, who are being requested by the European Union Human rights violations were sanctioned.

- Advertisement -
Share
Facebook
Twitter
Pinterest
WhatsApp
Previous articleThe government is deferring the fuel surcharge to lower the price of electricity and cutting electricity due to CO₂
Next articleVideos | Paco Nadal’s five recommendations: The best beaches in the world

The CNMV analyzes whether the movements on the Indra board stem from a “possible concerted action”.