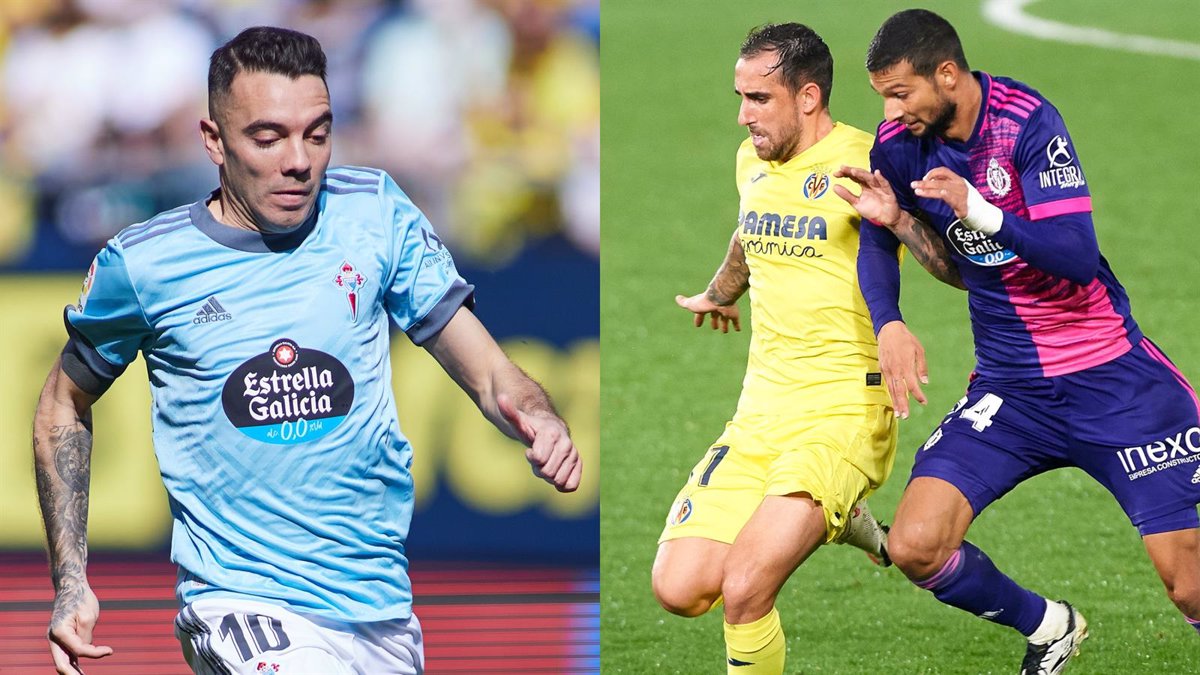 Real Valladolid start this Saturday (19:00 CET) at home against dangerous Villarreal in the First Division with hardly any reinforcements, while Celta Espanyol host in Balaídos (17:00 CET) in a duel in which both teams compete against their respective projects with certain doubts after the preparation of a new season.

This Saturday, Valladolid will start its 46th season in the First Division after being relegated to 2020-2021. And he will do it against an ambitious Villarreal after last year’s good season, especially in Europe, and reach the semi-finals of the Champions League.

A tough nut for those from Pacheta who will have to hide behind the balance and solvency that Zorrilla will give them, somewhat helpless due to the delicate loss of striker Shon Weissman, one of the heroes of promotion with his 20 league goals. who will not return until at least September. However, the technician was “very excited and full of expectations” for the premiere. “Villarreal are a great team, although they also have cracks,” he commented on his rival, whom he has not beaten at home since 2014.

Sergio León or Sekou Gassama will struggle to replace Weissman, with Gonzalo Plata, who missed a couple of preseason appearances, being a great offensive reference against Villarreal. With the announcement of Mickael Malsa this Friday as the last reinforcement, the eleven have further doubts, for example whether Asenjo will start at the expense of Masip. At the back, with sole right-back Luis Pérez as the sole fixture, Joaquí and Javi Sánchez will be fighting for a position. Aguado, Roque Mesa and Iván Sánchez would form in midfield.

For their part, Villarreal begins a season of consolidation this Saturday after last season’s great run. Therefore, the challenge will be enormous if they want to reach or even improve on the bar shown in 21-22. With few reinforcements this summer and waiting for tight signings, those from Castellón will return to last year’s recipe, with goals from Gerard Moreno, Parejo’s balance and the hope that new talent will emerge from the “Groguet” quarry.

And one of the upcoming topics will be the guest version of ‘Yellow Submarine’ as he signed one of the worst records away from home last year. Moreover, the Basque manager will also have to struggle with statistics as he has not won the first day of LaLiga Santander since 2011 when he beat Racing Club with Valencia 4-3. Emery can’t count on Danjuma – the team’s top scorer last year with 16 goals – Trigueros and Femenía, who have been signed for this summer market.

The first game of the day on Saturday is Celta-Espanyol, a duel in which both teams will examine their respective doubts after the preparation that neither of them emerged happy from. The Galicians started the league without a win last season, with the exception of the Quinocho Memorial, where they beat Saudi Al Shabab 6-0 against an Aspas side who remain the best.

The sky blue team, who finished in the middle of the table last year, start the new season with the aim of making the list of candidates for Europe. Thus, they were reinforced with eight footballers – Carles Pérez, Swedberg, Luca de la Torre, Óscar Rodríguez, Unai Núñez, Marchesín, Mingueza and Paciencia – in addition to the renewal of Iago Aspas.

For their part, the Catalan team added just two wins in their six summer tests. Diego Martínez opens in an official match on the ‘Perico’ bench and revealed in the preview that they will fight for goals ‘to the end’ as if it were ‘a matter of faith’.

Espanyol have not won at Balaídos since the 2006/07 season. With all the noise surrounding “RDT,” the blue and whites’ big hope will be Joselu. New signings Vilhena, Expósito, Lecomte, Vinicius or Brian Oliván could have their chance.

Previous articleBarça launch quick registration and quarrel with Rayo
Next articleBeyond the war in Ukraine: 7 million people in Somalia at risk of starvation