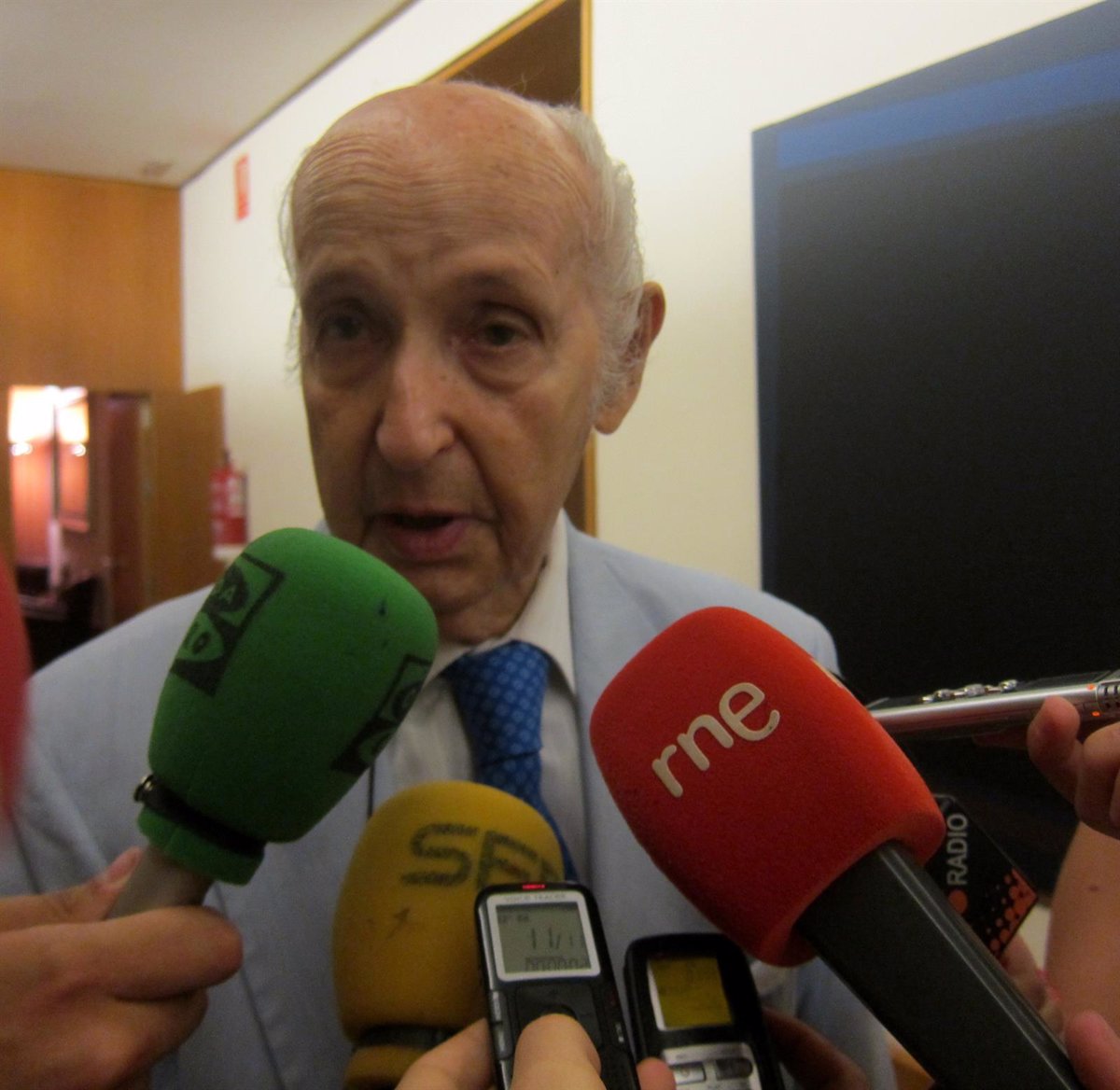 The Valencian scientist Santiago Grisolía died in the early hours of this Thursday in Valencia at the age of 99. Considered one of the highest international authorities on biochemistry, after a deterioration in his health, he had been admitted to a Valencian hospital for a few days, where he was being treated for Covid.

Finally, he died around 6:30 a.m. this Thursday, six months before his 100th birthday next January. Born on January 6, 1923 in Valencia on the Paseo de la Alameda, the Valencian scientist, deeply fascinated by the Human Genome Project, President of the Consell Valencià de Cultura and organizer of the Rey Jaime I Science Awards in 1989, has published more than 400 scientific papers and has worked at universities taught around the world, particularly in Spain and the United States. He was awarded the Prince of Asturias Prize for Scientific and Technical Research in 1990 and has been Marqués de Grisolía since 2014.

Grisolía’s biography moves from different parts of Spain to the United States, where he moved in 1945 and from where he returned in the 1970s.His father was director of the Banco Banesto, hence his constant changes of residence of the family that they brought him to Dénia, Xàtiva , Almería, Lorca, Cuenca – where the civil war surprised him –, Madrid and finally Valencia again.

He began medicine in Madrid, although he wanted to be a naval officer, a degree he completed at the University of Valencia. According to the biography of the Valencian Foundation for Advanced Studies, of which he was the founder, one of the people who had a particular influence on his career was José García Blanco, professor of physiology whose student he was and who pushed him to his vocation as an investigator.

Between 1941 and 1944 he graduated with honors in Valencia and obtained an internship in biochemistry through a competitive process. Through Professor García Blanco, who suggested the possibility of a trip to the United States and spoke to him about the Nobel Prizes, he got to know the work of Severo Ochoa, with whom he has had a strong friendship since 1946 , already in America, and until Death of the renowned scientist in 1993.

Grisolía started out in the world of enzymology, which quickly seduced him. At the Rockefeller Center, he met Jordi Folch Pi, Harvard’s first professor of neurochemistry, who is considered one of the Spanish biochemists who left their mark on the United States with Ochoa, Juan Oró and Francisco Grande Covián.

His stay in New York enabled him to participate in various works by the later Spanish Nobel Prize winner, such as the fixation of carbon dioxide (CO2) in isocitric acid. However, Grisolía was more interested in new technologies on isotopic markers.

Ochoa himself encouraged him to transfer to the University of Chicago, where carbon 14 was a new discovery. There he joined the research team led by Professor Earl Evans, who also included Dr. Birgit Venessland, with whom he was the first to use carbon 14 to demonstrate the fixation of carbon dioxide (CO2) in animals.

FIRST WORK WITH GREAT RESPONSE IN THE USA

The experience was published in the Journal of Biological Chemistry. It was the first work by the Valencian researcher to have a wide response in the United States. Following this success, Ochoa proposed a transfer to the University of Wisconsin at Madison, where the research was developed that would, within a few years, make him a leading international scholar.

For the next six years, Grisolía worked on the enzymatic reactions of urea, one of the basic substances of urine, and made fundamental contributions to the knowledge of its biosynthesis.

In 1932, the German biochemist Hans Adolf Krebs had laid the foundation for the urea cycle that earned him the Nobel Prize, although, as he himself recognized, many pieces of the puzzle were missing, including the existence of an intermediate compound that played a crucial role in the whole process.

Two months apart, Grisolía received the keys he published and added information to his findings for years until he completed the schematic of the cycle of this substance. in 1948 his work even forced the postulates of the Nobel Prize for Cancer to be reviewed and modified.

Fundamental techniques for biology were born from his experiments, since the biosynthesis of citrulline was the first to show that ATP could be used directly to synthesize another amino acid. These works between 1947 and 1954 marked the beginning of his international recognition. It was at this center that he met his future wife, assistant professor at Madison School of Medicine, Frances Thompson, with whom he had two children.

After a short detour to Spain, he returned to the USA, where he thought he had better chances of getting a professorship. In 1954, he was researching cardiac biochemistry when he was appointed by the University of Kansas as an enzymologist to an independent, privately funded laboratory, where he was appointed associate professor and laboratory director. The experience in Kansas definitely made him one of the highest international authorities on biochemistry.

AWARDS AND FIRST CONGRESS IN VALÈNCIA

Grisolía tried several times to return to Spain, but that was not possible at the time. However, in 1973 he was awarded an honorary doctorate by the University of Valencia and they also called him “Colossus of Valencia” where he decided to organize an international scientific meeting on urea metabolism that he brought to the city , in 1976, to almost all scientists of the world who had contributed to the knowledge of his cycle.

In 1977, he applied for a one-year leave of absence in the United States, to which he never returned, to work at the recently created Institute for Cytological Research in Valencia, which decided to reorganize and focus on biochemistry and molecular biology, becoming one of the most important Spanish centers in their research area. He excelled in areas such as the molecular basis of liver disease, aging, the effects of alcohol on humans, and the mechanisms of protein turnover and transport.

However, the discoveries that made it possible to decipher the structure of the double helix of deoxyribonucleic acid (DNA) and the keys to the genetic code fascinated Santiago Grisolía, who always thought that the key to human nature lay in this structure.

Grisolía brought Nobel Prize winners and North American scientists into contact and, with the support of UNESCO, the first international conference for the human genome project was organized in Valencia in October 1988 with unprecedented impact.

For the first time, more than 200 scientists from around the world, led by numerous Nobel Prize winners, met to discuss launching the most ambitious project in the history of biology: the elaboration of the complete map of the human genome.

From the Valencian Foundation for Advanced Studies, created in 1978, she promoted the Rey Jaime I Prizes in 1989, prizes for the recognition of scientific work, which currently have six modalities. In 34 years they have honored 170 scientists and entrepreneurs, awarded more than 12 million euros in prizes and more than 400 personalities in their juries, including 65 Nobel Prize winners.