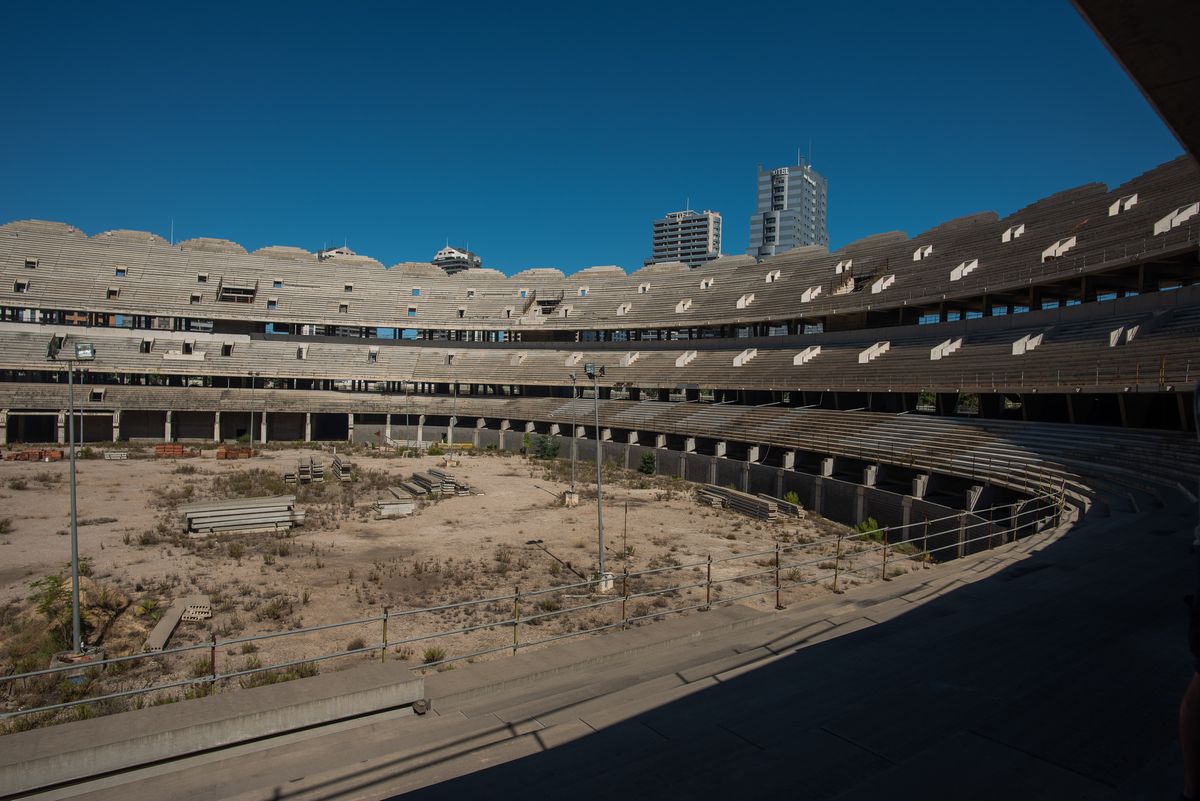 The strand of the new Valencia stadium is tangled. Located on Avenida de Cortes Valencianas, one of the city’s main thoroughfares, the field began to rise in 2007 and ground to a halt in 2009 due to the so-called “brick crisis”. Since then, the club has been unable to find funding to complete it. The concrete mass has been standing for thirteen years, waiting for the machines to come and wake it up. The club has a new project, but the city’s political authorities don’t believe in it. The case can end up in court and paralyze the work for another five years.

The current scenario confronts the club with the Generalitat and the City Council of Valencia, which remain adamant about the expiry of the Strategic Territorial Action (ATE) next July, a city plan approved by the Popular Party in 2012 It has helped the club including a reclassification of the land to build its new stadium, funded by the sale and subsequent commercial exploitation of the land on which the ancient Mestalla Coliseum sits. ATE stated that the new stadium should be completed in 2021 and the old Mestalla to be demolished in 2023 in order to be able to build on the land. Since arriving in 2014, Peter Lim has been missing deadlines and putting off city politicians who have been more belligerent since 2019. This relationship has become more strained during the presidency of Anil Murthy, who was recently fired by Lim. “I’d rather go, let them tell me what they want. Always with a smile. ‘Thank you thank you thank you’. Then “thud” Germán Cabrera (the lawyer for Meriton, the parent company from which Lim operates his business in Spain). We will take the Generalitat to court,” Murthy said at a dinner with Valencian businessmen that would cost him his position after the recording and subsequent leaking of his words to the press.

Lim’s refusal to comply with the regulations and his strategy of buying time by presenting projects that did not meet the agreements and did not offer a financial guarantee, prompted the Generalitat to phase out the ATE, which will expire next July.

The new Mestalla will respect the capacity of 70,000 seats set by ATE, but will start with 49,000, leaving free the third ring that would be covered with tarpaulins. The reason for this is that the number of visitors to the Mestalla has never exceeded this number in the last 8 years. “There is nothing worse than an empty stadium,” said Schneider. However, he assured that they are ready to manage the difference of 21,000 places: · “They should not be an obstacle to the blocking of the works”, assured the architect. “It would seem to me a mistake if the project were to be scrapped,” commented Inma Ibáñez, who defended that the €115 million project was economically viable. “It will be backed by €80m from CVC, two bridging loans from Caixabank and Rights and Media Funding Limited worth €30m and the sale of assets such as the Nou Mestalla Tertiary and the club’s offices,” Ibáñez said.

Architect Fenwick, who designed three World Cup stadiums in Qatar, joked about the condition of the foundations: “Look at the Colosseum in Rome, it’s still standing after 2,000 years. The concrete is great.

Valencia concede that the stadium change could not happen before the summer of 2025, although the agreement with the administrations will be unlocked shortly. The forecast states that once work begins, it will take 22 months to complete.

The answer is on the roof of the Generalitat and Valencia City Council, but there another battlefield opens. Lim’s suspicious politicians are studying the new economic guarantees and have already warned against accepting a stadium with fewer than 70,000 spectators. Without these two factors, the ATE expires in July and the club is left without the proposed city benefits. “We don’t want to follow the process from the club’s side. The club must defend its interests, but if the Generalitat, despite our willingness to reach an agreement, presents a technically and financially credible project, decides to phase out the ATE, this seems disproportionate and unjustified to us,” Bai warned.

- Advertisement -
Share
Facebook
Twitter
Pinterest
WhatsApp
Previous article8-year-old boy bursts into tears as he denies setting fire to his 6-year-old neighbor in Connecticut
Next articleHundreds of students from Madrid attend the VI Scholas Ciudadanía asking for appreciation beyond “one grade”.