Valencia CF presents a Nou Mestalla project that would open with 49,000 seats that could gradually expand to 70,000 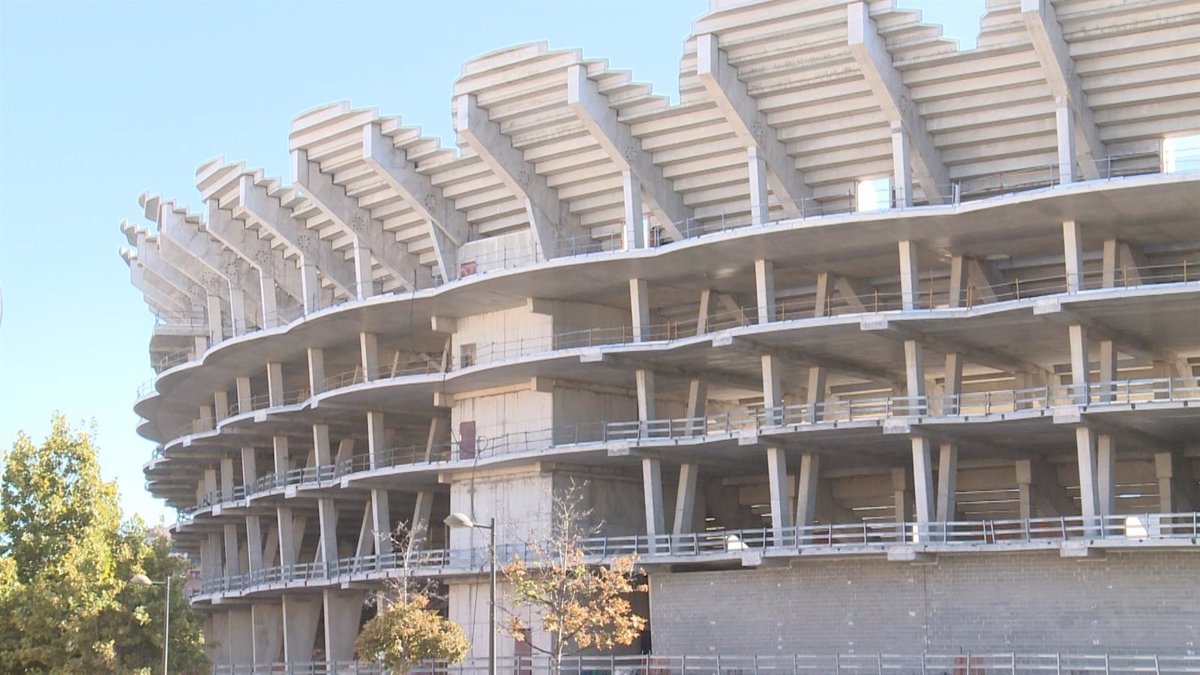 Valencia CF presented a new project for the Nou Mestalla this Thursday, with a capacity that can be gradually expanded up to 70,000 seats, but would open with 49,000 seats. In addition, he has defended that the CVC fund plus asset sales represent “virtually” 100% of the funding needed.

The club has defended a stadium project licensed for 70,000 seats, which will be inaugurated with 49,000 seats and expanded through “phases of work” according to current needs with an “extremely simple” installation of new seats. “What remains is setting up chairs,” they assured, but “the stadium has 70,000 spectators.”

In this regard, Schneider has argued that this decision to open with 49,000 seats is motivated by the Mestalla’s average attendance, which has hovered around 35,000 in recent years. “At a sporting level, a half-empty stadium is not good, it’s not fun for the players” and “the league rules punish when the stands are empty”. Fenwick has noted that “one of the big mistakes” in the stadiums “is that the capacity is too big”, he has highlighted that this choice is “the best thing for Valencia” and has cited others with a similar capacity as Juventus.

In addition, the stadium will include, among other things, a photovoltaic canopy, more “open” and “ventilated” and a second ring for restaurants and leisure facilities. Schneider emphasized that the aim was not only to offer a “place that is open practically every day of the week” for games or major events.

The budget would be around 115 million, not counting the sports center, an expansion of the locations to 70,000 would mean between six and eight million more. The work would take between 20 and 22 months.

Sean Bai has claimed that the intention is to “complete the stadium as soon as possible” and that “the citizens and the club will have new facilities that we can all enjoy together”. He has publicly expressed “the club’s enthusiasm and commitment to the completion of the Nou Mestalla, a place for the people, for our club and an important landmark of the city of Valencia”. “We want to carry it out amicably with everyone involved,” he emphasized.

For her part, the financial manager has insisted on the feasibility of the plan, whose budget is “100% covered” with the sale of assets – the Nou Mestalla tertiary building and the office building – and the 80 million from the CVC fund, in addition to 15 million from bridging loans with financial institutions “in the event that unforeseen events occur”. “If all private projects in the city had to fund their work 100%, nothing would be done,” he claimed.

Additionally, he has stated that the CVC’s €80m is 70% of the cost and is “available now” as there are companies that would push it until it is fully unlocked. He has also argued that there are offers to sell the assets, although they are not binding as no “security” can be given to buyers until it is built.

He has noted that the club “is not required to provide any guarantees” because in 2025 it made a cash contribution of 1.2 million to the Generalitat, which is the guarantee required by law.

“THE ATE HAS NOT EXPIRED”

Sean Bai has noted that “it is an objective fact” that the ATE “has not expired” and that the club has provided documents showing that it meets the main points of the ATE. About the possibility of going to court , said he has hinted that the club “must defend their interests” but will look for “the agreement”.

“If, despite our willingness to reach agreements by presenting credible construction projects from an economic and financial point of view, the administration decides to proceed with the phasing out of the ATE, the club will be forced to appeal this decision as this appears to be the case us a totally disproportionate and unjustified measure,” he warned.