Vaccination of pros and cons: mocking the paper shortage warning 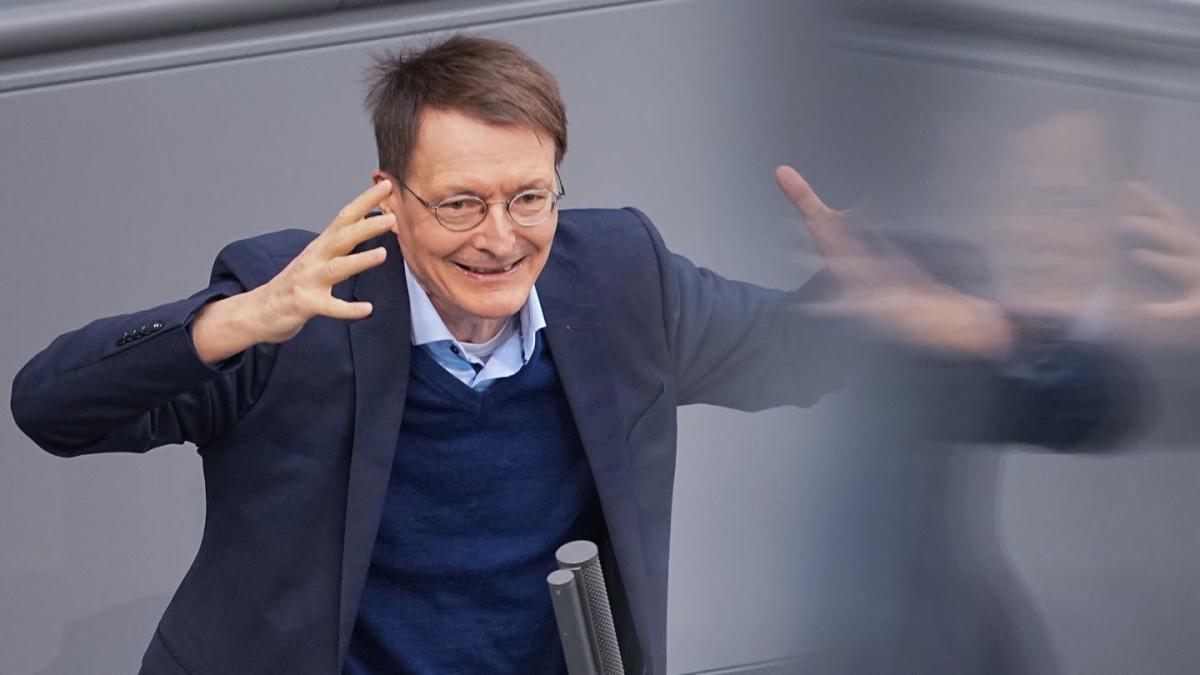 Berlin (dpa) – The arguments for and against the controversial introduction of a compulsory corona vaccine clashed violently in the Bundestag on Monday.

In a hearing on the existing drafts, doctors and lawyers emphasized why, in their opinion, compulsory vaccination was necessary to avoid new restrictions on liberty and an overload of the health system in the fall. Other experts objected. In April, several existing proposals will be put to a vote in the Bundestag without pressure from the party. The main association of compulsory health insurance has mocked with a warning about the lack of paper, which could hinder compulsory vaccination.

In a statement to the expert hearing, the National Association of Statutory Health Insurance Funds noted possible practical problems with compulsory vaccination from the age of 18, including a paper shortage in Europe. Cash registers “are not health or regulatory authorities.” Informative letters to the insured that were scheduled for May 15 cannot be fulfilled. “In addition, there is a huge shortage of paper in Europe and therefore material for the approximately 120 million letters is lacking,” according to the health insurance association.

Without vaccination due to lack of paper?

Then there was a lively discussion online under the hashtag #lack of paper. “As a member of parliament who rejects compulsory vaccination, I might be inclined to be happy about that. Not at all as digital politics,” Green politician Tabea Rößner wrote on Twitter. Others also made fun of the apparent lack of digitization in Germany or gave advice on buying paper. An Economy Ministry spokesman said he was not aware of an acute shortage of paper.

The National Association of Statutory Health Insurance Funds later released a statement, quoting its president, Doris Pfeiffer: “In our statement, we never spoke out against the introduction of compulsory vaccination.” Pfeiffer made a corresponding statement to the members of the Health Committee. They merely pointed out the practical difficulties that might be expected.

Several virologists and doctors advocated compulsory vaccination at the hearing, months before a possible new wave of corona in the autumn. “If you start too late, time will run out,” said Christine Falk, president of the German Society for Immunology. “Three immunizations with the vaccines approved in Germany offer long-lasting protection against serious diseases,” Falk stressed.

In his own words, virologist Klaus Stöhr does not expect that the disease burden in autumn can be drastically reduced by general vaccination. It is necessary to concentrate on those groups in which the vaccination gaps are greater. He also stated that natural immunity is also “robust immunity.”

Berlin vaccine researcher Leif Erik Sander admitted it was not yet clear which variants of the virus Germany would have to deal with in the autumn. However, it can be assumed that the available vaccines will also provide good protection against future variants. The president of the Professional Association of Pediatricians, Thomas Fischbach, pointed out that children do not usually get seriously ill with Covid. But there are “millions of unvaccinated patients at risk” who could also vaccinate themselves; Until then, childhood immunizations were primarily for protection.

Legal arguments for and against compulsory vaccination

Lawyer Robert Seegmüller described the justifications for a general obligation to vaccinate as “simply too narrow”. The judge of the Federal Administrative Court referred to the uncertainties in the scenario of imminent overload of the health system and regarding future variants of the virus. Restrictions on fundamental rights cannot be sufficiently justified in this way. Münster’s lawyer Hinnerk Wißmann, on the other hand, pointed out that without the mandatory vaccination in autumn and winter, there could be new freedom restrictions due to corona requirements. “There is no priority of the absence of vaccination over all other restrictions on fundamental rights,” he emphasized.

Bielefeld law professor Franz C. Mayer referred to the ruling of the Federal Constitutional Court on the so-called federal emergency brake: If the knowledge situation is uncertain, the legislature has “considerable room for manoeuvre”. The alternative plan of waiting until the fall and only then making vaccination mandatory if necessary is not very suitable. According to Meyer, the compulsory vaccination project from the age of 18 corresponds better to the constitutional requirements.

1714.2 new infections per 100,000 inhabitants and week: that’s how high the current incidence was according to the Robert Koch Institute (RKI) on Monday. There were 92,314 new corona infections and 13 deaths in one day. The values ​​are usually lower on Mondays than during the week. Nearly 9,000 doses of vaccines were administered across the country on Sunday. At least 63.1 million people (75.8 percent of the total population) have already received basic protection, which generally requires two injections. At least 48.4 million (58.2 percent) also received a booster shot. 19.5 million (23.5 percent) have not yet been vaccinated, of which 4 million are up to four years old and cannot yet be vaccinated.

In view of the continuing high number of infections, the federal government wants to maintain continued financial support for hospitals. The Federal Minister of Health, Karl Lauterbach (SPD), announced in an interview with the editorial network Germany that the flat rate for available treatment capacities will continue until April 18. The supply flat rate as a surcharge for the treatment of Covid patients will initially be extended until June 30. For example, clinics would receive a surcharge for each patient treated in the hospital for more than two days with Corona.