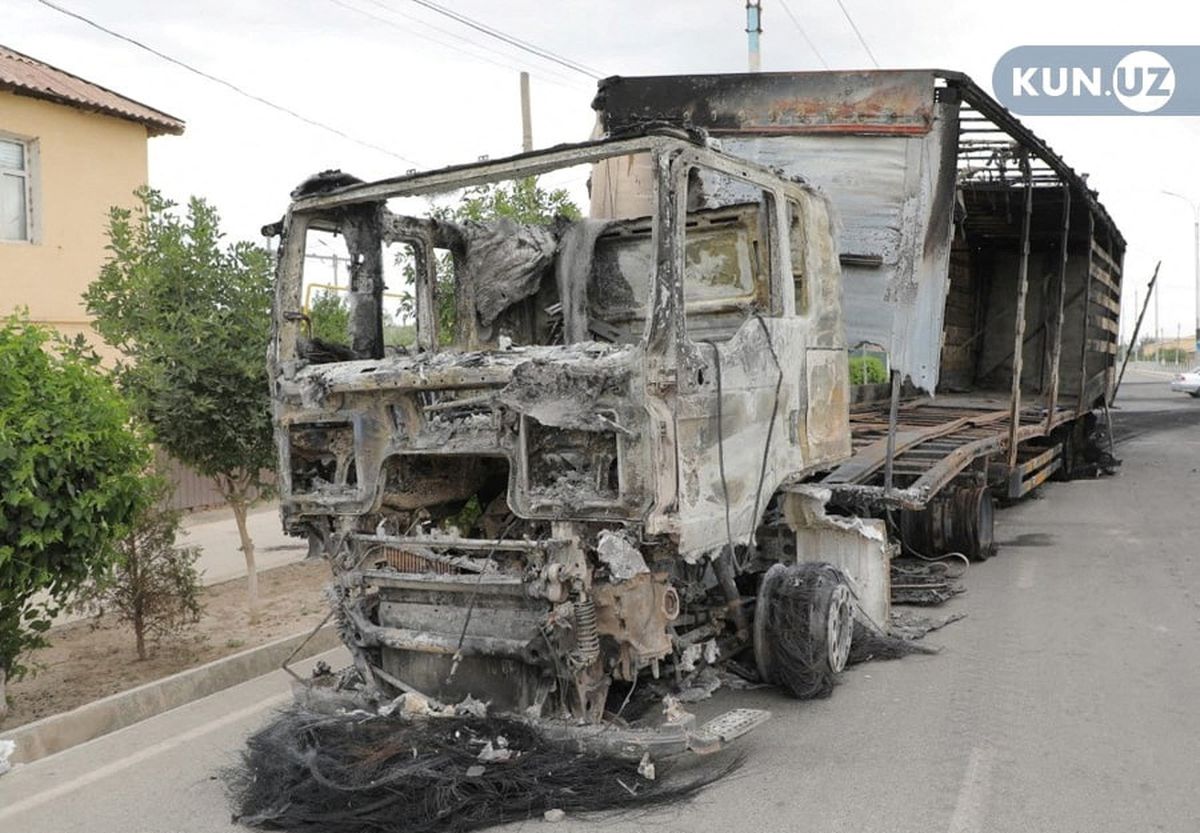 The parliament of Uzbekistan this Sunday passed a state of emergency in the autonomous republic of Karakalpakstan in the north-west of the Central Asian country, following protests sparked by changes that would limit its status in the constitution and that of the president . Shavkat Mirziyóyev finally retired this Saturday. Police have used riot gear such as pressurized water tanks against protesters for the third straight day in the city of Nukus, capital of Karakalpakstan. Mirziyóyev admitted Sunday that there had been “casualties” among civilians and security forces, without specifying the number of dead. An opposition member in exile has said at least five people have died, while a local media outlet, citing a regional authority, has reported that thousands of people have been hospitalized.

In a statement, Mirziyóyev criticized the demonstrators in Nukus for carrying out “destructive actions”, such as throwing stones or attacking the police. The state of emergency decreed “to ensure the safety of citizens, protect their rights and freedoms, restore law and public order on the territory of the Republic of Karakalpakstan,” according to Presidential Spokesman Sherzod Asadov, will last until April 10 August 2nd persist. The measure came on the third day of protests that broke out in Nukus last Friday against constitutional amendments proposed by Mirziyóyev. Some of the changes would have stripped Karakalpakstan of its sovereign status and right to secede from Uzbekistan (population 34 million) through a referendum.

Sultanbek Ziyayev, Minister of Health of Karakalpakstan, has spoken to the digital media company daryo.uz that hospitals in the region were overwhelmed and “thousands of protesters” had to be hospitalized. Exiled opposition leader Pulat Ahunov told Reuters that five deaths had been confirmed through local contacts.

The state of emergency includes a curfew between 9:00 p.m. and 7:00 a.m., travel in and out of the region is restricted, and all public acts are prohibited. The military is also stationed in the city. Residents of Nukus told Agence France Presse that a small group tried to protest for the second consecutive day on Saturday night and were dispersed by security forces.

To defuse tensions and in the wake of arrests over the protests – for which there are no official figures – Mirziyóyev visited Nukus this weekend, where he announced on Saturday the reversal of the constitutional amendments. There he said that “a group of people” tried to “illegally occupy the buildings of local state authorities,” Asadov shared his words on a Telegram channel. “Taking into account the unique ethnic and cultural characteristics, national traditions and values, as well as the special legal status of the Republic of Karakalpakstan, I believe that it is necessary to leave Articles 70, 71, 72, 74 and 75 of the Constitution unchanged, which is a legal status” of this region Finally, the President, who has been in office since the death of his predecessor Islam Karimov in 2016, emphasized the Uzbek and Karakalpak peoples, our unity and the atmosphere of peace and stability in our country,” the President stressed.

With almost 2 million inhabitants and two official languages, Karakalpak and Uzbek, the Autonomous Republic of Karakalpakistan is the largest region in the country but the fourth-largest in Uzbekistan, a former Soviet republic ruled with an iron fist where dissidence is harshly repressed.