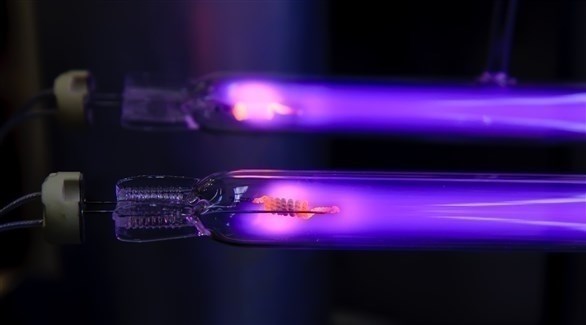 A new US study has found that the ultraviolet light emitted by ceiling lamps is highly effective in reducing the transmission of airborne diseases from person to person, such as COVID-19 and influenza, and therefore reduces the risk of a similar pandemic.

According to a study conducted at Columbia University School of Medicine, this type of long-range ultraviolet lamp was able to destroy more than 98 percent of airborne microbes in a room in 5 minutes.

The results of the study were published yesterday in the journal Scientific Reports. “Using this technology in places where people gather inside buildings can prevent the next potential epidemic,” said David Brenner, director of the Center for Radiological Research at Columbia University and co-author of the study.

What is a UVC far light?

Scientists have known for decades that a type of ultraviolet light known as UVC light rapidly kills bacteria and viruses. However, it cannot be used to destroy airborne viruses due to its health hazard to eyes and skin.

About 10 years ago, scientists at Columbia University proposed a different type known as long-range ultraviolet light, which has the advantage of not penetrating the skin or the human eye. But it has only been tested in small experimental rooms, not in rooms that simulate the real world.

In the new study, scientists tested the effectiveness of far-ultraviolet light in a large room with the same ventilation rate as a typical home or office, and sprayed a mist of S. aureus into the room. The light killed 98 percent of the microbes within 5 minutes. Even as he continued to spray and the air in the room changed, the lamps managed to kill them.