US warns Russia against using weapons of mass destruction against Ukraine 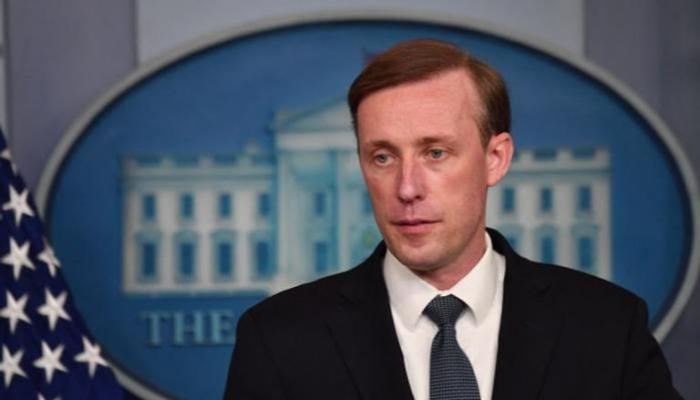 On Sunday, the United States warned Russia about the danger of using weapons of mass destruction during Ukraine’s military operations.

US national security adviser Jake Sullivan said Russia’s use of weapons of mass destruction would be a “most shocking line” that President Vladimir Putin would cross in violation of international law.

He added that the North Atlantic Treaty Organization “NATO” would activate Article 5 and pay in full force if Russia fires a single shot in an area that belongs to it.

He revealed that Washington is consulting with allies and communicating directly with Russia to warn it against using chemical weapons.

The US warning came as Polish President Andrzej Duda stressed on Sunday that Moscow’s use of chemical weapons during the attack on Ukraine would “change the rules of the game” and lead NATO to rethink the conflict.

Duda told the BBC that if the Russian president were to use “any weapon of mass destruction, it would be a game changer … for alliances.”

He added that in this case, NATO, which Poland joined in 1999, will have to seriously think about its next steps.

“Because then the situation will become dangerous, not only for Europe, not only for our part of Europe… but for the whole world,” he added.

Duda indicated that Putin will resort to all means, especially since he lost this war “politically” while militarily he is no longer capable of winning it.

And on Sunday, the war was closing in on the Polish border with 35 killed and 134 wounded in a Russian attack on a military base in Yavoriv, ​​in western Ukraine, some 20 kilometers from Poland.