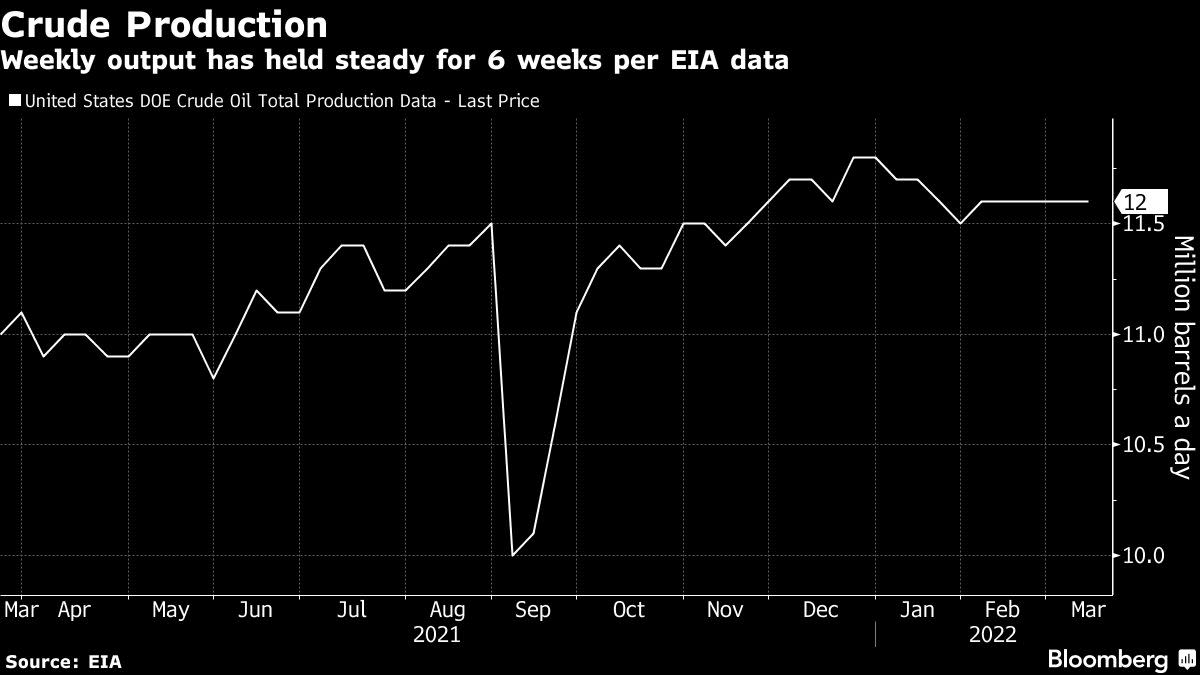 (Bloomberg) — The U.S. government has been underestimating domestic oil production despite record output from the world’s largest shale field, according to industry analyst ESAI Energy LLC.

“We think they haven’t reflected enough production in the weekly number they’re reporting,” said Elisabeth Murphy, ESAI’s upstream analyst for North America. The company expects daily supplies to rise by about 100,000 barrels to 11.7 million this month.

“Our projected figure primarily reflects the number of completed wells per basin and the drilling trajectory that has occurred along with changes in the price of oil,” Murphy said.

The EIA said the stagnant figure was the result of rounding daily production to the nearest 100,000 barrels instead of the nearest 1,000 barrels. In addition, the estimates have been affected by the combination of various forecast data used by the agency’s analysts.