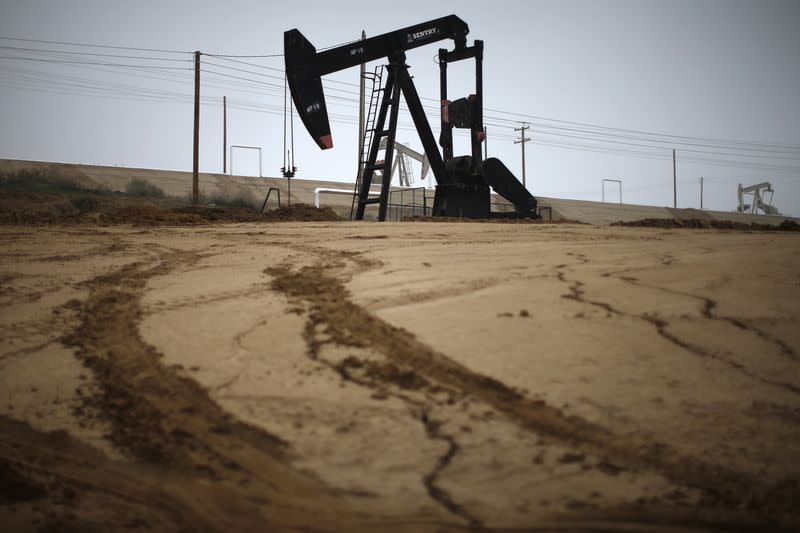 HOUSTON, March 15 (Reuters) – A group of oil and gas “mini-giants” is emerging among U.S. shale producers, created from towering deals that industry executives hope will accelerate due to the high prices of raw materials and a lower extraction of European companies in the North American country.

The new players, including Devon Energy Corp, EQT Corp, Continental Resources, Pioneer Natural Resources and Diamondback Energy, are preparing other rounds of negotiations that will lead to deals or mergers, according to interviews with a dozen sources.

“The conditions are in place for listed companies, particularly large independents and mid-caps, to use the deals to restructure and have ensured they have adequate inventory to capitalize on this commodity price supercycle,” he said. Pete Bowden, Global Head of Energy and Power at Jefferies.

Potential targets include Colgate Energy Partners, controlled by Pearl Energy Investments and NGP, and Ameredev II, backed by EnCap Investments. Both were formed after their private equity owners merged companies to make them more attractive to big startups.

The trend is similar to a cycle from the 1990s, when quick mergers spawned the global giants BP, Exxon Mobil Corp and Chevron Corp.

Just as then, this round of consolidation uses size to improve economies of scale. But this time, the so-called “new giants” are largely coming together to exploit individual US shale formations.

Pioneer Natural Increased its holdings in the Permian Basin with two deals last year and now produces more oil and gas there than Exxon. EQT has become the largest producer of natural gas in the United States from its stronghold in the Marcellus shale of Pennsylvania and West Virginia.

Devon, the best-performing stock in the S&P 500 index in 2021, has also been eyeing deals, according to two investment executives, after losing last year when Shell sold assets in the heart of the US shale industry.

Devon and Exxon Ven declined to comment to Reuters inquiries. Executives from Continental, Diamondback, EQT and Pioneer did not respond to requests for comment.

(Reporting by David French in Houston; additional reporting by Shariq Khan in Bengaluru. Editing in Spanish by Marion Giraldo)