US sanctions against Pyongyang and Moscow 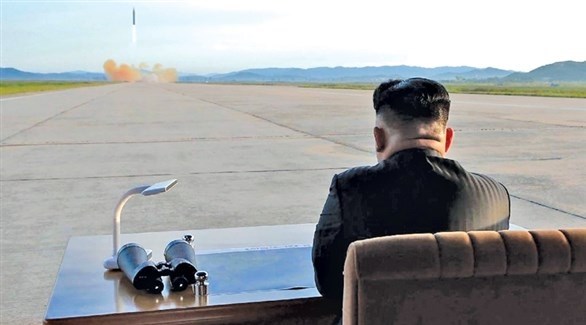 The United States announced Thursday that it has imposed new sanctions on Russian and North Korean entities after Pyongyang launched an intercontinental ballistic missile that landed in Japan’s exclusive economic zone.

The US State Department said in a statement that the entities and individuals targeted by these sanctions are accused of “transferring sensitive materials to North Korea’s missile program.”

“These actions are part of our ongoing efforts to undermine the DPRK’s ability to develop its missile program and highlight Russia’s pernicious role on the world stage” in providing such assistance to Pyongyang, it added.

In North Korea, US sanctions have targeted Ri Sung-chul and the Foreign Office of the Second Academy of Natural Sciences.

The US State Department did not specify the alleged links between these entities and North Korea’s missile program.

“The test launch of the new Hwasongfu-17 intercontinental ballistic missile of the Strategic Forces of the Democratic People’s Republic of Korea was carried out on March 24 under the direct leadership of Kim Jong-un,” the Central News Agency said. North Korea.

The “Hwasongfu-17” is a large ballistic missile called a “monster missile” and was first revealed in October 2020, but had not been successfully tested before.

“The missile, which was launched from Pyongyang International Airport, rose to a maximum range of 6,248 km and flew 1,090 km for four minutes and 52 seconds before accurately impacting the predetermined area in the open waters of the East Sea of Korea.” the agency added.