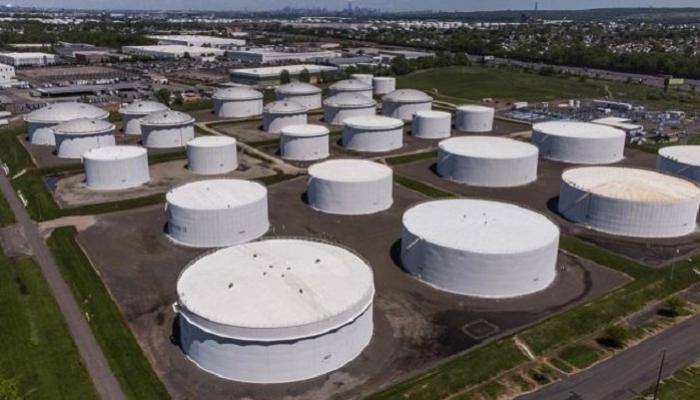 The United States of America began storing a strategic oil reserve for the first time in 1975, following the Arab oil embargo during the October 1973 war.

The reason to maintain oil reserves

In October 1973, the Organization of Arab Petroleum Exporting Countries (OAPEC) banned the export of oil to the United States and other countries that support Israel in its war against Egypt and the Arabs.

The ban has caused gasoline prices to rise and hurt the US economy.

The Russo-Ukrainian war was reminiscent of what happened 50 years ago in the October 1973 war, when a US source announced, according to Reuters, saying: “If the United States takes action to withdraw more oil reserves, it may be more than thirty million barrels per day that were released earlier this month.”

“US officials are considering another withdrawal from the US Strategic Petroleum Reserve, and no decision has been made so far,” the source said.

According to the US Department of Energy (Bureau of Fossil Energy and Carbon), the size of the strategic reserve is 604.5 million barrels (as of November 19, 2021).

This reserve is stored in a 4-site government complex with deep underground storage caverns created in salt domes along the Texas and Louisiana Gulf Coasts.

The US energy company indicated that the strategic reserve was filled to its authorized storage capacity, which amounted to 727 million barrels on December 27, 2009.

However, its sale and withdrawal led to a reduction in storage to 695.9 million barrels for 2011.

The highest strategic reserve stock was 726.6 million barrels, but the report did not mention the year in which the reserve stock reached its highest levels.

He stated that up to 4.4 million barrels per day can be pumped from the strategic reserve, while the process of entering oil from the reserve into the US market may take only 13 days from the date of a presidential decision, according to Russia. Today.

This amount is enough to meet US demand for a period of more than a month, and the United States also maintains small amounts of heating oil and gasoline in the Northeast of the country.

Later, some US presidents resorted to extracting from reserves to calm oil markets in times of war or when hurricanes occur that disrupt oil infrastructure along the US coast in the Gulf of Mexico.

US oil inventories fell sharply last week, after rising for two weeks, as supply concerns mounted and Europe backed away from the idea of ​​banning Russian oil exports.

The US Energy Information Administration’s Crude Oil Inventories report quantifies the number of barrels of crude oil stored by US companies.

International oil and energy market experts stressed that the reason for the impact of US oil stocks on oil prices is because the United States is the world’s largest oil consumer.

The experts added that the United States consumes about 19.7% of the world’s consumption annually, so any change in its crude stocks affects oil prices, inflation and other important economic indicators.

The experts added, just as the United States of America is the largest oil producer in the world, so the change in stocks of US companies affects the supply of oil in the markets, and therefore oil prices.

A US source who was involved in discussions about the US administration’s request for some major oil consumers, including China, India and Japan, to study the use of their crude reserves in a coordinated effort to reduce prices and stimulate economic recovery, on November 18, 2021, revealed the impact of the withdrawal of US oil stocks.

The source said the US share of any potential drawdown would have to be more than 20 million to 30 million barrels to affect markets, according to Reuters.

This withdrawal can be in the form of a sale or loan from the Strategic Petroleum Reserve.

Under US law, the president can order the sale of strategic reserves if the country faces a supply disruption that threatens the economy.

The strategic reserve has been used for this purpose on 4 occasions, the last one in 2021.

Washington previously engaged in coordinated withdrawals from the strategic reserve with the International Energy Agency, which is headquartered in Paris and coordinates energy policies in its 30 member states, according to Reuters.

Below are some of the biggest pullbacks from the strategic stocks.

The White House announced that the United States will withdraw 50 million barrels of its strategic oil reserves, in coordination with China, Japan, India, South Korea and Great Britain.

In June 2011, President Barack Obama ordered the sale of 30.6 million barrels due to supply disruptions in Libya.

The withdrawal process was coordinated with the International Energy Agency, which also removed 30 million barrels.

The case ended up selling 11 million of them to energy companies. In a coordinated response, the International Energy Agency set a goal of making 60 million barrels of oil and oil products available, but less was ultimately sold.