US official: Russia’s combat power is declining in Ukraine 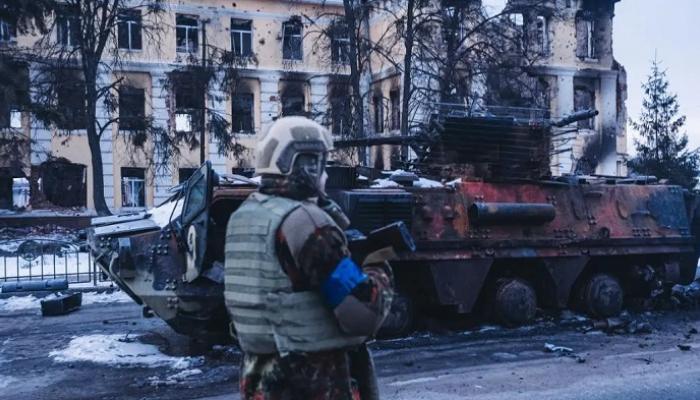 A senior US defense official said Russia’s combat power in Ukraine has fallen below 90% of its level for the first time since the start of the attack on Ukraine.

The United States estimated that Russia had concentrated more than 150,000 troops around Ukraine before the February 24 operation, along with enough planes, artillery, tanks and other weapons.

“For the first time, it may be a little less than 90 percent,” said the official, who asked not to be identified. The official did not provide evidence.

A month into the war, Russian forces failed to capture any major cities, and Ukrainian forces halted their advance on almost all fronts. Instead, Moscow resorted to bombarding cities with artillery, missiles, and bombs. Russia denies targeting civilians.

The shelling was largely focused on the southeastern city of Mariupol, with the US official saying the Russian Navy had likely been firing at Mariupol from the Sea of ​​Azov over the past 24 hours.

Russia has not released official casualty figures since announcing on March 2 that 498 soldiers had been killed and 1,597 wounded.

But his offensive has since met stiff resistance from the Ukrainian military and volunteer defense forces.

As casualties from the conflict mounted, the United States warned that Russia might seek help from China, however the White House said it had seen no evidence of China providing military equipment to Russia.

The US official said there is no indication that Russia is directing additional supplies to Ukraine so far.

Putin describes the conflict as a “special military operation” to disarm Ukraine and replace its pro-Western leadership, saying the operation is going according to plan.

For its part, the Russian Defense Ministry said in its daily statement on Tuesday that it had destroyed 137 Ukrainian military installations, including observation points and communication centers.

Subdivisions of the Russian Armed Forces advanced another 6 km, liberated the village of “Urugaynoy” and are now fighting units of the 128th Separate Offroad Offensive Brigade of the Ukrainian Armed Forces.