US military plane crashes with 4 on board in Norway 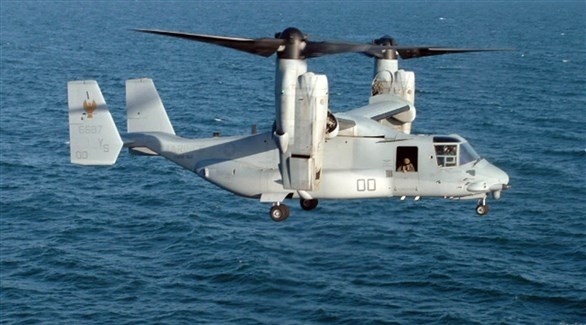 A Norwegian emergency service said on Friday that a US military plane with 4 crew members on board went missing in Norway and may have crashed while taking part in NATO exercises.

The Regional Emergency Service (HRS) said in a statement that the American Osprey plane disappeared at 18:26 south of Bodø in northern Norway due to bad weather.
Its four-member crew was taking part in “Cold Response” military exercises, accompanied by some 30,000 soldiers from NATO countries, as well as Sweden and Finland.

A spokesman for the Joint Rescue Coordination Centers in Norway said a rescue helicopter and a Norwegian military plane combed the area and detected the plane from the air at 2017 GMT en route to the scene by land.

A statement from the emergency services said that “rescue personnel, while searching from the air, saw signs that the plane was in the area where it was lost, but the weather was very bad, which prevented them from landing”, and He indicated that rescue teams and police were heading to the area.

“We are not in the same place, so we don’t know anything about the four people on board,” emergency services spokesman Jan Askel Severinsen told NRS television.

For its part, the US military confirmed that the Marine Corps aircraft had an accident during training in Norway as part of the Cold Response 2022 exercise, with spokesman Jim Stinger saying that “the cause of the accident is under investigation and details will be provided.” additional”. provided as they become available.

The 2022 “Cold Response” exercises aim to test Norway’s management of allied reinforcements on its soil in the event NATO’s joint defense clause is activated.

The exercises began this week amid increased tension between Russia and the alliance over the invasion of Ukraine, but were timed well before the start of the Russian offensive on February 24.