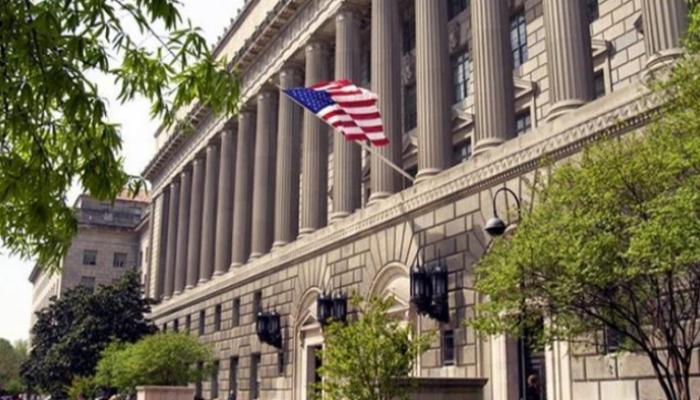 The US goods trade deficit narrowed in February but remained near an all-time high, according to official data.

The merchandise trade deficit is approaching an all-time high, indicating that trade will have a negative impact on economic growth in the first quarter of 2022.

And the US Commerce Department said Monday that the merchandise trade deficit narrowed in February by 0.9% to $106.6 billion.

The goods trade deficit hit a record high of $107.6 billion in January, according to Reuters.

And the US Commerce Department stated that exports rose 1.2 percent to $157.2 billion, covering a 0.3 percent rise in imports to $263.7 billion.

The recovery in exports was driven by a 6.3% increase in shipments of consumer goods, according to the US magazine “Forbes”.

The US Commerce Department added that food exports rose 3.6 percent and industrial supplies rose 2.6 percent, but auto exports fell 3.4 percent as the Production continued to be hampered by a global shortage of semiconductors.

There has also been a significant drop in exports of capital and other goods, according to the US Department of Commerce.

The data shows significant increases in imports of industrial supplies, and imports of capital goods as well as consumer goods increased.

While companies continued to restock in February, the pace was slower than in the final months of 2021.

Despite the increase in February, inventories are likely to be neutral to GDP growth this first quarter of 2022, as they will need to rise at a similar rapid pace as in the fourth quarter to contribute to growth.

Estimated GDP growth for the first quarter of 2022 was less than 1%.

On Tuesday, the US department will publish the full trade report for the month of February, which includes country data.

Expectations of a drop in inflation

For her part, Cecilia Ross, chief White House economist, said Monday that Russia’s war in Ukraine will push up energy and food prices, but US inflation rates are expected to ease next week. year, according to Reuters.

Ross said those estimates were made in November, before Russia’s war in Ukraine, and that the White House will review its economic assumptions later this year to include the war in Ukraine and its effect on inflation.

The White House chief economist did not provide any specific expectations about the impact of the war or the size of the increase that could result in the rate of inflation.