US inflation rises to nearly 8 percent 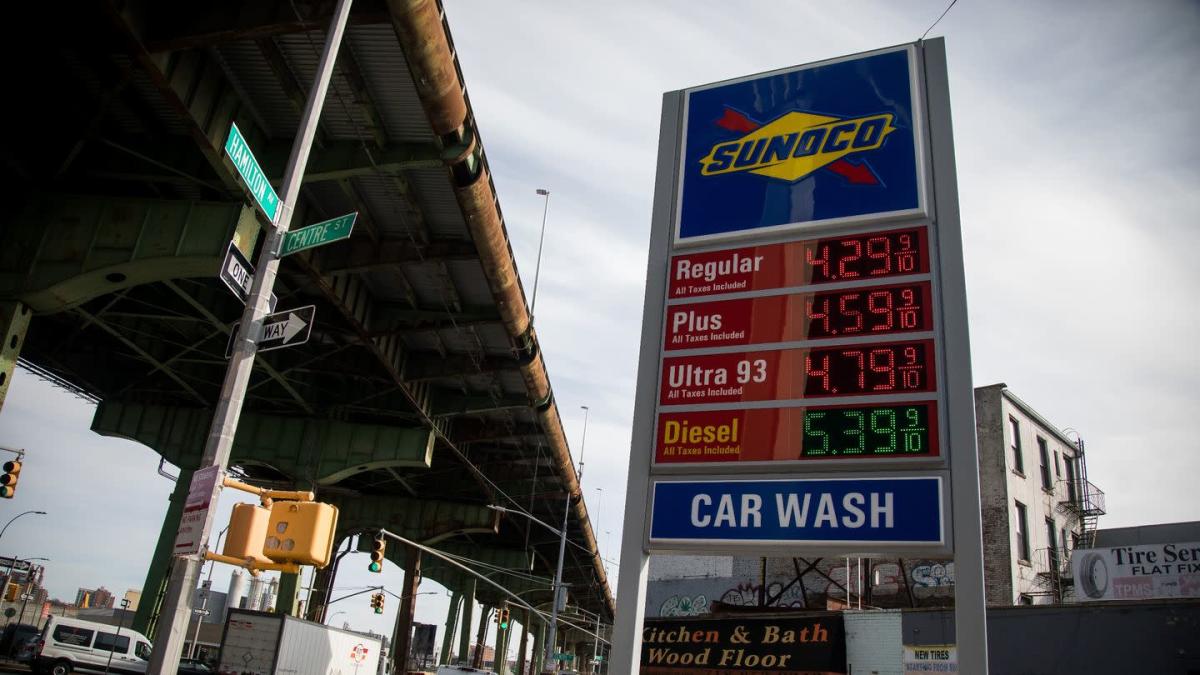 Washington (dpa) – High inflation in the US accelerated further in February. Consumer prices rose 7.9 percent year on year, the Labor Department in Washington said on Thursday.

This is the highest inflation rate since 1982. Analysts expected this rate and expect inflation to rise further in March due to the fallout from the war in Ukraine. US President Joe Biden acknowledged that price increases are taking a toll on Americans’ budgets and vowed to do something about it.

Inflation in the US has risen steadily since last August. The inflation rate was 7.5 percent in January and 7.0 percent in December. The strongest price driver remains the high cost of energy, which has recently risen sharply due to the fallout from the war in Ukraine. In February, energy prices rose 25.6 percent compared to the same month last year. In the world’s largest economy, inflation continues to rise above the two percent target set by the US Federal Reserve.

Even if the rising rate of inflation has been going on for some time, Biden is now trying to blame Russian President Vladimir Putin’s aggression against Ukraine for the development. On Thursday, Biden again spoke of “Putin’s price gouging.” He stressed: “A key reason for inflation this month was rising gas and energy prices as markets reacted to Putin’s aggressive moves.”

The harsh sanctions against Russia also took their toll on the United States, Biden said. After several other punitive measures, the US government on Tuesday ordered a ban on oil imports from Russia. This has an impact on gas prices in the US Gas prices are already at an all time high. The price increases could cause problems for Biden and his Democrats nationally. Elections to the US Congress are scheduled for November, and popular resentment over higher spending would then be a real problem for the president. Biden emphasized: “I know that higher prices are a drain on family budgets, and that is why I am fighting for a reduction in daily prices that put Americans under pressure.”

Among other things, the United States released oil from the strategic reserve in coordination with its allies, he said. “My administration is committed to investing so we can manufacture more in America, strengthen our supply chains and bring products to market at lower costs.” It also encourages competition so that large companies offer fair prices to consumers.

At the same time, Biden emphasized that the development of the labor market was generally positive. The number of new jobless claims remains low, while jobs are being created in record numbers. Since the collapse of the first wave of corona, the labor market situation in the US has improved significantly overall. The number of requests for help has roughly reached the level that prevailed in the years before the Corona crisis.

The US Federal Reserve takes into account developments in the labor market when making monetary policy decisions. In view of the strong labor market and high inflation, the US Federal Reserve has signaled the first interest rate hike since the start of the coronavirus pandemic for March. The market expects interest rates to rise 0.25 percentage points, but a step greater than 0.5 percentage points is not ruled out due to high inflation.