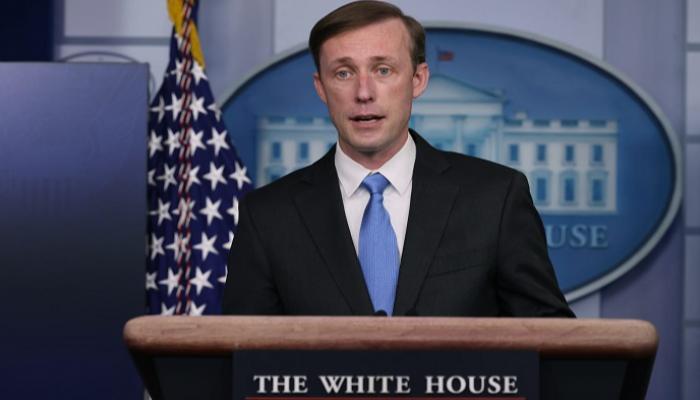 The United States has escalated its rhetoric against Houthi attacks on Saudi Arabia, accusing Iran of having a clear role in them.

According to a statement by US National Security Adviser Jake Sullivan, Washington condemns the Houthi terror attacks on civilian infrastructure in the Kingdom of Saudi Arabia on Friday.

“These attacks were clearly enabled by Iran, as were the attacks that targeted water treatment plants and energy infrastructure on March 19 and 20,” he said.

He considered the Houthi terror attacks to be in violation of UN Security Council resolutions banning arms imports to Yemen.

He continued: “The Kingdom and the Yemeni government have supported many of the United Nations calls for a ceasefire and de-escalation over the past year, while the Houthis continue to reject these calls and respond with terrorist acts and attacks. military”.

He warned that the Houthi terror attacks are prolonging the Yemeni conflict and resulting humanitarian crisis, stressing that it is time to end this war and bring relief to the Yemeni people, but that can only happen if the Houthis agree to cooperate with the United Nations and its envoy, who is working on a gradual process to de-escalate the conflict.

He stressed that Washington will continue to provide full support to its partners in defending their lands from Houthi attacks, calling on the international community to do the same.

The US national security adviser’s condemnation comes after a similar condemnation by US Secretary of State Anthony Blinken, who said: “At a time when all parties must focus on de-escalation and providing life-saving humanitarian aid to the Yemeni people before the holy month of Ramadan, the Houthis continue their destructive behavior and reckless terrorist attacks against civilian infrastructure.

Blinken added: “We will continue to work with our Saudi partners to bolster their defenses as we seek a lasting end to the conflict, improving lives and creating a space for Yemenis to collectively determine their future.”

The United States of America is considering putting the Houthi militias back on the terrorism list after the administration of President Joe Biden removed them from the list in his first days in the White House.

And Biden had confirmed last January that his administration was reconsidering the decision to remove the Houthis from the terrorist list hours after an Emirati state.

The spokesman for the coalition forces to support legitimacy in Yemen, Brigadier General Turki Al-Maliki, confirmed that Aramco’s petroleum products distribution station in the city of Jeddah was exposed to hostile action on Friday. at night, signaling the first signs of their targeting by the Iranian-backed Houthi terrorist militia.

The fire occurred in two tanks belonging to the oil facility, which were controlled without causing injuries or fatalities.

And in late February, the UN Security Council voted on a resolution classifying the Houthi militias as a terrorist group and placing them under an arms embargo after the terrorist militias claimed several drone and missile attacks on facilities. civilians in the United Arab Emirates this year. year.