US-China meeting in Italy on Ukraine 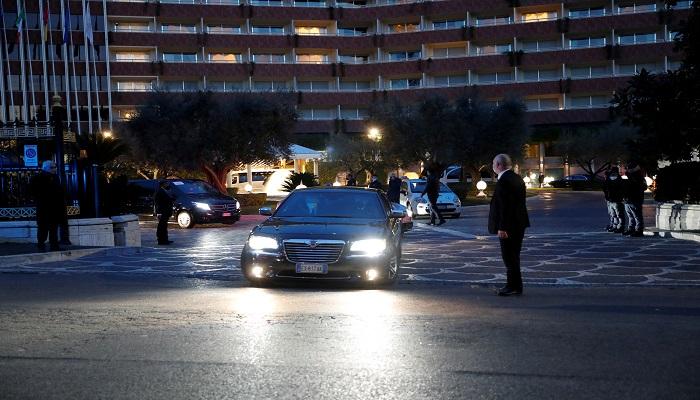 The White House announced that US and Chinese officials held a “substantial discussion in Rome on Russia’s war against Ukraine on Monday.”

This came during a meeting with US National Security Adviser Jake Sullivan and the Chinese Communist Party’s top foreign policy official Yang Jiechi.

The White House said in a brief statement that it highlighted “the importance of keeping open channels of communication between the United States and China” at a time when Washington is mounting pressure on Beijing, which has so far refrained from asking the Russian president Vladimir Putin to withdraw his forces from Ukraine.

This comes as the International Court of Justice announced that it will issue its decision on the case brought by kyiv against Moscow for the attack on Ukraine on Wednesday.

Ukraine is asking the United Nations highest court to order Russia to stop its offensive.

Last week, Russia refused to appear during the hearings of this case before the International Court of Justice, which will announce its decision from 16:00 (15:00) in The Hague.

On Sunday, the United States warned Russia about the danger of using weapons of mass destruction during Ukraine’s military operations.

US national security adviser Jake Sullivan said Russia’s use of weapons of mass destruction would be an “additional shocking mistake” that President Vladimir Putin would overlook by violating international law.

The US warning came at a time when Polish President Andrzej Duda stressed that Moscow’s use of chemical weapons during the attack on Ukraine would “change the rules of the game” and lead NATO to rethink the conflict.

- Advertisement -
Share
Facebook
Twitter
Pinterest
WhatsApp
Previous articleScholz in Turkey: Erdogan suddenly becomes a wanted partner – politics
Next articleWall Street bet on the pending rebound of Ukraine and the Fed. In the S&P 500 Moderna it is disparate and 19%