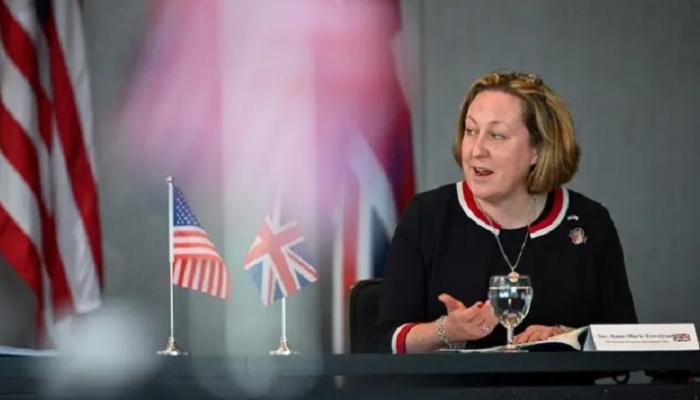 Washington has ended a long-running dispute with Britain over US tariffs on steel and aluminum.

The United States announced that it had reached an agreement with Great Britain on Tuesday under which Washington would eliminate the punitive tariffs imposed by the administration of former President Donald Trump in 2018 on British exports of steel and aluminum, and that London would retract the measures. of retaliation that it imposed in 2018. response to a series of US exports.

“This important deal will not only help ensure the long-term viability of the steel and aluminum industries, it will also protect American jobs and remove retaliatory tariffs on more than $500 million of American exports to the UK, including spirits, various agricultural products, and consumer items.

Trevelyan had said that he was optimistic about the possibility of reaching an agreement to resolve this dispute, which is poisoning relations between the two countries.

In January, the two countries announced the start of bilateral negotiations to end this dispute inherited from the Trump era.

In June 2018, the Trump administration imposed additional tariffs on US imports of steel and aluminum from several countries, including Britain. These punitive duties amounted to 25% on steel and 10% on aluminum.

The United Kingdom is the seventh largest trading partner of the United States in goods, with exports and imports totaling $118 billion in 2021.