US calls for tougher international sanctions against North Korea 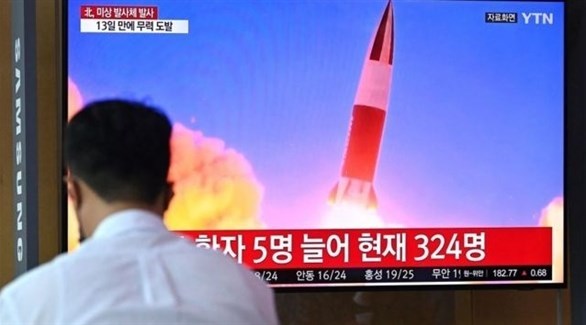 The United States called for tougher international sanctions against North Korea at the UN Security Council on Friday, accusing Pyongyang of “increasingly dangerous provocations” a day after it tested its largest intercontinental ballistic missile.

“The United States calls on all member states to fully implement existing Security Council resolutions,” US Ambassador to the United Nations Linda Thomas Greenfield said during the meeting, which was held to discuss North Korea issue.

“Due to the increasingly serious provocations by the DPRK, the United States will submit… a draft resolution to the Security Council to modernize and strengthen the sanctions regime,” which was adopted in December 2017, it added.

Thomas Greenfield recalled that at the time, “the council decided that it would take further action should the DPRK launch an ICBM.”

“That is exactly what happened, so now is the time to take those steps,” he added.

Then, in April 2018, North Korean leader Kim Jong Un formalized a moratorium on nuclear tests and long-range ballistic missile launches, deeming his goals had been achieved and declaring his country had become a state. nuclear.

But he came back and personally oversaw Thursday’s test, which the official news agency said was aimed at ensuring the country is prepared for a “protracted confrontation” with the United States.

The Group of Seven and the European Union yesterday condemned what they called a “flagrant violation” by North Korea of ​​its obligations under Security Council resolutions.

“We see this as part of an approach to testing and provocation by North Korea…probably hiding more,” Sullivan told reporters aboard US Air Force One.