US astronaut to travel home in Russian spacecraft during tensions 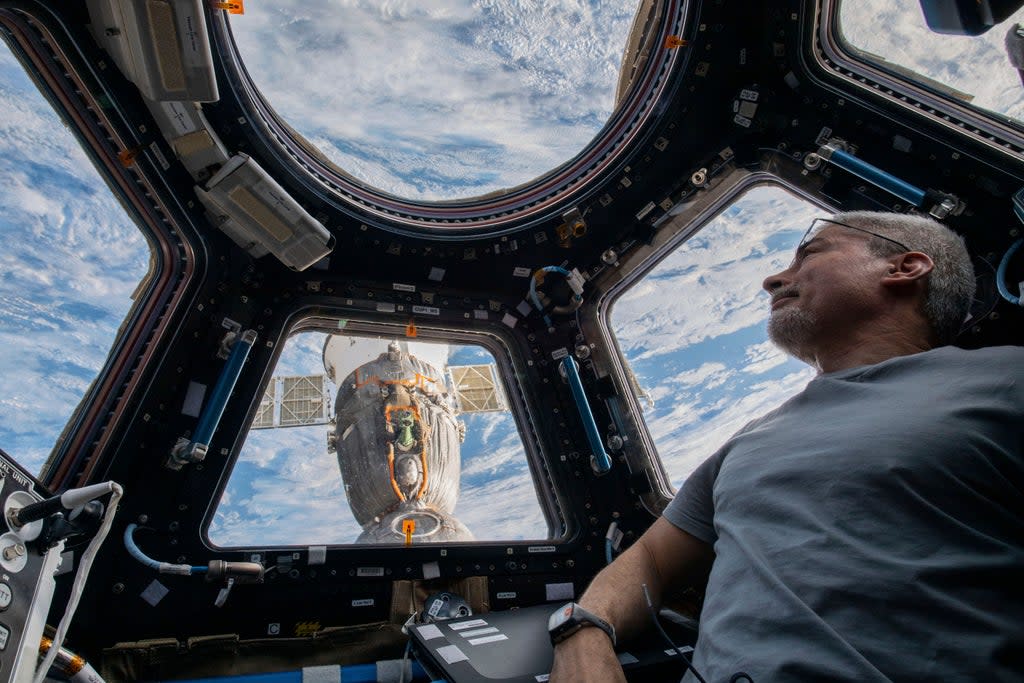 American astronaut Mark Vande Hei has spent nearly a year in space, but he faces what may be his toughest task yet: traveling in a Russian capsule back to Earth amid deepening tensions between countries.

NASA insists plans for Vande Hei’s return home at the end of the month remain unchanged, even as the Russian invasion of Ukraine has resulted in canceled launches, broken contracts and an escalating war of words by the leader of NASA. Russian Space Agency hardliner. Many are concerned that Dmitry Rogozin is jeopardizing decades of peaceful partnership off planet, especially on the International Space Station.

Vande Hei, who on Tuesday broke the US spaceflight record of 340 days, will leave with two Russians aboard a Soyuz capsule to land in Kazakhstan on March 30. The astronaut will have logged 355 days in space by then, setting a new US record. The world record of 438 continuous days in space belongs to Russia.

Retired NASA astronaut Scott Kelly, the US record holder until Tuesday, is among those battling Rogozin, a longtime ally of Vladimir Putin. Infuriated by what is happening in the Ukraine, Kelly has returned his Russian space exploration medal to the Russian embassy in Washington.

Despite the deadly conflict down here, Kelly believes the two sides “can hold together” in space.

“We need an example that two countries that have not historically been on the friendliest of terms can still work somewhere in peace. And that somewhere is the International Space Station. That’s why we have to fight to keep it,” Kelly told The Associated Press.

NASA wants to keep the space station operational until 2030, as do the European, Japanese and Canadian space agencies, while the Russians have not committed beyond the original completion date of 2024 or so.

The United States and Russia are the main operators of the orbiting outpost, permanently occupied for 21 years. Until SpaceX began sending astronauts in 2020, Americans regularly rode in Russian Soyuz capsules for tens of millions of dollars a seat. The US and Russian space agencies are still working on a long-term barter system in which a Russian would launch in a SpaceX capsule starting this fall and an American would fly in the Soyuz. That would help ensure the presence of an American and Russian station at all times.

Vande Hei, 55, a retired army colonel, moved to the space station last April and launched on a Soyuz from Kazakhstan with Pyotr Dubrov and another Russian. He and Dubrov stayed twice as long to accommodate a Russian film crew he visited in October.

As the situation 420 kilometers (260 miles) below escalated last month, Vande Hei acknowledged he was avoiding talks on Ukraine with Dubrov and Anton Shkaplerov, his Russian commander. Three more Russians will take off from Kazakhstan on Friday to replace them.

“We haven’t talked too much about it. I’m not sure we really want to go there,” Vande Hei told a television interviewer in mid-February.

Space station operations continue as usual, in orbit and on Earth, according to NASA.

“It would be a sad day for international operations if we can’t continue to operate peacefully in space,” said NASA’s chief of human spaceflight, Kathy Lueders, noting that it would be “very difficult” to do it alone.

To mark Tuesday’s milestone, NASA took to Twitter to collect questions for videotaped answers, with some asking if Vande Hei might switch to an American trip home. SpaceX will fly three wealthy businessmen and their escort of former astronauts to the space station in late March for a brief visit. Then, in mid-April, SpaceX will deliver four astronauts to NASA before bringing back four who have been on board since November.

NASA space station program manager Joel Montalbano, during a press conference Monday, said Russia’s space agency has confirmed they are ready to bring back all three: Vande Hei and the two Russians. A NASA plane and a small team will be available in Kazakhstan, as usual, to fly Vande Hei back to Houston.

Former NASA astronaut Heidemarie Stefanyshyn-Piper, whose father was born in Ukraine, acknowledges that it is a difficult situation.

“We are sanctioning Russia. Companies are withdrawing from doing business in Russia. But you still have the United States government, the space agency, doing business with the Russians,” she said. “You can’t push a button and separate the two” sides of the space station.

In addition to threatening to withdraw from the space station and launch it over the United States, Europe or elsewhere, Rogozin covered the flags of other countries on a Soyuz rocket awaiting liftoff with Internet satellites earlier this month. The launch was canceled after the client, London-based OneWeb, rejected its demands that the satellites not be used for military purposes and the British government suspended its financial support.

The European Space Agency is also reeling. After missing a 2020 launch deadline for its Mars rover, a joint European-Russian effort, the project was on track for a September liftoff from Kazakhstan. Now it will most likely be until 2024, the next opportunity for Earth and Mars to be correctly aligned. And Russia withdrew its personnel from the French launch site in South America, suspending Soyuz launches of European satellites.

All of this comes on top of the Russian government’s anti-satellite missile test in November that added countless pieces of junk to the debris already surrounding Earth and put the space station’s four Americans, two Russians and one German on alert for days.

Jeffrey Manber, now with the private company Voyager Space, helped forge US-Russian ties in the mid-1990s, launching the first piece of the space station in 1998. He sees the outpost as “one of the last strongholds of collaboration”. between the two countries. But, he added, “there is no turning back if the partnership is terminated and the result is a premature end to the ISS program.”

Regardless of how things play out on the space station, John Logsdon, a professor emeritus at George Washington University, hopes it will mark the end of large-scale space cooperation between Russia and the West.

“Russia has already been moving towards China, and the current situation is likely to accelerate that move,” he said.

While Vande Hei has been silent on Twitter, Kelly and others have gone into overdrive, taking offense at Rogozin’s threats.

Elon Musk’s private SpaceX criticized Rogozin after he said Russia would stop supplying rocket engines to US companies, Northrop Grumman and United Launch Alliance, adding that they could use brooms to reach orbit.

At a launch last week, a SpaceX official responded: “It’s time to let the American broom fly and listen to the sounds of freedom.”

The Associated Press Health and Science Department receives support from the Howard Hughes Medical Institute’s Department of Science Education. The AP is solely responsible for all content.