US and EU launch new sanctions against Russia 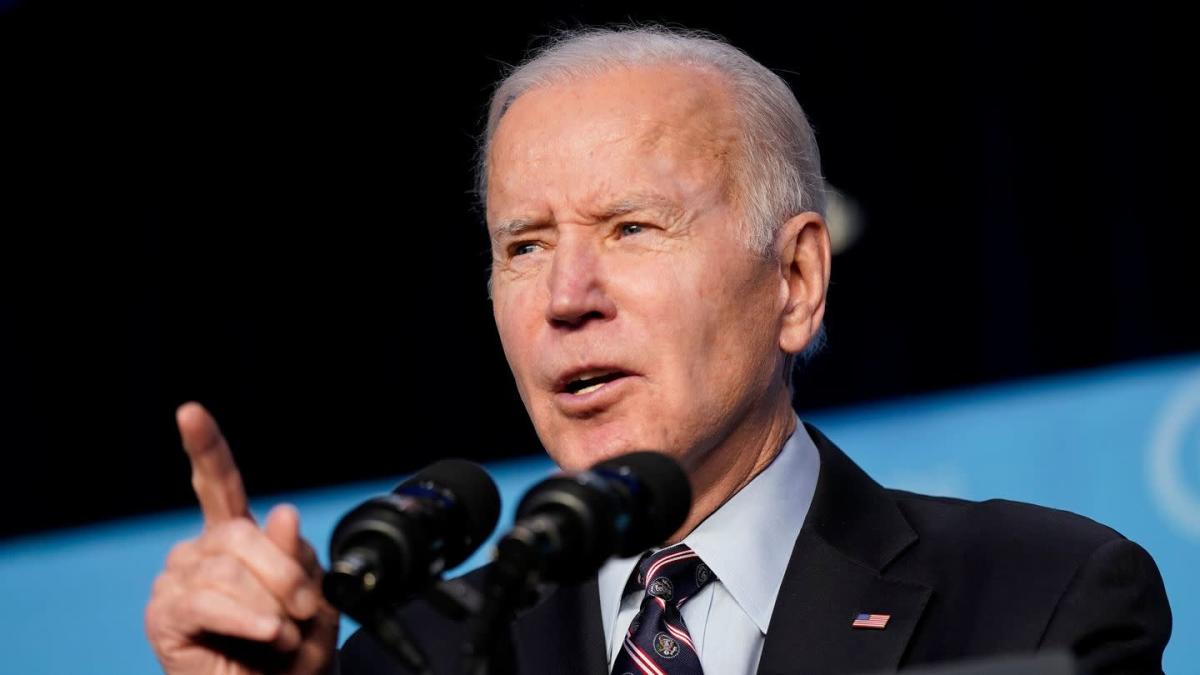 Washington/Versailles (dpa) – The EU states have agreed with the US and other allies on new punitive measures against Russia.

Due to the war against Ukraine, the Russian Federation will be deprived of the benefits of trade policy, which would pave the way for higher tariffs on Russian products, for example. A ban on the export of luxury goods to Russia is also planned, as well as US import bans on Russian products such as vodka, seafood and diamonds.

In addition, Russia is said to lose credit privileges with multilateral organizations such as the World Bank and the International Monetary Fund. And other members of the Russian elite are said to end up on sanctions lists and face entry bans.

“Putin is the aggressor,” US President Joe Biden said, referring to Russian President Vladimir Putin. “And Putin has to pay the price.” As the Kremlin chief continued his relentless assault on Ukraine, the United States continued to work in unison with its allies to increase economic pressure on Moscow and further isolate Russia on the world stage.

European Commission President Ursula von der Leyen added that it is also about depriving Russia of “the resources it uses to finance this barbaric war.”

The new measures were also announced in a statement from the G7 leaders on Friday. He states that the sanctions that have already been adopted have severely affected Russia’s economic and financial system. Russia should now be more isolated from the G7 economies and the international financial system. In addition to Germany, France, Italy, Japan, Canada, the United States and Great Britain also belong to the G7 of major Western industrial nations.

Meanwhile, the ban on exporting luxury goods is primarily aimed at Putin’s many wealthy supporters. Assets that already existed in the west of many had recently been frozen. Entry bans were also imposed.

“Those who keep Putin’s war machine running should no longer be able to enjoy their pompous lifestyles while bombs are falling on innocent people in Ukraine,” von der Leyen said on Friday shortly after a summit of EU leaders. in Versailles, Paris.

The steel industry in the spotlight

In addition to the import ban on luxury goods, the new EU sanctions package bans the import of certain products from the Russian steel industry. This is a blow to a core sector of the Russian economic system and is costing the country billions in export revenue, the commission chairman said. According to them, a complete ban on new investments in the entire Russian energy sector is also planned.

As for trade relations with Russia, the sanctions refer mainly to trade policy concessions within the framework of the World Trade Organization (WTO), which are to be lifted. Specifically, Russia will be deprived of its “most favored status.” This principle stipulates that WTO countries must receive equal treatment when it comes to tariffs and other regulatory measures.

From the perspective of US foreign trade, suspending normal trade relations would put Russia in the same category as, say, Cuba and North Korea. In the US, Congress must act to take this step.

Russia invoked this exact provision a few years ago after restricting the movement of Ukrainian goods through Russia. Ukraine appealed against him. The Dispute Settlement Committee concluded that Russia was entitled to invoke this paragraph.

US: Heavy blow to Russia’s economy

Now the EU, the US and their partners want to invoke it. Trade relations between the US and Russia are limited: according to the US government, Russia was the 20th largest supplier of goods to the US in 2019 and thus mainly supplied oil and gas, metals and chemicals. However, the White House stressed that, combined with the actions of the other Western partners, that is, “more than half of the global economy”, the step “will deal Russia another severe economic blow”.

The IMF and World Bank sanctions are said to consist of suspending Russia’s membership rights in these important multilateral financial institutions. “We will make sure that Russia can no longer receive funds, loans or other benefits from these institutions,” von der Leyen announced. “Because Russia cannot grossly violate international law on the one hand and expect to enjoy privileges as part of the international economic order on the other.”

Since the beginning of the war in Ukraine, the US, the EU and other Western partners, in coordination with the EU and other allies, have already imposed very harsh sanctions on Russia, including the largest banks and the Russian central bank. . Just a few days ago, the US also issued an import ban on oil from Russia. In addition, many companies are cutting their business with Russia on their own.