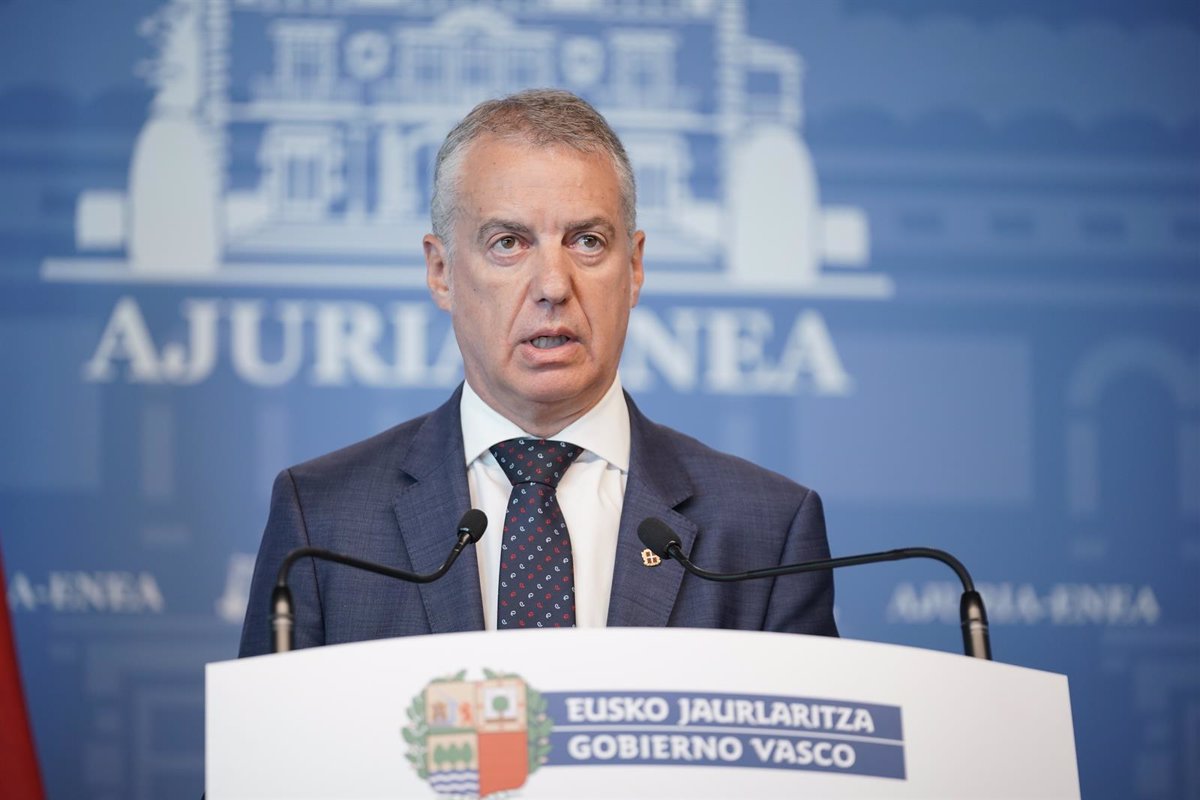 He reiterates that “the much-proclaimed co-governance could have been patented without excluding from the outset community intervention”.

The Lehendakari, Iñigo Urkullu, reiterates that the Basque Country will comply with the energy saving measures set by the State Government by Royal Decree-Law, although the Basque Government has already adopted them and regrets that the sanctions have not been verified. In his opinion, “the much-proclaimed co-governance without the normative intervention of the communities could have been excluded from the outset” in this matter for a patent.

Urkullu, via social media, references the Energy Saving Plan measures approved by the state government by Royal Decree-Law, acknowledging as that executive has warned that this “undoubtedly ranks and they must be complied with.”

In any case, remember that the Basque Government has adopted the latest measures for Basque administrative buildings based on the Sustainable Energy Law passed by the Basque Parliament in 2019.

Likewise, it is highlighted that both these measures and those proposed as recommendations for citizens were analyzed in the interministerial commission of the Basque Government held on Friday 29 July, after receiving the proposals from the Ministry of Economic Development, Sustainability and Environment and had been analyzed. , as well as EVE and Ihobe.

The Lehendakari explains that he would have been “grateful” if a Royal Decree-Law containing sanctions “had had practice in confronting the different realities that reflect all the sectors concerned, as well as knowledge of the homogeneous reflection and action on the part of the European Union” .

“In the global need for action for energy efficiency and consumption savings, which entails a change in habits and represents a medium-term task, in addition to realistic short-term measures, the focus is primarily on pedagogy and social awareness,” he emphasizes.

In this sense, he assures that the Basque Country “has spent years going beyond these specific measures now imposed, to adopt a global strategy to achieve greater efficiency and energy savings in its buildings and facilities”.

“Although the measures taken by the Spanish government find a judicial basis in the Constitution, beyond this option, the Spanish government could have taken the Autonomous Communities more into account and not extended its bases to the extremes necessary for these measures, in coordination with the General State Administration can share the definition of the measures with the communities,” he says.

“THE SELF-MANAGEMENT THAT RELEASED”

He thus points out that “in this case, the much-proclaimed co-governance could have been patented without excluding from the outset the normative intervention of the communities in the proposed measure”.

“Ultimately, it is not only a matter of seeking jurisdictional titles and legitimacy, but also clarifying the scope of the bases, in an action that is already characteristic of the Spanish government,” he adds.

Despite this, Iñigo Urkullu notes that “because this is an issue on which there is no ideological dispute, but the recognition of the differentiated reality, as well as the capacity to act and the necessary operational coordination demonstrated by the Basque institutions”. The Basque government “heeds” Vice President Teresa Ribera’s explicit request that “we all participate”. “The Basque government adds responsibly,” he concludes.