Updated Corona: Mandatory masks in schools must be removed – policy 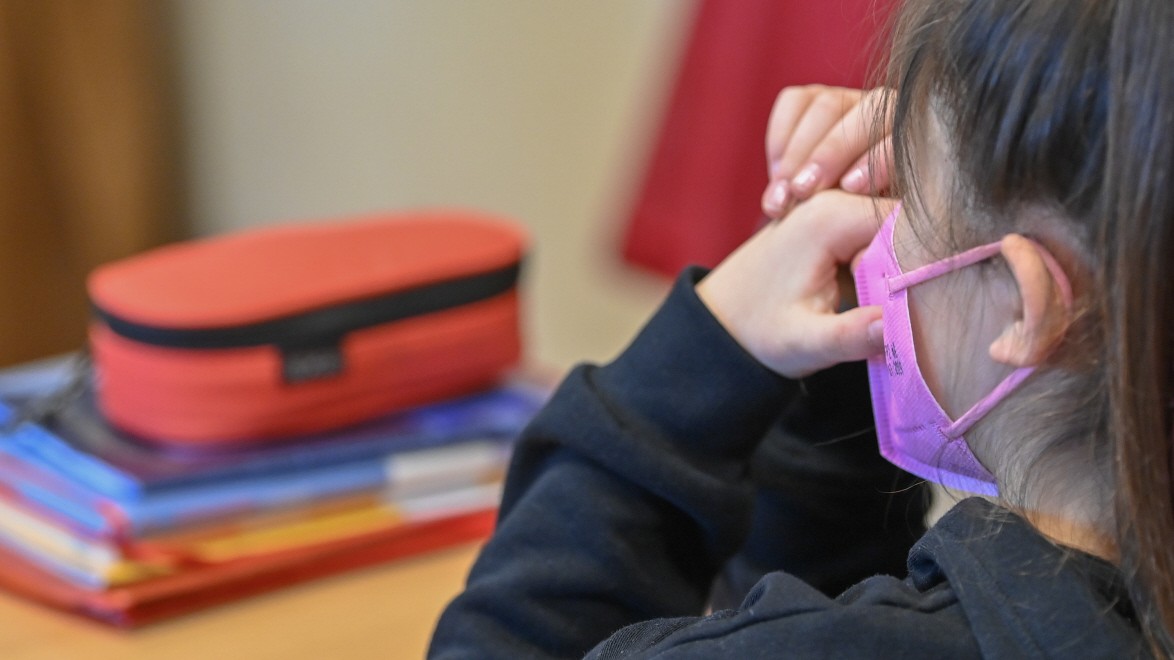 The Conference of Ministers of Education (KMK) has agreed on a uniform exit from the school Corona measures. At the beginning of April, the mask requirement in schools should end, Hamburg Education Senator Ties Rabe (SPD) said at the end of a KMK conference in Lübeck. Random testing would end in May. After two years of the pandemic, children and young people should experience normal school operations again in the summer, Hessian Minister of Education Alexander Lorz (CDU) added. “But not all of us can say what it will look like in the fall.”

The German Teachers’ Association had previously warned against abolishing the mask requirement. Instead of opening plans by the federal government, consideration should be given to postponing or even withdrawing relaxation steps, association president Heinz-Peter Meidinger said. Rhine Mail. “As an association of teachers, we expect an even more colorful and rationally difficult to understand mosaic of corona protection in schools in view of the future sole responsibility of the federal states for protective measures in schools.”

The Federal Association of Physicians in the Public Health Service (BVÖGD) is now calling for the occupational vaccination requirement to be extended to include teachers. “If we relax the mask requirement at school, it becomes even more important for adults to be vaccinated,” said Association Vice President Elke Bruns-Philipps. Rhine Mail. “One way would be to extend institutional vaccination requirements to teachers and educators, even though many of them are already vaccinated. Adults can protect themselves and their children by getting vaccinated.” (11/03/2022)

Lauterbach: “The situation is objectively much worse than the mood”

Federal Health Minister Karl Lauterbach (SPD) considers the current coronavirus situation to be critical. “The situation is objectively much worse than the mood,” he told a news conference in Berlin. There is a general feeling among the population and in politics that Corona is no longer a problem because the omicron variant of the pathogen is not so bad. Lauterbach warns that this is wrong. It is not only dangerous for the unvaccinated. Those who have been vaccinated could also become seriously ill and suffer long-term damage to their health. In the medium term, the current sharp increase in the number of infections is also likely to put pressure on hospitals, and the number of deaths from coronavirus could also rise again. The health minister says that between 200 and 250 people die every day. This is an “unsustainable situation”.

Lauterbach defended the new infection protection law planned by the federal government. The possibilities provided for countries to continue to impose corona measures are sufficient if they are used, he said. The new law is “as good as it is applied by the state parliaments.” In future, in addition to the mask and test requirement in some areas, other protective measures will only be possible in so-called hotspots, that is, in areas where the number of infections is high and hospitals risk being overwhelmed. This could also be entire federal states, Lauterbach said, and he expects a lot of these hotspots. “We will have to implement this law very quickly.”

The previous legal basis for corona measures by the federal states expires at the weekend, so the Bundestag is supposed to approve the new law on Friday. Contrary to popular belief, masks could still be made mandatory in schools at hotspots, Lauterbach said. He announced that free rapid corona tests for everyone (“citizen tests”) would continue to exist. The federal government bears the costs of this. (11/03/2022)

The number of corona-infected patients attending clinics per 100,000 inhabitants in seven days was 7.00 on Friday (Thursday: 6.74). Among them there are many people with a positive corona test who have another main disease.

In ten of the 16 federal states, the seven-day incidence of new corona infections has increased in the last week. This comes from the weekly report of the Robert Koch Institute on Thursday night. The reason for the current increase in Covid-19 cases is probably the easier transferability of the BA.2 subtype from omicron and the withdrawal of contact reduction measures.