Up to €25,000 profit on a small car: why experts still advise most investors not to invest in classic cars 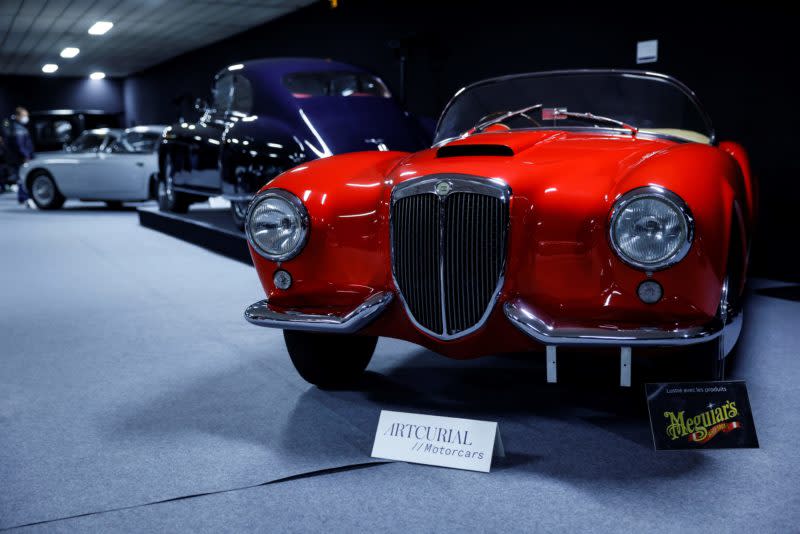 After the classic car scene had long been a niche where only enthusiasts frolicked, non-specialist investors discovered classic cars as investment objects with appreciation potential. The so-called “garage gold” run catapulted the prices of some models to astronomical heights. The best example of this is the early production years of the Porsche 911. The sports car icon was valued more and more each year until the bubble suddenly burst. In 2019, a coupé from 1965 and in grade 2 condition according to Classic Data cost 200,000 euros. A year later it was only 130,000 euros.

But does the market chill apply to all classics? A prominent counterexample is found in the increasingly popular segment of young vehicles, ie collector vehicles that do not yet have antique status. The Peugeot 205 GTI compact sports car from the 1980s was valued at just €4,800 by Classic Analytics in 2015. Some six years later, fine examples sometimes sell for more than €20,000.

But is it worth investing in classic cars just to increase their value? “I would advise against that,” Beat Rauss, an asset manager at Family Office Univest in Basel, tells Business Insider. The 67-year-old financial expert has been a fan for over forty years and is active in the classic car scene, owning three classic cars from the 1960s. Rauss says classic car prices have “peaked” and now they are falling slightly.

Jan Philip Rathgen, CEO of Classic Driver, one of the oldest and largest online marketplaces for collectible vehicles, has a similar opinion. “Basically, I wouldn’t recommend it to anyone, see historic cars as an investment object”, the expert tells us. It is a “high risk business” because this is a “highly emotional field.” “I think it’s quite dangerous to see it as an active group,” says Rathgen.

In addition, Rathgen considers it important that the theme of classic cars continues to have a place on the streets and in people’s lives. “If you downgrade to an asset class and the cars are only in expensive warehouses, this shouldn’t be good for the trend, but not good for market development either,” says the classic car insider. That’s why he believes the new classic car funds, in which he buys shares in certain vehicles, only make sense if he’s allowed to move the cars from time to time.

Cars in the mid-price category, ie in the range between 50,000 and 150,000 euros, have developed steadily but never explosively, says asset manager Rauss. Higher quality cars, such as the Mercedes 300 SL or some Porsche or Ferrari models, have been “extremely” developed in some cases, but now prices are falling in some cases.

Rauss explains this with two reasons: “The general interest in cars is no longer present among today’s 20-40 year olds.” During their childhood, every 18-year-old boy wanted a motorcycle or a car. Today that is no longer the case. “Today cars are bought simply as a means to an end, if they are bought at all,” says the asset manager.

The other reason is the ecological aspect. Because vintage cars generate relatively high CO2 emissions. “One has to fear that veterans will get under the wheels with the Greens,” says Rauss. In terms of emissions, vintage cars “play no role” in terms of numbers, as they are not very important when it comes to protecting the environment. “In a sense, vintage cars embody the cult of the combustion engine.” In Rauss’s assessment of green politics, people will want to “eradicate” that. “I consider the ecological side to be the biggest threat to vintage cars.”

Jan Philip Rathgen, on the other hand, sees classic cars as less threatened due to public environmental concerns, generally not thinking much of black and white paint. In his opinion, classic cars can continue to coexist with supposedly green electric cars. It may be that one day vintage cars will no longer be allowed in city centers. However, he could imagine this could apply to all cars, including electric vehicles, as cities struggle with space issues. According to Rathgen, nothing should stand in the way of a vintage car tour of the backcountry in the future. “The only problem is the offspring, because they no longer want to own it themselves,” says the 42-year-old.

But what many car critics don’t take into account: If you look at the entire process from car manufacturing to scrapping, classic cars are basically “very sustainable,” Rauss explains. Regardless of more CO2 coming out the back. After all, driving an old car every day is much more environmentally friendly than buying a new one. “The problem, of course, is that most classic cars don’t drive like everyday cars. And that’s why this argument is a bit lame.”

But one factor could change everything, says the classic car expert, stating: “The only thing I see as a ray of hope for classic cars is if CO2-neutral e-fuels were available in sufficient quantities and at acceptable prices.” Then the whole discussion would be ‘muted’. If e-fuels came along, Rauss would change his mind. “So maybe prices could still go up after all.” But at the moment he doesn’t see much investment potential for vintage cars.

“No one knows how the price of classic cars will evolve”

If you look at the market, you can see that interest in vintage cars has already tended to wane, says asset manager Rauss. “A friend of mine sells classic cars. If he used to offer a fashion model, he disappeared after a few days. Today, cars sit there for months or even a year and can’t find a buyer,” he continues. The demand is no longer great.

If someone still wants to invest in classic cars, Rauss advises only investing in cars you like and drive yourself. “Just looking at possible price developments is wrong,” says the investment adviser. If you only see classic cars as a pure investment without emotions, it would become “complicated”. “You can see or expect value potential in many cars, but I’ll be honest: that’s reading tea leaves. No one knows today how the price of classic cars will evolve.”

Rathgen agrees: “There is no security. The car that nobody wanted before can now be a coveted and hard-to-afford classic.” In addition, the boss of Classic Driver also thinks that the fun of driving should be the priority: “Buy the car in which you can imagine driving down the 101 freeway and enjoying everything.” exercise, you would get something very important: “A good time”.

If you want to invest, it’s important to be familiar with the models and to know where you’re putting your money, says Rathgen. And more: “The greatest danger lurks in ignorance on the subject. But if you have a good hand and observe the trends, even on Instagram, things can also go well.” Rathgen cites the first generation of the Fiat Panda 4×4 as an example. A few years ago, cars in good condition still cost between 3,000 and 4,000 euros, reports the expert. Today, for example, 29,000 euros would sometimes be asked for the Sisley special model. “If you once bought your panda for around €3,000, that’s a great return.”

According to Rathgen, cars that are not pleasant but irritating will be in fashion in the future. Marcello Gandini’s Bertone designs, for example. “Another trend is Playstation generation cars,” explains Rathgen. “That’s why the models in the Need for Speed ​​​​series work so well. Since most of the consoles come from Japan, there is of course a strong connection to the domestic auto industry. Vehicles like the Nissan Skyline or the Toyota Supra still have a lot of potential.According to the expert, France’s popular classics also have good years to come.

If an investor says they have enough financial resources and enjoy the cars, that’s fine, Rauss agrees. But: “You also have to enjoy the car as a technical cultural asset and not just wait for the price to go up at the next auction.” So the Swiss advises investing in art instead of classic cars. “At least I don’t see any existential threat there.”