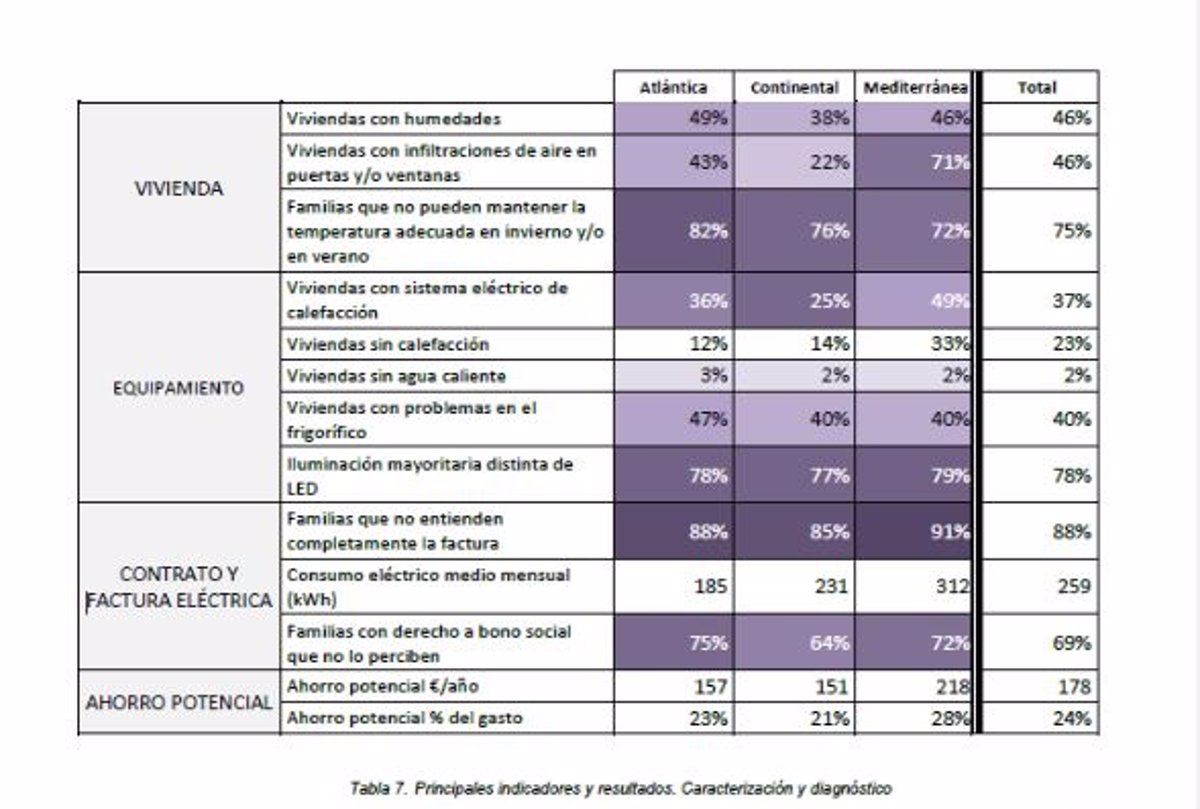 Up to 75% of vulnerable families cared for by the Red Cross say they are unable to maintain the right temperature in their home, especially in winter. In addition, 23% of these families report no heating, compared to 10% identified by the Institute for Energy Diversification and Conservation (IDAE) among the national population as a whole.

The climatic zone with the most families reporting that they cannot keep their home at an appropriate temperature in summer and/or winter is the one that includes Galicia, Asturias, Cantabria and the Basque Country (82%), followed by the Continental (76%) and finally Mediterranean (72%).

This data comes from the analysis of Red Cross projects to tackle energy poverty in 2021, released this Wednesday.

At the national level, the latest published indicators for 2020 show that 10.9% of the population is unable to maintain the appropriate temperature in their home during winter. Because these are vulnerable families, this percentage is much higher in the sample of households served by the Red Cross.

The average electricity consumption of families in 2021 was around 11% below the national average; and this despite a less efficient apartment and equipment, so that it can be concluded that the families looked after do not achieve the necessary comfort and do not have the same number of electrical appliances as the national average.

The Red Cross also points to the need for education and training on energy issues, both to understand savings and efficiency in consumption and the electricity bill itself, as 88% of its users say they do not understand it.

The average savings potential per family cared for by the Red Cross is 178 euros per year, which corresponds to 24% of their bill; According to the social association, this number is due in particular to the high number of families not receiving a social bonus (69%) or to unoptimized contracts (17%). The automation of the granting of the social bonus based on income criteria, which is demanded by many social institutions, would partially end this situation.

The Red Cross study also shows that 40% of households have a refrigerator in poor condition and 78% of households do not have LED lighting. Both factors, outdated technology and poor condition, directly affect family consumption. Humidity in apartments, air leaks in doors and windows or lack of hot water also add to these weak points.

The supply of material in the Red Cross energy efficiency kits and the replacement of electrical appliances aim to reduce consumption and/or improve comfort. It has been estimated that the reduction in greenhouse gas emissions achieved through these measures is almost 999 tonnes of CO2.

Yahoo Mail is down: Connection issues with the free mailer